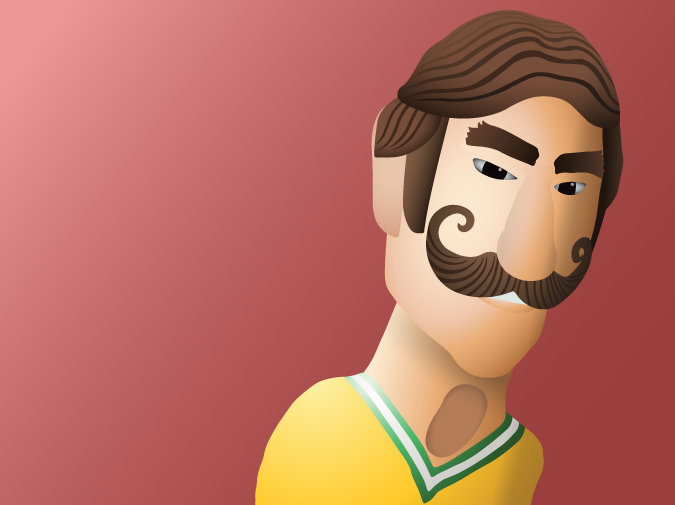 One of us liked the giant head races so much she got giddy when they’d appear in the left field.

One of us would buy knockoff hats on the walkway overpass, a special fondness for beanies with pom-poms on top.

One of us still had her giveaway from the days of Mark McGuire, a two-inch plastic figurine with a baseball that had slightly faded.

One of us had gotten heavy into romance novels after 2016 and was now writing her own romance series about four women with season tickets.

What would be a good name for a San Francisco team? The Breakers? The Quails? The Pelicans? The Fog? The VCs?

For a sex book?

We talked about the HEA: the Happily Ever After.

We went to about 30 games a year for two years. One romance novel was written. We ate homemade cookies with green and gold sprinkles and shared them with the nearby fans. We watched children grasp at foul balls tumbling down the aisles, watched couples get engaged on the big screen. We drank weak beers on hot days and brought rum to add to overpriced hot chocolate when summer nights turned cold. We read about WAR and OPS and gold gloves and platinum. We watched heartbreaking wildcard games on TV and in person.

Then the pandemic happened. The author turned 40 on Zoom, then the bighead fan did too. We printed and bound the romance book with a sexy cover—a commissioned drawing of a baseball player holding bat between his legs, his chin cheekily turned down and away from the reader. We kept the romance alive while stuck at home, watching games and chatting over Discord. Then the game came back and we wore our masks to the stadium. Then the owners threatened to move to Las Vegas. They doubled the prices of season tickets, no word on why, not even a press release. Like being ghosted. The owners refused to compete for one of our favorite players in the off-season, then traded away another a month later, another a day after that.

In the movie Moneyball, a movie about our home team, Brad Pitt as Billy Beane says “How can you not be romantic about baseball?” But our romance series is stalled. We haven’t talked together about the intricacies of writing a baseball romance for months. We didn’t buy opening day tickets for the first time that we can remember. We do plan on going to a game or two. Can’t make a clean break even if we wanted too. We’ll go for the drummers and children who’ve brought gloves from home, for the bigheads who’ve done nothing wrong, and most of all we’ll go for each other. Because even when the romance ends, the relationships remain. And there are still romances left to write. TBD.

Katie Schwarz is from Oakland, CA. She is currently writing a memoir about growing up with a chronic illness from childhood through adulthood. Her writing has been published in The Los Angeles Review of Books, The Bold Italic, and Brevity's Special Issue on Disability.

Elliot Alpern is a recent graduate of Columbia University’s MFA program in fiction, and a Founding Editor at nocontactmag.com. He writes from Virginia with his wife and their intern, a young dachshund. You can find more of his work on his website.