Refreshments at the Execution 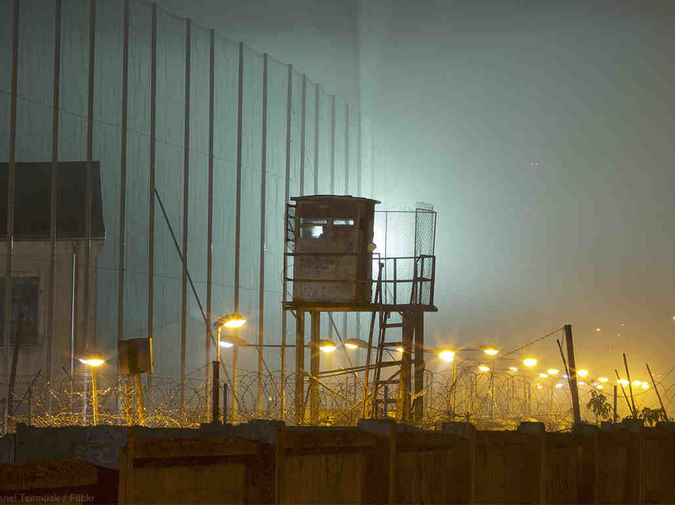 Witnesses to the execution of Bobby Meyers were offered coffee or bottled water beforehand by prison staff. The coffee was regular Folgers, the water generic, both purchased in bulk from a state-approved vendor. The macabre nature of being offered refreshments at an execution was silently noted by multiple attendees.

Of the nineteen invited family members, law enforcement officials, and media representatives in the witness room, four opted for the coffee and three chose the water. One additional witness brought their own Mountain Dew, and another snuck in a bottle of Ice Mountain water spiked with vodka. No food was offered by the state, but one witness had a granola bar in her purse, and another ate Skittles purchased from a prison vending machine. Of the nine total witnesses who consumed refreshments in the witness room, only four continued to do so once the execution was underway. This included the witness with the Skittles, for whom chewing on multiple Skittles at once was a frequent nervous habit.

Bobby Meyers himself was offered a last meal earlier in the afternoon, and chose a pulled-pork sandwich, a root beer, cookie dough ice cream, and — incidentally — a bag of Wild Berry Skittles. He was also offered a choice between lethal injection and the electric chair, having received his sentence before the latter was gradually phased out. He chose the chair.

When they placed the wet sponge on Bobby Meyers’ head, a trickle of water ran down his cheek, which was wiped off by a guard before he was offered the opportunity to say some last words. He declined, and when they pulled the black hood over his head, the witness who ate Skittles behind the tinted glass partition observed that besides death, Bobby Meyers was also technically sentenced to blindness for the final moments of his life, however brief.

Around this time some 400 miles away, Ashley Robinson had just taken off her clothes in her date’s bedroom when she received a text message from her mother:

Ashley’s mother was not present at her distant cousin’s execution, but was in touch with somebody who was. Ashley chose not to say a prayer because she didn’t want to ruin the moment. And also because she simply didn’t want to think about it, period.

Ashley’s date, of whom she was already quite fond, had offered her a variety of craft beers, whiskey, or just water when they arrived at his apartment, but she declined.

And though Ashley didn’t want to think about it, period, she couldn’t help but wonder if her distant cousin Bobby — whom she never met — had provided any kind of food or drink to 21-year-old Katie Seelinger before he raped, strangled, and mutilated her in her own bed in 1997.

After mutual back-to-back rounds of oral sex in her date’s bed, he once again offered her a beverage, and she chose a milk stout. Ashley’s date chose an IPA for himself, and they proceeded to watch two episodes of The Great British Baking Show on Netflix in his living room. He offered her the opportunity to stay the night, and Ashley—who had to work the next morning and didn’t want to rush things—declined, but not before offering him her number, which he accepted.

Will Kelly's writing has appeared or is forthcoming in Hayden's Ferry Review, Puerto del Sol, the Beloit Fiction Journal, and decomP. He received his MFA in Fiction from the University of Wisconsin-Madison. He can be found on Twitter at @OtherWillKelly.