Of Course Not All Men Find Music Again 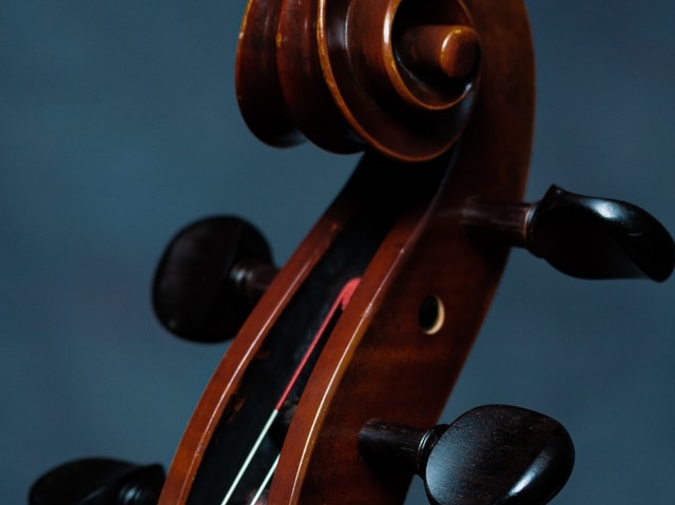 In a hotel room in the 90s, a Japanese man hired by the Opera to repair Chinese-made violins is crouched over a mess on a grey rug, thinking: maybe I could turn these 12 violins into a house and live there until everyone knows my name. He is new to Cairo, and anonymity gnaws at his hair and bones like bugs. Across bridges and on the fringes of the desert, 12 boys wait impatiently for their instruments. The man wanders the tone-deaf streets, looking for spare parts for ancient instruments that had been crafted to work only underwater. Every time he visits a carpenter, he holds his breath, empties a large bottle of water over his head, and waits for any of the objects to make a sound. More often than not he is met with silence. Just a wet man surrounded by stunned men, their saws in the air. Once or twice, a knob or a sliver of wood launches into brief song around his dampened body. Both times he comes back to his breath, grabs the parts, and runs out. The boys coil old, worn socks into a ball, and kick it across the streets at dusk. Cold and friendless, months later the man breaks the violins and stuffs them into small treasure boxes, so when they were older, the boys would be sent the remnants. It is hard to trace the last happy year. In the summer of ‘98, the man takes all the spare parts and the scrap wood he collected, and jumps into the Nile. There he finds music. In the opening scene of some film made by a man who played violin until, at the age of seven, his instrument was sent to a repairman and never returned, saltwater runs down a man’s back and in the trick of light looks like a spatter of scars. And then like streams of water. Then like strings. Then like water. The shore grasps for his body like night.

Sara Elkamel is a poet and journalist living between her hometown, Cairo, and New York City. She is the author of the chapbook Field of No Justice (African Poetry Book Fund & Akashic Books, 2021). She holds an MA in arts journalism from Columbia University and is currently an MFA candidate in poetry at New York University. Elkamel's poems have appeared in The Common, Michigan Quarterly Review, Four Way Review, The Boiler, Memorious, wildness, Nimrod International Journal, and as part of the anthologies Best New Poets 2020, Halal If You Hear Me and 20.35 Africa, among other publications. Elkamel was named a 2020 Gregory Djanikian Scholar by The Adroit Journal, and a finalist in Narrative Magazine's 30 Below Contest.