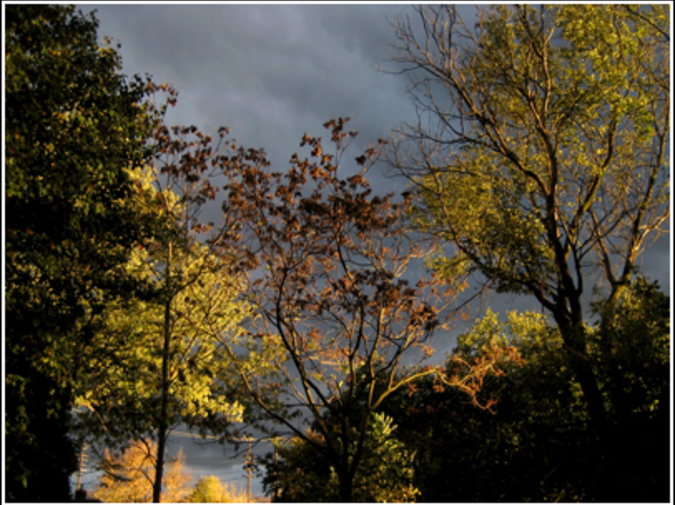 I bought a storefront in town, a Walgreen's that kicked the bucket some months back. The townspeople speculated on what I'd turn it into. One guy told me that the neighborhood needed a stamp shop, that there were no good stamp shops in the town, and stamp collectors like him had to drive two towns over to get the stamps they needed. I told him I'd think about it. Some teenagers said I should build an indoor skating park, and then butted heads. On the day of the grand opening I still hadn't decided what I wanted the store to be. I'd laid down new carpet, a steely blue, nothing too showy, and painted three out of the four walls with a fresh coat of white. I slung a "Grand Opening" banner below the missing store sign, and buffed the display glass to an inviting sparkle.

"What is it?" an older couple asked me.

"I'm not sure. You should check it out." She poked her head in the door.

"Does it cost money?" Harry asked.

"Five dollars." He nodded slowly, contemplating the value, and paid me. They stayed until close.

Word spread. People came to check it out, shoppers from the stores adjacent, others that lived in the neighborhood. They sat on the floor, or looked at the walls, sometimes for hours. One man told me, upon leaving the store, that he'd been planning to move to North Carolina for a job, but he was going to stay now to remain close to his family.

Other small things happened. A woman in a yellow dress decided she was more of an earth tones person. A cashier at the shop next-door said he was going to seek out the love that left him so many decades ago.

Customers began visiting from out of town. A minimalist magazine asked if they could photograph my interior arrangement for their next issue. The skateboards stopped in, sat cross-legged on the floor for an hour and a half, and when they came out decided they preferred the graceful, natatorial strides of rollerblading.

In the sustained quiet of the store, men proposed, three I believe, one couple separated, two men glanced at each other from across the room and fell in love, a dance instructor regressed back to her past life as a Bavarian mountain man, and a police officer finally understood the source of his fear of clowns.

Eventually I decided on a stamp shop. It brings in good business, a steady influx of regulars. But it's clearly different; for example, one might notice all the new "stuff" around, and the ambient jazz music radiating from the ceiling during business hours. Sometimes old customers poke their heads in, ask if they can park on the floor for a few minutes. I tell it to them straight, buy a stamp or get out. They expect they'll close their eyes and things will go back to the way they were. It's never the case. They rise from an uncertain meditation, purchase their stamp, and wander outside, disappointed to learn that our stamps are antiques and have no actual function in the world.

Ravi Mangla lives in Fairport, NY. His short fiction has recently appeared online at Wigleaf, elimae, Dogzplot, McSweeney's Internet Tendency, and is forthcoming in print in One World: A Global Anthology of Short Stories. He can be found at ravimangla.blogspot.com.