My First Concert: Kenny Rogers in a Roller Skating Rink on Valentine's Day 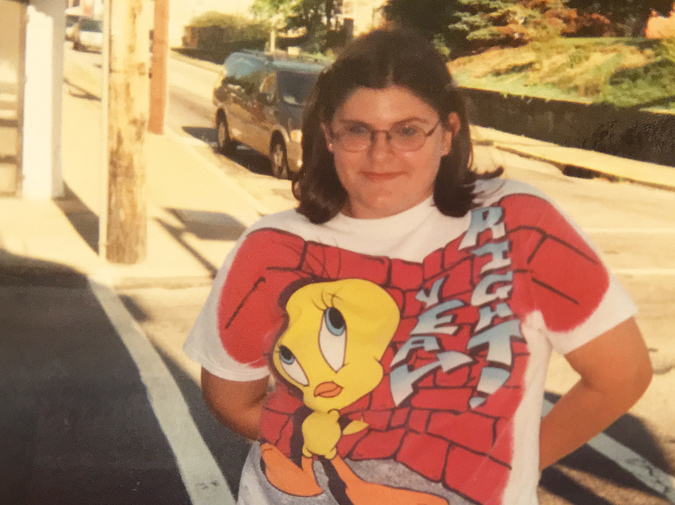 The two childhood achievements I was never able to master are cartwheels and roller skating. In both cases, my legs were the issue. I could never straighten my legs for a cartwheel and with roller skating, I could never move them right. Everyone else glided on wheels and I tottered, afraid of falling. Maybe fear was the real problem and not my legs.

Fear was also what kept my parents from letting me go to concerts. My mom in particular was super strict about it. While my friends got to see No Doubt and Lilith Fair, I got lectures on how concerts were full of drugs. Of course, since it was forbidden, there was nothing I wanted to do more.

She relented on February 14, 2000. My family was finishing up dinner when I got a call from my friend Gretel with a free ticket to the Kenny Rogers concert that night. I thought my mom wouldn’t let me go, but she said yes, probably because Gretel’s parents were going to be there. I didn’t care. I was still going to my first concert and that was good enough for me.

Earlier that day had been my first Valentine’s Day in high school. Before this, I had attended the same small Catholic grade school from kindergarten to eighth grade. The whole class exchanged mass produced drug store cards with each other, no big deal. Now, in a bigger school, it would be impossible not to leave someone out. Plus, did people even give each other Valentines anymore? A little part of me thought it might be nice.

I found cute cards featuring The Powerpuff Girls. I whittled down a list of 32 people from a mix of my classes and marching band mates. I wrote their names on the front with an exclamation point and scribbled my own inside.

I never gave out a single one. I waited to see if anybody would give me a card too. The only person who did wasn’t on my list and I felt bad I didn’t have a card ready to give back. By the end of the school day, it was too vulnerable to show I cared. The cards stayed inside my backpack until I eventually threw them away.

Six months earlier, when it was technically fall but still as hot as summer, Gretel came over my house before the first football game of the year. She and I played around with my pink and blue color guard flag and snapped pictures of each other with a yellow disposable Kodak. She was in a black spaghetti strap tank top, I wore a Tweety Bird t-shirt, and we both had butterfly clips in our hair. Later, we took a walk down the main street of our tiny town, keeping an eye on the drivers to see if we knew anyone. A few honked, but I knew it wasn’t for me.

At one point, she turned the camera on me and I struck a goofy pose as usual. Come on, she said, look sexy. I didn’t want to admit I had no idea how to do that. I leaned against a fire hydrant and arched an eyebrow above my crooked wire rim glasses.

The concert was held at Divito Park, a joint ice skating and roller skating complex that had opened a few years prior and immediately became a local teen hangout. Parents took turns dropping off and picking up kids in a minivan caravan. Once inside, kids would run around, play air hockey, gossip, eat cheese fries, smoke cigarettes, and maybe skate.

The area around Divito Park used to be coal and coke country. That’s what the little patch town was best known for until Divito Park came along. The coke ovens had gone cold a long, long time ago. There was an old company store and company houses, duplexes, one family on each side. In 2010, the facility changed hands and the name became The Ice Mine. The hockey team is the Ice Miners, their logo a grimacing coal miner with a blazing miner’s helmet.

At the time, Kenny had his first number one hit in over a decade with “Buy Me A Rose”, a sweet song about keeping the spark alive in a long relationship. The video played constantly on the Country Music Channel when we watched it at Gretel’s house.

Out in the lobby, where my friends and I would pick up our skates and squeeze into booths to share nachos, there were a few merch tables selling Kenny’s face on t-shirts and CDs. One of the tables was doing a ‘buy a rose for Kenny’ promotion. For $5, fans could purchase a rose and leave them on the stage for Kenny. Five bucks seemed like a lot for a single red rose, but that didn’t stop his die hard fans from waiting in the long line. One man wearing dirty big ‘n tall overalls had a whole armload of crimson blossoms. He grinned a toothless smile.

The roller rink usually had pulsing lights and dance songs on a loop. That night, folding chairs had been set up in the dark room and at the far end was a stage. Our seats were in the middle, dead center.

After I hung up the phone with Gretel, I asked my mom if I knew any Kenny Rogers songs. “The Gambler” is his best known, but the song my mother sang was “Lady”, a ballad of yearning that blurred the country-pop lines. I recognized it from the oldies station. He played it toward the end, a few songs before “The Gambler”. His tan face and white beard glowed in the darkness.

I had snuck a lighter out of the house so I could hold it up during the finale, like I saw on TV. When the last song came and no one else lit up, I kept it in my pocket.

Andrea Laurion is a writer and performer from Pittsburgh. Her work has been published in Slate, The Washington Post, Shondaland, and The Rumpus, among others. She likes libraries, karaoke, gin & tonics, drinking coffee on her porch, and seeing where the night takes her. She sends a fun free newsletter and she's on Twitter, like everyone else: @andrealaurion