My Children, Who Sleep From the Ceiling 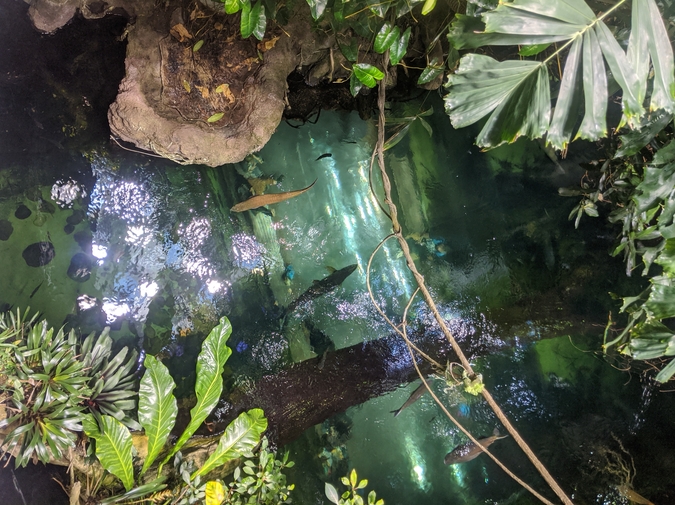 I did not ask for the children. They came uninvited, as most children do, sometimes with trinkets or pets. Of their pets, the seagull is my least favorite. He is an ugly, smoke-colored creature, quite scrawny, with pale orange eyes.

At first, I expended a great deal of effort to properly care for the children. I picked healthy greens from the yard where they play and served them on platters for dinner. I set very strict bedtimes of six o’clock sharp and allowed for no arguments. I recited multiplication tables and made careful plans for the future. As their numbers have grown, however, the children have complained of hunger. To address this, I boiled some greens in a soup, the tough, chewy ones that the children don’t like. But the children will not eat the soup. Instead, they demand flowers. I plant many flowers — lilies, petunias, hyacinths, orchids — but the children pull them up before they can bloom. I try my best not to blame them.

To make matters worse, some children have begun to spend their nights on the ceiling. As soon as I’ve managed to coax one down, another two have made their way up. Of course, they prefer the sunroom ceiling, which (being almost entirely glass) is the most dangerous ceiling to sleep from. They huddle in clusters, looking down at me, sullenly. I suppose they are rebelling. More than once, I have seen the seagull perching among them.

Before all the others, there was Ally. Ally had come from a very long way; she told me so when she came, and I believed her. She was light-skinned and freckly, with brown-colored hair. I dreamed we would grow old together.

Several months later, Michael arrived. He was a dark-skinned, curly-haired boy, precocious, full of limericks and proverbs. He brought with him a small chickadee, which sat on his shoulder during meals. Michael seemed to bring Ally great joy. Secretly, I feared that she would grow to love him more than me.

After nearly a year with Michael and Ally, they began to come by the dozens. Every day, I found new children swinging from lamps, hiding in cabinets, clustering beneath armchairs and tables. I interrogated Michael and Ally. Had they summoned the others? Was I not enough? Of course, they denied it. At the very least, they have promised not to go up to the ceiling.

Now a child has fallen from the ceiling and broken his neck. I did not see the fall, but I did hear it, and I ran to the sunroom at once. When I arrived, I saw a group of children carrying the boy away. Ally, I noticed, was among them. Reluctantly, I let them pass.

Several hours later, I went out to water my flowers and found the poor boy’s skeleton. The children had devoured his flesh, but they’d left his soft-blue eyes wide open. I closed his lids, with great somberness, and buried him by my garden.

At this point, I decided it was time to get the children down from the ceiling. Armed with a ladder and a broom, I returned to the sunroom. I climbed to the top rung, wielding my broom, and issued several harsh warnings. When these warnings went unheeded, I began to bat at the children.

One by one, they fell. Some shrieked and thrashed on their way down; others dropped easily. Three fell very hard and did not move again. At one point, I looked down and saw Michael standing at the bottom of the ladder, gazing up at me.

Now it seems that every last one of my children has gone to the ceiling. I found them this morning, when I came downstairs, huddled together like a cloud of locusts, shrouding the room in a hazy darkness. To my relief, Michael and Ally were not among them. Inches from my feet, the seagull was picking the flesh from the three children who had fallen the day before. I took each of the fallen children outside and buried them by the first one.

That night, Michael was the only child to attend dinner. I served my soup, reheated, which he sipped politely.

He said nothing. I found myself gripped by an urge to snatch his bowl and dump it over his head. Thankfully, I did not.

We found Ally hiding upstairs, in a closet. Her face was red-streaked, as if she’d been crying, and her dress was stained with dirt. Michael’s chickadee, I noticed, was perched on her shoulder. Furious, I dragged her out by her hair and slapped her several times across the face. Michael held my leg and sobbed.

“She knows what she’s done,” I told him.

I have locked the children in the sunroom. Before long, the ceiling will grow too hot, and they will be forced to come down. Michael and Ally are in my bedroom; I cannot risk them joining the others.

In the meantime, I have been tending my garden. Soon, the flowers will have to bloom. When they do, there will be plenty to eat, and the children will love me again.

The children have come down from the ceiling. In fact, when I returned to the sunroom, I found them, not on the ceiling, but on the floor, where they lay together, very still. The flowers, I thought, had not bloomed soon enough. In the corner, I saw the seagull crouching, smug and bloated.

With some help from Michael and Ally, I was able to bury the children. There were eighty-four in total — fewer than I had expected. Later, Michael managed to capture the seagull, using a large, linen sheet. We beat it to death with a rolling pin.

Michael and Ally are growing older. One day, Ally tells me, they will have children of their own to care for. I have come to accept this; I no longer blame them. Like me, they are preparing for the future.

Alyssa Asquith’s stories and translations have appeared in The Washington Square Review, The Portland Review, and Prime Number Magazine. She has an MFA in fiction from the Iowa Writers’ Workshop.