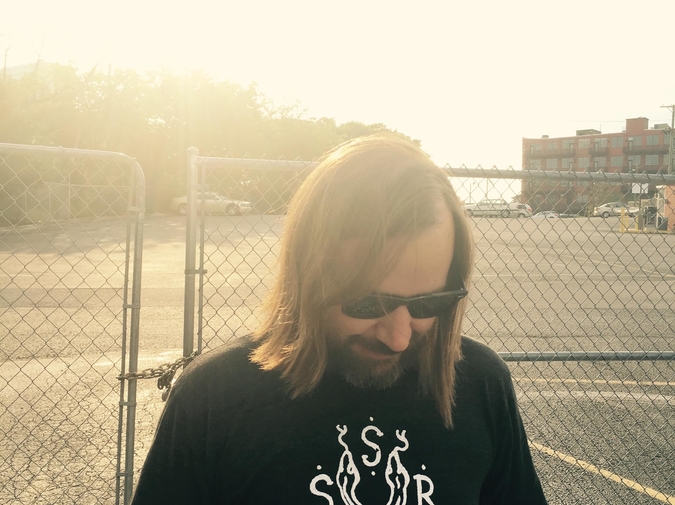 1.   A living room strewn with empty brown beer cans, but no people around.

2.   Coming to Jesus with my mom leading the sinner’s prayer in the laundry room at age 5, while she folded the towels.

5.  The house two-doors down where a nice mom had sweets ready for kids whose parents didn’t provide the good stuff, and also two daughters who walked around on purpose in their underwear.

11.  Punching that kid in the face — the only time I've done it — at the neighborhood pool when he came up for air after foul play during sharks and minnows.

14.  A seizure in the audience and prayer-circle response during an Amy Grant concert at the budding Christian Rock festival in 1984.

17.  Small boxes of sugar cereal my gramma had in the cabinet above the oven.

18.  The old orange tractor her shitty second-husband motored around their giant yard with me steering from his lap.

19.  The kid one street over named Kyle, who was so skinny and somehow sick that he had to have a milkshake every day, which his mother tracked with foil stars on graph paper.

21.  Free soda from the snack bar after soccer games; the only real reason I played.

22.  Candy bars from Sunday School if we recited the books of the Bible in order.

26.  Sledding into the ravine, slamming my sister Mary Lynn's back with my stiff legs, which I think still causes her pain today, and it causes me pain, too.

29.  Badly losing a boxing match to a redneck during a camping trip with The Royal Rangers, an Assemblies of God foil to The Boy Scouts.

33.  The glass plates in the porch lights rattling with my dad’s big sneezes.

34.  My other sister Cindy’s red-haired friend constantly posing like Spiderman, saying thwiiiip with a lisp as he thrust his wrist forward.

38.  The neighbor lady wagging her finger when she caught me pissing in the side yard.

44.  Toads we kept in cardboard boxes until they died.

49.  My sisters performing a top-notch dramatic version of “Movin’ Right Along” from “The Muppet Movie” on the back patio complete with life-sized cardboard car cutout.

50.  Later, me performing a karaoke concert on the same patio to Van Halen’s “Panama” with the chorus lyrics changed to Poop-on-a-Moth and feeling so ashamed that I returned the pennies I’d charged the neighbors for entry.

54.  My mom’s short stint working at Dick Watson’s World of Carpets and her story about dinner at his house, and pubic hairs on his toilet.

57.  Sitting down with notecards, an upside-down hamper for a table, determined to write down every joke I knew, but only remembering a few.

59.  Mom and I on a bike ride, her chain slipping and sending her to the street hard and putting blood on her knee, and how it felt to see her hurting.

62.  Being sent right back to Steve Gibbon’s house to return a borrowed copy of Michael Jackson’s “Thriller”, because it had demons inside.

65.  The warm Pizza Hut box on my lap during the ride home on the rare occasions we ordered out.

67.  My uncle the plumber, who was broke, but definitely happier than everyone else.

69.  Meatloaf with tons of catsup inside and bacon on top.

70.  Wendy's advertising their new crispy nuggets using Kool & the Gang's “Celebrate Good Times (Come On)" with the lyrics in the bridge changed from Ceellllllllll-a-bra-tion to Criiiiiiiisspy Nuuu-u-ggets.

77.  The “wave perm” mom gave me, and the way Miss Latizia told the laughing class she thought that it looked cute.

78.  My disturbed aunt using ten times more suntan lotion than her skin could absorb with a shower cap on her head to keep it out of her hair.

79.  The way she counted pennies all the time.

80.  The way mom made fun of her but also protected her.

89.  The blue fiberglass boat dad bought and crashed into the dock on our maiden voyage.

91.  My Easter basket, fucking unfairly hidden in the house across the street.

95.  Mom explaining that the color of the mole on my knee was off to the side of the little flesh bump because God missed when he spray-painted it.

96.  Pretending to trip on snow boots in the coatroom in Kindergarten so I could fall into Stacy’s back.

99.  The teacher dumping Ryan's desk onto the floor with pens, erasers, and Kleenex everywhere, and the way the pile of stuff smelled just like Ryan, which was like shit.

101.  A Christmas morning fight with mom.

103.  The space shuttle exploding over and over on the TV in the school cafeteria.

110.  Jon, who I thought would be President, whose mother instructed him to stuff a snowball down my coat if I stuffed one down his.

116.  Mary Lynn getting a tampon lost inside her body.

127.  Cindy hollering down the stairs to my mom in horror the first time she smelled B.O. under my arms.

128.  Lying on the floorboards in the backseat of dad's car, vibrating with the road, far from any seatbelt.

Adam Voith is a Nashville-based booking agent at Billions where he's lucky to represent several badass artists you may like. Adam ran the mid-brow championed TNI Books from 1999 to 2000-something, which published books & other book-like things. After a 10+ year break, he’s writing things down again