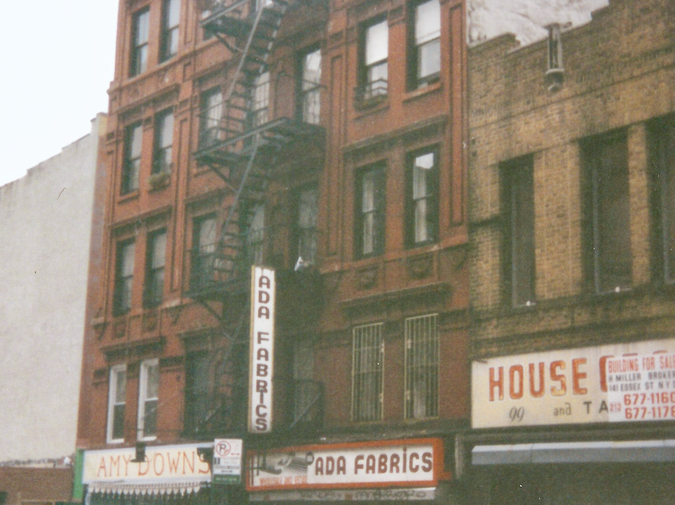 Steven Hall lounges on the stoop, his tall frame stretched like a cat’s in the sun, poems in his right hand and a joint in his left—

still the boy you asked to fuck when you first met, still the handsome devil—but enough of that, you lift him up by the arm, such a warm day, such hot guys—

Steven: You just can’t get over them, can you? And he’s right, there’s a blur of boys at the clubs, each one prettier than the last, but here’s Steven,

ambling along with his sleeves rolled up, talking about some new poem of Allen’s. Oh, yeah, you have a gig tonight,

you and Steven and Peter—Allen’s lover—at the Poetry Project, it’s Public Access Poetry, you’ll be on live TV!

At the candy store, you buy a nickel bag—at home, you get stoned and fool around on guitar—and before you know it

the church clock chimes 6:00 and you’re rushing to St. Mark’s in a winter coat to rehearse—man, how did it get so cold all of a sudden—and then

the camera’s on and Peter’s reading and it’s time for the songs, Peter picking at a banjo, Steven groping his guitar, you plying your cello like a bass—

and you’ll go to the Paradise Garage later, groove to disco and loosen up to a boy’s fickle mouth, find some sweet cock yourself—

Reuben Gelley Newman (he/him) is a writer and musician from New York City. His work is available in perhappened, diode, and DIALOGIST. A recent graduate of Swarthmore College, he was a Fall 2020 intern at Copper Canyon Press. He tweets @joustingsnail.