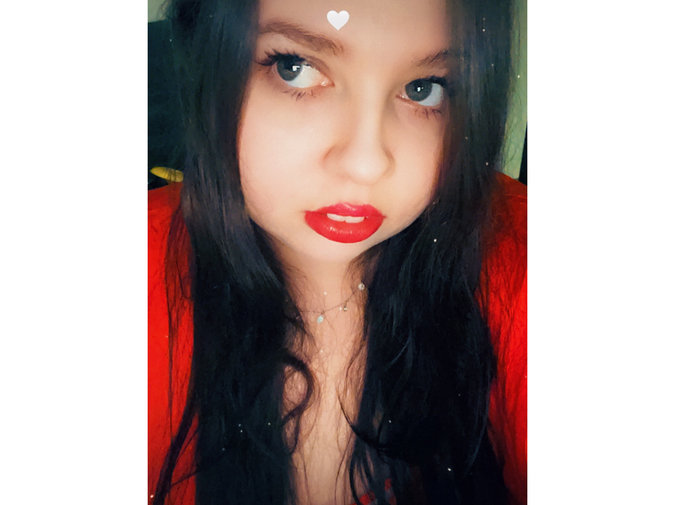 I have never been confident on camera, but this live streaming service was new to me. One night, I had been trying to fall asleep when I heard that a YouTuber (Ana Cadence) I watched was going live via a service I hadn’t heard of. I downloaded the streaming app, and it opened an entirely different world. There were; artists, singers, poets, sex workers, entertainers, comedians, and everyone you can think of.

I spent the next few days scrolling through, finding my way around. That was when I stumbled across his page. All he did was talk about random subjects, but something about him pulled me in. His posture was very regal, but he had this calming aura. It was exciting! I finally had something to look forward to. The prospect of having a man love me gave me this maddening euphoria. He was my escape. He would answer questions if he were asked any. You wouldn’t find one of his streams where he wasn’t rolling cigarettes. He would wear a wife-beater which would make so much sense later on.

After that, I attended his streams 24/7. He used to stream for hours and hours, and I’d stay up to watch. My confidence grew, and I started asking him questions in the chat. There was another girl in discussion with whom I grew friendly, and we all had such good fun. I wasn’t writing a lot, so this was where I went for release. Eventually, my feelings for him changed. Every time I saw the notifications pop up, I would get butterflies.

It was on a Saturday that I joined his stream. My parents were going out for the evening, so I had the house to myself. I spent a few hours doing my make-up and picking out the right clothes. My mouth ached from smiling so much. We flirted back and forth, with him taking his usual cigarette breaks. He made me feel like I could be attractive to someone. We talked outside of the streams, and he often said that I looked good in red.

But, it wasn’t all good. He proudly stated that any woman who has an abortion is a murderer. In his mind, women were evil. And, despite all of this, I continued to talk to him. My yearning for male attention was far greater than the width of my moral compass. I have never been naive. I knew exactly what he was saying and what that meant, but I ignored it because I wanted to have someone.

I was in therapy during this, and even she told me I should cut ties. This world started to crumble when I made a flippant comment during one of his streams. A user had asked how old he was, and I replied with the age he would be in the coming months. I looked on in horror as his demeanour suddenly became soft with a quiet rage.

“She just asked how old you were. I’m really sorry!”

I could have burst into tears. I panicked and left the stream, shutting down the app and retiring to bed. I had therapy in a few hours. I tried messaging him in the morning, but he wouldn’t answer. My therapist kept talking to me, but I was distracted. I have always hated it when men are angry with me. It’s almost a little frightening. Suddenly, I felt my phone buzzing in my pocket. I knew it was him.

Rushing out of the building, I frantically grasped for my phone.

“You told someone my personal information. It’s best if you don’t attend my streams anymore.”

“I didn’t! I only told her the age you would be in [redacted], not the year you were born!”

He refused to believe me for a while until my pleading worked. And, in a drastic turn of events, he found my begging funny.

“Lol. You’re acting like you’re about to lose a boyfriend.”

“Please, can I attend the streams again? And, can we go back to normal?”

Relief washed over me, and I went and bought myself a pumpkin spice latte.

Things were typical for the next week, but things became sinister. He had started sending me incoherent messages that contained binary code and talked about being a God. I tried to reason with him, but he wasn’t making any sense. So, I decided to screenshot a portion and send it to our mutual friend, who I had met on the streaming service. She didn’t seem to understand the severity of the situation. In the midst of it all, she also started sending messages that contained binary code and appeared to be copying messages he had sent me. Not wanting to hear a bad word about him, she said I was evil too. I wondered if they were in this horrible prank together.

A message popped up.

“Oh, so you’re showing people my messages now too?”

He was furious with me because I had shown someone his messages out of concern. He started ranting at me that I was disrespectful scum. He compared me to various religious sects, and then, he drew the final straw.

“I would slap you to show you this isn’t a joke. Do you understand?”

I physically sat up in my bed. I knew I had to get out of that situation. I was terrified of him, despite living thousands of miles away. I politely told him that I would delete the app we used to message each other as I didn’t use it that much. He seemed fine with it, so I did. Immediately after that, I deleted my account on the live streaming app.

It has been five years since this fucked up story happened, and somehow, I finally found a man who would have loved me until the end of time. We had dreams of hitting up the absinthe parlours in Paris and writing poetry in the Les Deux Magots. Tragically, he passed away from cancer before we consumed our relationship. Trauma runs through my blood, seeping into every pore and exposing me to the worst kind of drug, love.

Courtenay S. Gray is a writer from the North of England. You'll find her work in an array of journals such as A Thin Slice of Anxiety, Misery Tourism, Expat Press, Red Fez, and many more. She will often post on her blog: www.courtenayscorner.com.Twitter: @courtenaywrites  Instagram: @courtenaywrites