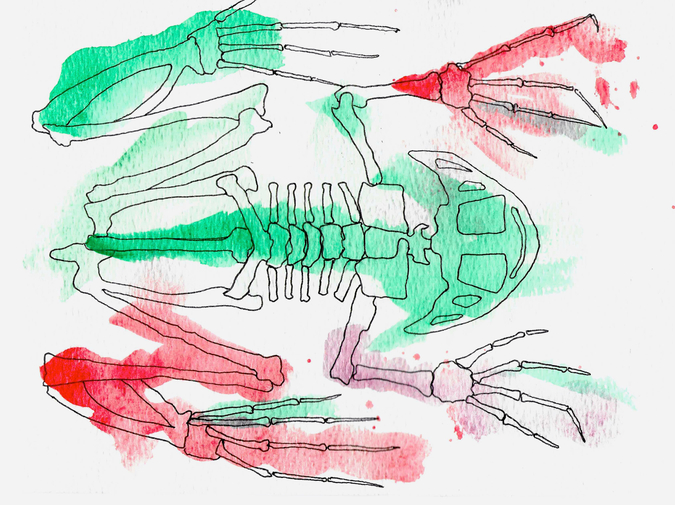 Damn. This was the song—the song we danced to in perfect rhythm with each other. No words—just movement, and it was all in our shoulders. I never saw the movie, but I got the soundtrack for that one song, and every time I think about that song, I think about how we danced and they watched.

If only I had the confidence.

“Aaliyah is playing on the stereo right now” was all the message said, and it was all I ever needed to read. She remembered.

We were driving around once—I played this song on repeat. Most specifically, just the opening part, over and over again.

“Baby did you hear that yeah baby I heard it too/Look out the window golly the sky is electric blue.”

And she laughed, and every time it’s storming outside, I think about that drive.

This movie was full of magic, and when “One” started playing during the movie, she mentioned how she loved this song. Later I bought the soundtrack and listened to this song, just this song—I’m not sure what else was on that album, it was only this song.

That scene with all the frogs—it’s hard not to think about her when I think about frogs: “Two can be as bad as one, it's the loneliest number since the number one.”

First off, I didn’t know coffee or how to drink it or any of the other espresso drinks. We went to the bookstore cafe before going to the movie theater. She knew what to order, and I didn’t and I didn’t even know how to order so I just quickly asked for an Americano, pretending that I knew what I was doing. Every question the barista asked, I responded with saying yes so confidently. We sat down and I took a sip and wanted to spit it all out, trying hard not to cough—when she left to use the restroom, I poured all of it out into the bin, leaving only a sip or two left. And when she got back, I finished off my drink and mentioned that we should head over to the theater.

I honestly didn’t know that Elliott Smith would be on the soundtrack. I had no clue. And when this song started playing—damn. Too many emotions to understand but all that I knew was that I was there, with her, and Elliott Smith was playing.

“I’m in love with the world/Through the eyes of a girl.’

I don’t think there was much else to say.

We were driving to a track meet in your Wrangler, which was about an hour away. We got lost, and we were late for the meet, but we didn’t miss any of our events. It was a pretty day—sunny. I had to hold the starting block for the 200m she was about to run. She said she was so nervous, and I tried to tell her a knock, knock joke.

“Not now,” she said and laughed.

And the horn went off and she ran.

When Finn starts to sketch Estella, and as the song eventually gets faster—the feeling of raw love, this strange thrill of seeing and hearing and experiencing art and art and art all combined into a crazy energy of confusion and chaos. I remember I wanted to turn my head to her. But I couldn’t—so nervous, so lost.

And then of course, later on:

“Don't you understand that everything I do, I do it for you? Anything that might be special in me, is you.”

I’m guessing she knew who it was me who put this in her car while she was away. I should have put the track number to listen to, though—there was that one line, that one line that made me think about her every time I heard it. I listened to that one line on repeat—constantly pressing the back button on my discman, just for that one part.

That one song—that line, when I was in India during the winter break, that was all I played. In the Kolkata traffic, at the flat, walking around, restaurants, everywhere—“I keep falling over, I keep passing out when I see a face like you.” The rest of the world just faded away.

Cracker
The Perks Of Being A Wallflower Soundtrack
Track #7

This was the last movie we watched together in the movie theater—some ten plus years later. When this song came on—I felt just as I did way back when, sitting next to you, nervous and shy, emotional. I was 16 all over again. And that ending—damn, that ending, it got to me and got to me like I was in love fifteen years ago in an alternate universe. I don’t know if we’ll be able to watch another movie again, together at the theater, but if we don’t—I wouldn’t have it any other way, for this to be the last movie. It will certainly last in infinity.

Shome Dasgupta is the author of i am here And You Are Gone (Winner Of The 2010 OW Press Contest), The Seagull And The Urn (HarperCollins India), Anklet And Other Stories (Golden Antelope Press), Pretend I Am Someone You Like (Livingston Press), Mute (Tolsun Books), Spectacles (Word West, forthcoming), and a poetry collection, Iron Oxide (Assure Press, forthcoming). His fiction, poetry, and creative nonfiction have appeared in McSweeney's Internet Tendency, New Orleans Review, Redivider, Necessary Fiction, New World Writing, Magma Poetry, and elsewhere. He lives in Lafayette, LA and can be found at www.shomedome.com and @laughingyeti.