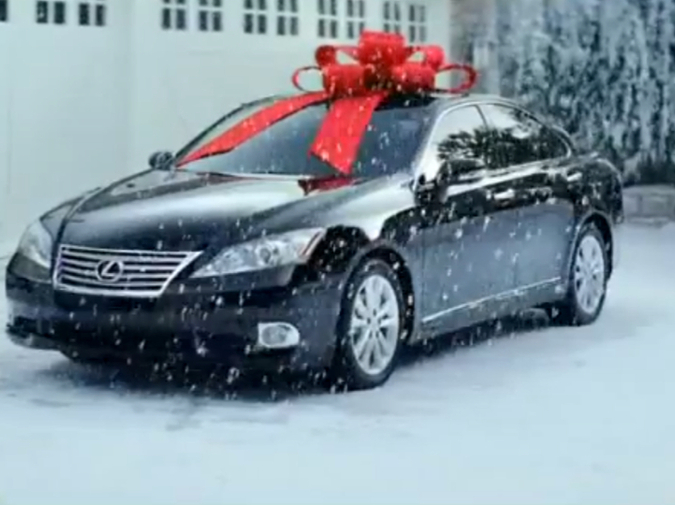 Cynthia wakes to coffee smell and the sounds of William getting breakfast ready for the kids. She closes her eyes and for a moment, it is as if everything is normal. Like last Christmas, the one  before, like every holiday since they made the move from Hoboken to Greenwich. She holds onto the idea of normal, pushes away the questions, the dark thoughts that wait like traps at the edges of her mind, and lets the sensations take over: the twelve-hundred thread count Kate Spade sheets, the smell of cinnamon buns and coffee, the Christmas music, the kids shouting and asking when they can start unwrapping presents. For a few glowing moments, it is as if all the pieces of her wonderful life are still anchored in place.

But then the glow deadens again and what’s left is the pit in her stomach, the pressure on her bowels, the feeling like she’s caught in an undertow, being sucked toward some blank horizon.

She rushes to the bathroom and releases her bowels. Nerves, the doctor said. The stress of the holidays. If only he knew.  The wine is still heavy in her head, and she wonders how many bottles they drank last night, how much of their ghostly portfolio is currently emptying into the toilet. She remembers the fire, the television’s white babble, each of them playing with their iPads. Pouring more wine. She remembers William hinting at a present, making puns that she didn’t quite understand. She remembers that last night was one more night he didn’t tell her. At the time, she was furious, but now, sitting on the toilet with the sounds of Christmas – normal, wonderful Christmas – happening just downstairs, she doesn’t know whether to ascribe his continuing silence to hubris or chivalry.

She runs some water on her face, avoids the mirror, and stumbles into the walk-in closet. She wobbles, steadies herself on a Dolce and Gabbana she had bought for last year’s holiday party. What was the excuse William had made for no party this year? Redecorating the office. She wonders if the rest of the partners are in the same situation or if they’ve been wiser, more careful, at least, with their personal finances.

Christmas music tinkles up through the foyer.  John Denver and the Muppets. This is Derek’s favorite, and in typical fashion, he has tried every year to get her, and then the twins interested. She estimates they have had this album in three different forms: cassette, CD, and now, finally, streaming from whatever new service Derek is favoring at the moment. He has always been like this: relentless, resilient, unwilling or unable to take no for an answer. She has known for years that, eventually, the twins would give in and realize that they love Muppet Christmas almost much as their dad, the same way she gave in more than twenty years ago, the same way various department heads and vice presidents had made way as he willed himself toward the upper reaches of Canaan Capital.

“Cynthia,” he calls. “We’re ready down here.” There’s something in his voice, pride swelling.  Anticipation. She is torn between not wanting to know anything, and wanting to know every single thing.

She puts on a Pucci wrap and her Ugg slippers. She wonders if they’ll be able to keep the clothes. Are the clothes paid for? She realizes it’s been years since she’s seen a Visa bill.

She walks to the hall, shouts “coming!” down toward the kitchen. After so many years in the two-bedroom in Hoboken, it took them some time to get used to these nearly six thousand square feet. At first, it was just the two of them. Then the dogs, and then, after two years of trying normally and five frustrating IVF cycles, the twins. Now the place seems the perfect size. Each of them has a room, each of the adults an office. The au pair has her suite. The children have their playroom. The dogs, their basement. The gardeners, their lawn.

She wonders how long it would take to clean the house by herself. She realizes she’s never even tried. She looks at the walk-in closet, as large as their entire Hoboken apartment. Her friends tend to romanticize those early days of struggle, of two mid-level incomes, but she knows that this is what they always wanted. Both of them. When they did leave Hoboken it was with the Springsteen surety of small town college graduates making out for the big city. They were destined for Greenwich, for this, and so this is where they wound up.

“Mom!” Clarice shouts. “We want to open our presents!”

She sits down on the comforter. Part of her wishes she didn’t know a thing. She was looking for an Evite invitation, of all things. He was in the shower and she needed directions. His phone was on. She opened his email and saw the subject line “Options without bankruptcy” and the name of their accountant.

She has made her peace with losing the house, but it is all the rest of it that she’s dreading: the pity in her sister’s voice, the questions from the kids, the fact that William has carried on for these past months like nothing has changed, has kept up appearances, plowed ahead with his usual dogged good humor as if the only concern is whether to vacation in Bali or Saint Lucia.

She makes her way downstairs, staring at her feet as she goes. When she gets to the bottom, she sees them lined up, Derek and the twins, at the door.

“Let’s take a look outside,” Derek says. “Looks like Santa thought somebody was awfully good this year.”

The rumble returns to her belly. What could he possibly be doing? What is he thinking? She shoots him a look, but he is too busy high-fiving Samuel and then Clarice to notice.

“It’s pretty awesome, Mom,” Samuel says. The boy smiles Derek’s smile – confident, carefree. She wonders what public school would do to that smile.

Derek swings open the door and the first thing she sees is a giant red ribbon. He steps aside to reveal a silver SUV. A Lexus. The outsize ribbon makes the car look like a giant matchbox. Her first instinct is to turn back to the house. Her second, to start driving and not stop. It is cold outside and she pulls the shawl tight on her shoulders. She sees the O’Connells walking by with their twin corgis and wonders what they could possibly think of this display.

“Derek…” she starts. And then she sees it. He is tapping his foot, pulling at the cuticle of his right thumb. French. She thinks. French 202. Junior year at Brown. His mind, so efficient and calculating in finance or math, couldn’t comprehend the intricacies of verb conjugation, couldn’t make the transition from utilitarian English to the fluid music of French. They would sit down to study and he would start up right away, picking at the cuticles like they held an answer, tapping his feet nervously. He would emerge from tests bloody-thumbed and silent.

“What do you think?” he says, trying for the usual smile. He picks at one thumb, then the other. The children are already in the car, wondering at the smell, the mounted DVDs in the back seat, the USB ports and dashboard like a spaceship from some movie set in the future. Something in his face changes and she realizes that he knows. He knows she knows, has all along.

She holds her hands out and he throws her the keys. “It’s wonderful,” she says.