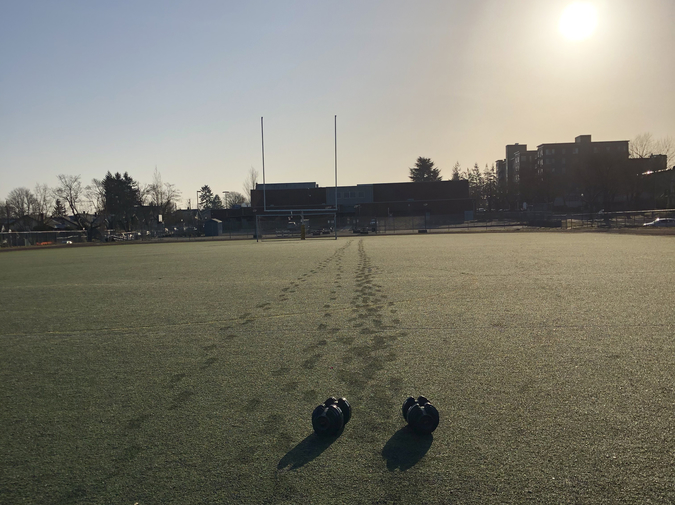 Kissing Coco was my dream. I dreamt of us together underwater, floating and undefined, feeling for each other, reaching and kissing. I dreamt of us rolling around in grass or in a basement I’ve never been in. I dreamt of her even when she slept next to me. Coco with her dark eyes and darker hair. With her too long nails that she cried over when her mother tried to cut them, that always scratched when we’d play tag and she was it.

Coco my first kiss who stood in front of me when we were five, with her hands on her hips, and said best friends kiss, so we gotta kiss and leaned in and smushed her face against mine and both of us crinkled our noses. Coco the Valentine’s baby who got her name because her mama wanted to call her something sweet.

Coco who picked me first for her relay team at her tenth birthday party, who made me a candle at sleepaway camp with my two favorite colors—lime green and lemon—and danced with me at the Sadie Hawkins dance because I hadn’t asked anyone and her date, Tommy, could wait.

Coco who could talk to me like I wasn’t pretty with my wide nose, wasn’t skinny as her so why would a boy like me, after she heard the rumor that Tommy wished I had asked him to the Sadie Hawkins instead.

Coco who, for parties, stole my skirts that hugged her hips better than mine, skirts that kissed the creases of her knees, the small of her back. Skirts that I slept beside when she gave them back unwashed—because Coco didn’t wash things—weeks later—because Coco would forget.

Coco with a gap in her teeth that she hated. Coco with hairs between her eyes she had me pluck sometimes at sleepovers, and eyes that opened me up like I needed fixing. Coco with arms that won the 200 butterfly at state two years running. Coco with a beautiful back that wore everything backless and sleeveless. Coco with a round face and rounder lips I decided one night I could kiss over and over.

Coco who crawled into bed most nights at 3 or 4 a.m. while I pretended to sleep, and curled into my body; whose skin warmed me in pricks like ants set free in the space between my stomach and my thighs.

Coco who told me she loved me and had me say it back though we meant different things. Coco who, that one night, brought me close in the backyard of a party and pulled me in and kissed me and my heart stopped, and I leaned in and the lights came on and Ben whistled, and everyone laughed because Coco kissed Kate.

Emily Lowe is an MFA candidate in Nonfiction at the University of North Carolina Wilmington where she is Fiction co-editor for Ecotone Magazine.