Is Your Sauce Broken Completely? 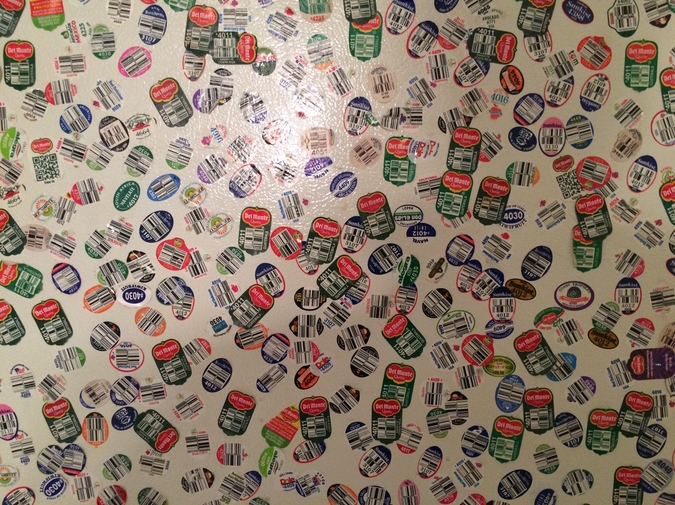 “We can’t keep dating,” Daniel said and looked down at his steak. His food was getting cold, and mine was too. If he wasn’t eating, I wasn’t able to eat. Mami had taught me that, when he chews, you chew too. Always second, you always wait for the other person to pick up the fork. So I waited.

“Why?” I asked. I wanted to ask something more specific but why was the only answer I was interested in. He picked up the fork and started cutting a piece of meat violently; I could hear the sound of the knife against the porcelain. The squeaking made a couple turn to look at us. He stopped.

“Look,” Daniel paused and took a sip of water, “I was going to introduce you to my mother. And I realized I wasn’t ready. And then I thought, when will I be ready? When would it be a good time? If I’m not sure now I will never be sure.”

It made sense, I thought. His texts had decreased considerably since we first started dating and he never called now. We didn’t see each other as much, and when we did it was because he was able to squeeze me into his busy schedule. We even used to see each other on Fridays; I was the first person he saw on weekends, but not anymore. I grabbed my fork and ate a mouthful of pasta, it was cold, but the béchamel sauce was still nice, and the pasta wasn’t rubbery yet. When I saw that he wasn’t eating yet, I stopped.

“Are you okay?” He asked. Daniel cut his whole steak into little pieces as if he was getting ready to feed it to a toddler.

“Why don’t you like your meat?” I asked, eating another mouthful, making sure the pasta would fit on the fork so I wouldn’t have to cut the fettuccini with my teeth.

“I think the béchamel sauce isn’t good,” He said and took a sip of wine. “You know? It tastes like when you try to fix a sauce, but it's too late. It's already broken."

“Why didn’t you say anything?”

“Do you mean about the sauce or…?” He gulped his wine in two sips and poured himself another glass.

“The sauce,” I said, “I like the food here so I’m surprised that they didn’t know how to prepare a sauce you liked.” He looked down, but I could see the disappointment in his eyes, I could tell that he wanted me to ask why again, that maybe he wanted me to beg and even say that I didn’t want for him to introduce me to his mother, ever. That I was okay with occasional meals, and dinners in his room, and nights in his room and everything in his room. That I was okay with whatever he wanted to give me.

But I didn’t feel like saying any of those things. I took a third mouthful and a fourth, he still wasn’t eating and I had already started to break the strands of pasta with my teeth.

I could feel the béchamel sauce on the sides of my mouth. I went to wipe it with a napkin and saw him looking at me with interest from across the table, as one looks at fish in an aquarium.

“So you’re not going to say anything,” he said and picked up the fork.  He examined it before he used it to pick up a piece of meat, his long face reflected on the metal, he played with it until it slipped through his hands and bounced to the floor. The piece of meat clung to the fork. Some people turned to look at him, perhaps waiting to see if he was going to pick it up and eat it. After all, it was an expensive steak.

A waiter ran to the floor to pick it up. He knelt on the floor delicately and showed the fork to Daniel before disappearing to look for a new one.

“I’m so sorry,” Daniel said to the wind, the waiter had already disappeared. Daniel’s cheeks were getting red and his forehead was shining from the little drops of sweat that were starting to appear.

“Are you okay? You seem anxious.” I asked. The waiter appeared with a new fork and placed it next to Daniel’s plate, which still had pieces of meat scattered across it. The only difference between his plate and a toddler’s being a side of ketchup to dip the meat in. I thought for a second that the waiter was going to ask if he wanted some. I ate another mouthful, and then another. In a couple of minutes, I had eaten my entire pasta. When I finished, I grabbed a piece of bread from the basket and buttered it.

“I’m sorry,” Daniel said, wiping his forehead and looking at me eat bread. “It was a bad idea to take you to a restaurant to discuss this. I can’t eat and talk about this at the same time.”

I finished my wine and looked at him, “Are you going to finish that?”

I could hear my stomach grumbling, and I placed a hand on it to make it stop. He gave me his plate, and I gave him mine. I started eating the meat; the béchamel sauce was broken: on some pieces of meat you could taste the eggs and milk, and on some others, you could taste the butter. But I kept eating, still unsatisfied. I swallowed hard and felt how my stomach expanded.

Maria Alejandra Barrios is a writer born in Barranquilla, Colombia. She has lived in Bogotá and Manchester where in 2016 she completed a Masters degree in Creative Writing from The University of Manchester. Her story 'Luna' was shortlisted in 2017's Bare Fiction competition in London. She was a writer in residence, March of 2018, in the Vermont Studio Center thanks to a fellowship awarded by the center. Her fiction is forthcoming in Reservoir Journal.