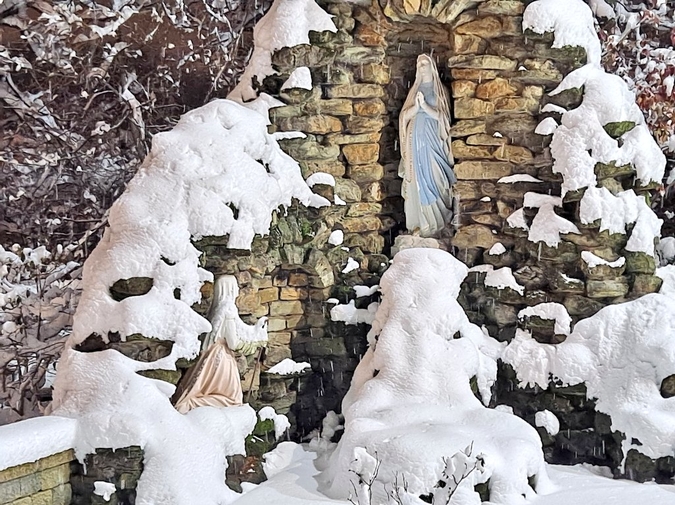 For a few years my medical student friend—now a psychiatrist—and I enjoyed an arrangement wherein we fucked whenever we weren’t romantically committed to others, which was most of the time, and neither of us wanted anything more than exactly how things were. This meant we were getting laid a lot and laughing hard and felt mutual affection and camaraderie in our singledom and suffered no heartbreak or jealousy or wishes for depths of compatibility from each other that did not and could never exist, and often we would remark upon how lucky we were to have found such enjoyment with something undeniably less than what we both deeply desired.

Eventually my psychiatrist friend met a psychoanalyst while doing his residency at the University of Chicago. As young professionals who are devoted to a future of prosperity and having children and suburban living are wont to do, they got engaged after exactly one year of courtship and their wedding was ten months later. Of course I was invited, but the day before I was to fly to O’Hare—and would’ve arrived on the morning of their wedding—I got slammed with food poisoning. What felt even worse than two days spent puking was knowing that my absence at my friend’s wedding might be interpreted as evidence that either subconsciously or unconsciously I loved or at least still desired him and that those yearnings had incapacitated me to such an extent that I could not bear witness to his nuptials.

Lying sick on the couch while my psychiatrist friend stomped on the glass and kissed the psychoanalyst and everyone shouted “Mazel tov!” I was watching television and saw a commercial in which a woman said, in a velvety voiceover: “Some days are so long, so difficult, I can’t wait for my secret me time.” She picks up a bowl and smiles devilishly into the screen—like, It’s just between us. “Indulge in the rich, sinful creaminess,” she says, of a particular brand of ice cream. For long after my show came back on, I thought about how the ad conveyed in its subtext that a woman is a wound and her ice cream is the lost blood and flesh and by eating the ice cream she’s trying to undo the wound but in doing so—that is to say if she succeeds—she will undo herself.

One time, I visited my psychiatrist friend in Grenada, which was like my white upper-middle class vision of heaven except with mangy dogs and huge bugs and all the lives belonging to everyone from there about whom I knew nothing whatsoever and I recall an open air fish market on the docks and riding wild in vehicles with no doors and mango juice sticking everything to everything else and hoards of veterinary and medical students from around the globe who couldn’t gain admission to schools in their home countries—such was the case with my friend—and we fucked rough mostly with me riding him until my vagina felt like a wound and dammit I got a yeast infection. The sea water was a salve far better than ice cream in my mouth ever could have been.

I shut off the television and kept staring at the screen waiting because another time on another screen I saw a drenched little dead girl with long stringy hair climb out of a screen and I wondered if that’s what happens when women die and we’re young again like we all will be in heaven because women do love their youth and kids do love their screen time.

The idea with ice cream and women is that desserts are secret and shameful and when we are ashamed we want to stuff shame into our shame like stuffing necrotic flesh into a gangrenous wound or something else fucked like that and hope it’ll restore us but actually the result is just a dairy product in our guts.

In Grenada, I’d stood waist-deep in the ocean smiling big and peering through a camera lens at the soon-to-be-doctor as he lay with his legs bent at the knees and spread wide as though his testicles were the size of jackfruits, which I knew with absolute certainty they were not, and he’d smiled back at me with his mouth while sunglasses blocked his eyes and my vagina was cleansed by the saltwater washing his cum out of me as it did every day of that trip, and I snapped a picture and envisioned it framed in posh art gallery with a little placard reading “Hetero erectus” or “#YOLO, M.D.”

The nausea and vomiting passed at around 10pm, just when the wedding must’ve been entering its hard-partying hours. I hadn’t done laundry in so long that on Monday I’d have nothing to wear for work. I imagined being at the office naked but in my vision nobody noticed my nakedness which peeved me and I grew more and more daring throughout the day sitting with legs spread wide during meetings and at lunchtime Kathy ate all the meat and cheese out of her salad as usual and threw the lettuce away and I picked two leaves out of the trash and held them like pasties over my nipples and did a little ballet-type dance by the Human Resources guy’s desk and the clock hands moved and my computer fell asleep. I wanted my nudity recognized and for people to consider or even remark upon the wound between my thighs and I was bursting to stand on my desk and shout: “Somebody get me an ice cream already!”

I didn’t see anything on my television screen except eventually a housefly who landed and stayed on one spot for a long time and I began to wonder whether it could genuinely be resting on a vertical surface because surely it takes some exertion to grip like that—and suddenly a particular term sated my brain like a cool glass of water: “static cling.”

My psychiatrist friend called me on day two of his honeymoon in Tuscany. “You were missed,” he said, and I wanted badly to inform him that I was now off men and would be for the foreseeable future and never missed him in the way he may have come to suspect. In fact, I wished to tell him, I’d been struck by a conviction that I did not want marriage or to be locked into any sort of romantic agreement or emotional or sexual dependency that I myself could not fulfill—my aspiration was to be my own closed circuit of desire and satisfaction—and though I did want one or two children eventually the idea of being a single foster mom was most appealing to me, but not for a few years at least as I was deeply immersed in a committed affair with myself, and it was incredible.

I clapped my hands and the fly did not fly away but walked gingerly to the edge of the screen and onto the plastic border and then—then it flew away.

In Grenada, my psychiatrist friend gave me a white coat just like his and together we slipped into the anatomy lab where an aroma of pepperoni pizza seeped in from an office to the side of the big open space where we stood. He showed me a cadaver turned grayish with one eye half opened and after that a thick black plastic bag full of severed hands already dissected with pins holding the skin back like curtains revealing ligaments and tendons and soft tissue and bone and whatever else, and some of them had curled fingers while others lay flat with open palms as if waiting for a gift that would never come. Only then did I begin to feel dizzy and like I would pass out and vomit and die and I said, “Cool,” and walked quickly out into daylight—and for the rest of that trip I tried not to think of the hands’ unwitting gestures which were more human than anything I’d ever seen including the full-on body and were made more intimate still somehow by the pepperoni smell wafting through the air.

Another thing my psychiatrist friend told me on the honeymoon call was, “You’ll find someone” and not to despair and that any man would be lucky to have me. What I could not tell him was that I didn’t want to be had anymore—that I’d been had and had and that women are perpetually being had in ways that he could never understand even though he’d had me—maybe 70 or 80 or 150 times he had me—and really it was fun and filled me up yet thinned me out and now I was good and done.

The day after the wedding, I tossed my laundry in a plastic basket and carried it out to my car and drove to FRESH-N-GO 24-HOUR where Frazier was always on all four televisions—in English on two and in Spanish on two—and there was a vending machine that sold ice cream sandwiches and those popsicles shaped like rockets colored red and white and blue, and I did briefly contemplate what it would feel like to fuck a frozen treat.

I had failed to—I could not—tell my psychiatrist friend about the joy and lust and love I’d found in how I was living, because now he was married, which was the idea of love that he and I had previously shared and which we had both hoped for one another—the love of two people who have taken the other for themselves—and which was exactly the shape and contour of his current happiness. Who was I to cast shade upon that? Especially since I cared very much for him. While the psychoanalyst bride with her Freudian leanings seemed a bit odd and stiff there is always so much we don’t know about even the people we have known for years and years and maybe their pairing was divine and what’s more I would have sounded bitter and jealous and all the ways that when my psychiatrist friend and I were fucking we used to be so happy we didn’t feel but that he might assume I felt now were I to speak my mind.

Just before he went off to medical school, my psychiatrist friend and I had been lying in his bed feeling satisfied and sweaty and exhausted and I looked at him and smiled and he raised an eyebrow and I said, “Wouldn’t this be perfect if it were perfect?”

Folding my clothes at the laundromat, it occurred to me in a forceful and exhilarating way that I could not fathom the psychoanalyst engaging in anal sex, which I knew from experience my psychiatrist friend had a major thing for. Then I felt small and guilty for my pettiness and also hoped I was wrong as it would be a legitimate sacrifice for my psychiatrist friend to forgo the act for the entire rest of his life—and why had I fallen prey to thoughts so silly and untrue to my real self and my feelings of warmth and goodwill for my long-time friend and the life I’d chosen which required nobody’s approval but that of my own goddam self?

Here is something I’ve often wondered: when the woman on television spoons the ice cream into her mouth and closes her eyes—what exactly does she see right before she disappears?

Emma Smith-Stevens is the author of a novel, The Australian (Dzanc, 2017), and recently completed a story collection, Greyhounds. Her writing has appeared in BOMB Magazine, Literary Hub, Hobart, Wigleaf, Conjunctions, Joyland, Subtropics, the anthologies Not That Bad: Dispatches From Rape Culture (Ed. Roxane Gay, Harper Perennial), Against Death: 35 Essays on Living (Ed. Elee Kraljii Gardiner, Anvil Press), and elsewhere. She has taught writing and literature courses, most recently with the Bard Prison Initiative. She holds an MFA from the University of Florida and is at work on a memoir.