I didn't mean to write this poem; I am just trying to land more gently 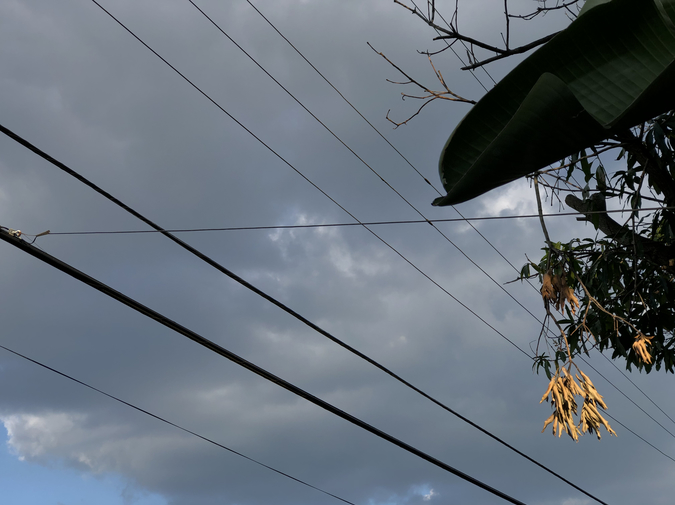 .
.
.           I don’t have much to give. Not the kind
to hand hold, though I have been lovingly
held. At the intersection of a Cairo street, a boy
dies. He is four. I asked my little
cousin who did it and he said, we
all did it. As in: complicitness
is its own violence. Remember? It was a hit
and run; they found the small
body in the street. Bruised lip
rising from the earth. The parents
couldn’t afford a funeral
so we gave them the allowance
we usually take to the deli. A dead
boy is just a boy until we
make him all of us. After that we
no longer sneak cubes
of sugar in our mouths. We
don’t write cute poetry about sunsets. We
make porn out of death and some nights are
exactly what nights are:
stains. The boy is just a boy until
he is a street name. From afar he looks
part of the earth and the earth
is just a loose tooth. I apologize,
because I stand on the balcony hovering above
like a coward. I’m coming
down. I’m only
a boy. Now
I am a traffic light.

Nardine Taleb is an Egyptian-American writer, speech therapist, and Prose Editor of the online literary journal Gordon Square Review based in Cleveland, Ohio. Her work has been published or is forthcoming in Tinderbox Poetry Journal, Rattle, Electric Literature, Mizna, and others. You can find her at the following social media platforms: Twitter: @nardineta / IG: @nardineta