I Bought My Mother A Kurt Cobain T-Shirt 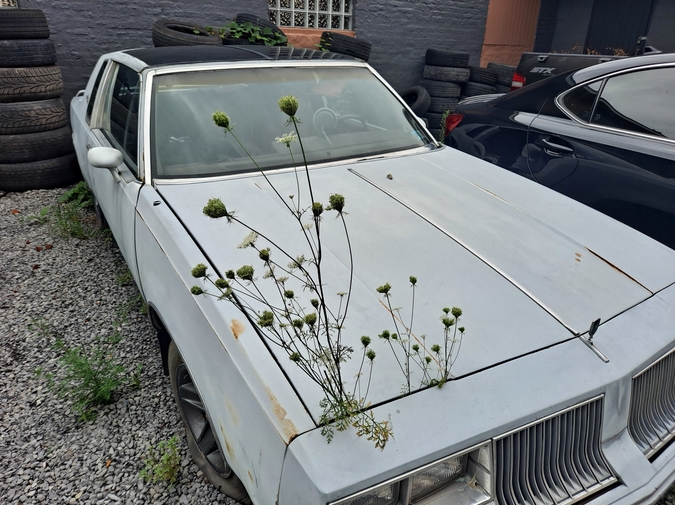 Chosen from the rows of Goodwill hangers-on, my discovery, though rumpled and worn, had softened. I gave him a good wash and brought him to her.

Her eyes brightened as she pointed to his shaggy coif, his oversized dark glasses. She raised her arms to receive him, and after that, pulled him over herself every morning. (She knew nothing of the music, the troubled life.) Because his drawn face hung between her breasts, it moved slightly whenever her heart would beat: HEL-lo, HEL-lo, HEL-lo...

When the blinds were open, she'd hoist herself up and turn onto her right side, as if to share the view of the ficus with him, what morning sun filtered through the glass.

A few of her caretakers began addressing him by name, to which she responded by inhaling audibly and clapping her fingertips together.

Whenever she ate, her hands shook. A blob of thousand island dressing (or if he was lucky, vanilla ice cream) would often fall directly onto his lips. Even though he couldn’t taste it, she imagined he appreciated her generosity.

He was pressed against her chest when she died, her tired heart’s HEL-looooooo lowing until it was silent. Afterwards, I took him home and washed him. He was wrung out. He’s clean now, but too wrecked for anyone else.

Elisabeth Adwin Edwards’s poems have appeared, or are forthcoming, in Rust + Moth, The Tampa Review, Tinderbox Poetry Journal, The American Journal of Poetry, A-Minor Magazine, and elsewhere; her creative nonfiction appears in CutBank, On The Seawall, and HerStry. Her work has been nominated for Best of the Net and a Pushcart Prize. She lives in Los Angeles with her husband and teen daughter in an apartment filled with books.