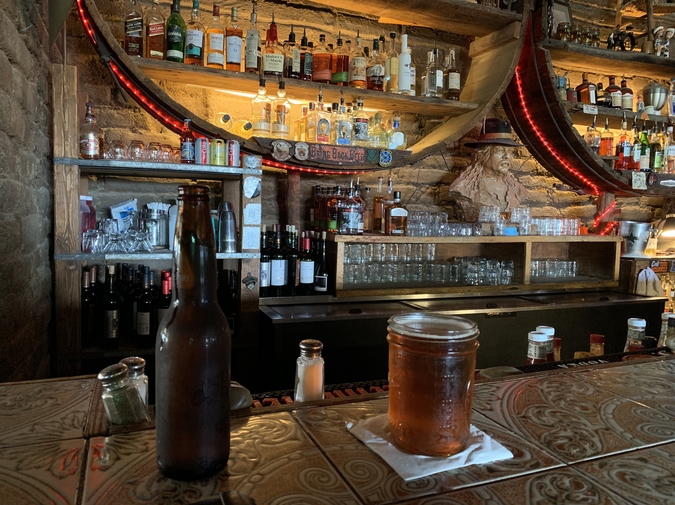 I was trying, and failing, to meditate-away a hangover. I'd heard that this could be done. The source was unreliable. It's possible that I was the source. I can't always remember what things other people have told me and what things I have told myself. The problem, I think, is that I am great to tell things to. People are always telling me things, myself included. I don't know what I'm supposed to do with the information. The hangover — the result of a normal-enough night of drinking — was abnormal in its ability to completely obliterate my desire to go on living what Frederick Exley calls, in his 1968 autobiographical novel A Fan's Notes, "that long malaise, my life." It was, as we say in the testicle community, A REAL KICK IN THE BALLS. This happened to my balls sometimes. That a normal-enough night of drinking would kick me in them. I hated to say it but I was starting to wonder what the point of drinking even was. I had done so much of it, had invested myself in it so thoroughly, for so long, and this is what I get? Kicked in the balls? To be fair to drinking, my balls weren't exactly precious cargo. Some hidden defect or childhood damage had rendered them practically useless in The Child-Making Department. I could fuck well enough. There just wasn't a good reason to. At least not one of any use to our species as a whole. Luckily, considering our inability to have children, or maybe because of our inability to have children, my wife and I had stopped wanting them. It might be human nature to want things you can't have but it's also human nature to just kind of get over it at some point already. Our decision to not have kids — to not even want kids — was simultaneously a huge relief and a major burden. Now that we didn't have to worry about having kids, what were we going to worry about? We all have to worry about something. Sometimes I think it's what we're here to do. I poured myself a drink and thought it over. Then I poured myself another drink and kept thinking it over. The more I thought the more I drank until it became a little hard to tell what I was doing, exactly: thinking or drinking. By my early thirties, always thinking or drinking, I had begun to resemble the main character of Fredrick Exley's 1968 autobiographic novel A Fan's Notes, a character (presumably Exley) who, in his early thirties, is always thinking or drinking. How relatable! I read the book continuously and, so, was always thinking or drinking or thinking about thinking and drinking. There was, it seemed to me, a lot to think about. And, it seemed to me, a lot to drink about. In fact there seemed to be an equal amount of both. Exactly one to one. This almost never happened! It would be unreasonable, I reasoned, to think about something without drinking about it afterwards. And it would be unthinkable, I thought, to drink about something without thinking about it first. Besides!, I thought and reasoned, look at Exley!

I mean, look at him: By thirty-six, despite, or because of, all his thinking and drinking, Exley had still managed to publish what can only be considered an enduring piece of canonical loser-lit, the aforementioned 1968 autobiographical novel A Fan's Notes. Lesson being: a good book can make up for a lot of bad things, especially if the book is about those bad things, which Exley's, of course, was.

Now that I was in my thirties, perhaps even well into them, I wondered if it might be time to reevaluate my role models. Most of them — writer-, artist-, musician-types of the Exleian self-destructive bent — had died untimely deaths and lived unseemly lives. That was all well and good for them, I guessed, but proved something of a problem for me as I was, generally speaking, a timely, seemly person. I shopped at Costco. It might be human nature to want to be someone you're not but it is also human nature to eventually just sort of accidentally end up being someone you are. In my case: a thirty-two-year-old childless vegan (non-practicing) with a bad hangover. It was an accident! I was trying not to think about it. I'd heard — or had told myself — that if I could not think about it (my life) long enough that it (my hangover) might go away. This, as far as I understood, was what meditating was: just not thinking about things. And, because you're not thinking about things, you're not drinking about them either. A double negative then: not-thinking and not-drinking. Easy! I didn't do things all the time. I was practically a LEADING WORLD-EXPERT at not doing things. When I looked back at that long thirty-two-year malaise that had been my life, it was mostly me not doing things. Here's me in Long Beach, not doing things. Here I am in Dallas, not doing things. Oh look: I'm in West Africa, not doing anything. Finally, I thought, my superhuman capacity for inactivity is going to serve a narrative purpose. I put MY SPECIAL LITTLE TALENT to work right away by continuing to lay there not doing anything. It didn't seem to be working. Maybe, I thought, this is one of those situations where you have to give it a minute. Sometimes you have to give things a minute. A minute is a metaphor. It means a little longer than you were expecting. A minute can be a minute or a minute can be sixty-two years. Minutes are really weird! And so I laid there and I gave it a minute. And when that minute was over, I gave it another minute. And when that minute was over, etc, you get the picture. The picture is of me laying there, giving it a minute. It was the least I could do. It was also the most I could do. The least I could do was the most I could manage. I hoped I was still in some sort of grace period. I’d been meaning to find out who to talk to about that.