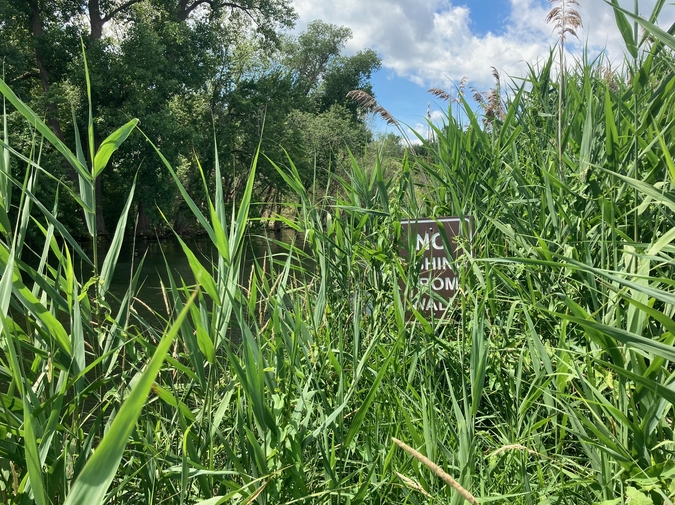 In high school, they called her Marbles because she always had ten in her pocket, ready to go. Tina took them out during lunch, set them on the table, and bounced them against her Styrofoam tray. Cat’s eye spinning, blue, yellow, green, blue, yellow, green, center of a dead world, where she couldn’t hear them call her Marbles. Fourteen and head stuck inside millimeters of glass. Once, between class periods, she shut herself in a restroom stall, swallowed a tiger marble, and dared it to cut her.

Nobody liked accidents. Her bumper had merged with her backseat. Her windshield had shattered. The glass absorbed as much sunlight as it reflected, a pile like salt left after a backwards glance. Tina no longer carried marbles. For the millionth time in ten years, she missed them.

The first cop on the scene spoke of mess and providence.

“Lucky this wasn’t rush hour.” He scribbled quick and closed his notebook. “Lucky there was no other car in front of you. Would have been nasty.”

A nasty thought: Tina pinned against the steering wheel, a lump of mottled flesh between two backseats instead of just the one. Items from her trunk had spilled across the pavement. A flip flop from a beach trip she never took, a reusable grocery sack, several pantyliners. She gathered what she could of these items into the bag, toting bits of the wreckage by thin canvas handles. Something twirled steadily inside her gut, not fear, but an aftershock of fear that left her shaking, confused, and ready for bed.

The worst part about being Marbles was being Tina. She kept her hands in her pockets, squeezing to feel the soft part of her palm slowly kneaded into a rhythm calm as she waited for the school bus in the mornings, for people to move so she could get to her locker, for permission and a signed pass to step into the hallway for breath. Marbles in her pocket damp from anxious sweat. Marbles jumbled sifting inside her jeans. Marbles keeping soundless time.

This was not good luck. Traffic ebbed and flowed around the wreck. The trunk of Tina’s little sedan looked like a crumpled red, patent leather purse. The other driver, in snow boots and yoga pants, took a phone call inside her big truck. The truck had taken less damage, a monster of metal and pearlescent paint.

Tina rubbed her arms, not cold just stunned. Not good luck. The first officer pulled her to the side and told her that she might be at fault. Specifically, he said she might be in “a state of fault,” which made her feel like she had gotten off at the wrong bus stop or tumbled into wonderland.

He said, “According to eyewitness reports, the light was green, you see?”

The light was green. You see. It seemed he’d added that last part to be kind. In case it wasn’t clear, in case the obvious truth wasn’t so obvious.

Tina swallowed, gripped tighter to the canvas bag, and said, “My fault? Okay.”

Not good luck. Emergency luck, the kind that had cost teenaged Tina her second baby toe. Summer at the neighborhood lake, an oasis of algae funk and litter from the surrounding houses. Those her age or older gathered there to expose themselves or rub up against each other. Tina had been excited by the proximity of the lake if not by the potential for the rubbing. Nice to be noticed, to be wanted by the first boy ever. To be more than Marbles. Tina, sixteen, of flesh, bone, and bloody warmth. Nice to be lifted. His shoulder rammed into her gut, folded her in half. He dumped into the algae-fied water. Good luck would have kept her foot away from the scrap metal deep beneath the surface. Her foot would not have gotten caught. One of her little toes would not have snapped clean off. It had been emergency luck that caused the bone to sever like that. Her scream chased away those treading water nearby. A creature from the deep kind of scream, as if a beast had gotten her by the waist or started to work its way from her throat. This was a story she told often and watched for the skepticism to follow.

She would nod and say, “Snapped like a baby carrot.”

Up the swollen path, a door, scuffed and red, waited surrounded by large pots of dirt and dead plant matter. At one point, the pots had held fan palms. These began to wither sometime after Tina left for college, marbles abandoned, nine-toed and determined to be normal.

She usually called before showing up on her grandmother’s doorstep, but she was in crisis. Her apartment was two towns over, and her car was on a tow truck headed in the opposite direction. Down the hill, her rideshare driver did a quick U-turn in the cul-de-sac and zoomed into the residential quiet.

The door opened and then there was Grandma Nettie, barely five feet tall with a head full of perfect pin curls.

“You lose my number, girl?” she asked.

Then Grandma Nettie was a blur of movement, putting in earrings, flipping light switches, and packing her big purse with highlighters, pens, tissues, and a sandwich wrapped in cellophane.

Tina left her own bag on the armchair and took a seat on the couch. Patterned fabric wrapped around its shape like skin stretched over bone. Parts had begun to fray from too much use, split seams like a blues of scraped knees and bloody knuckles.

“I got into a car accident,” Tina said and called out, “Grandma.”

“Don’t be yelling in my house.” Grandma Nettie had disappeared into the kitchen. She emerged with a pack of cookies and a napkin and asked, “What happened?”

“You coming to church, then?” Grandma Nettie asked.

Thursday night mean Bible study, but Tina could only think of her car. The light had been green.

She accepted the cookies, the napkin, and the remote when it was offered, confident that she made the right choice. There was nowhere else in the world she could go to be doted on like this. Nowhere she could go to be safe and troubled at once.

This is what she heard before Grandma Nettie left for church.

“You haven’t called me in weeks.”

“Your mother says you’ve been worrying her sick and borrowing more money than you payback.”

“What happened to the man who promised to marry you?”

“Was it college that failed you, or have you been failing yourself?”

“When are you going to grow up?”

The man who promised to marry her did not exist. Not like her eighth toe did not exist. The toe had been real once, but she had imagined the man who promised to marry her, not bothering to give him a name or a face that didn’t change at will. He didn’t always have a penis; it wasn’t always necessary. He majored in communications and he could say all the things she never would, specifically that thing about people being like artifacts housed in archives deep in the butt of museums—that sometimes it was better to leave people in their boxes on their shelves and let them be rare and allergic to humidity and fingerprints in private. He could say the hell out of that.

Tina had stopped at a green light, for a minute? Two? Long enough for a woman in yoga pants and snow boots to hit her from behind. Now, she was in a state of fault, which felt a lot like shock.

She called off from work, and not for the first time. Since abandoning the marbles, she had found new ways to cope with stress, mostly random sick days alone and hiding under covers. Now would have been a good time to hold something smoking in one hand and a glass of wine in another. The likeliest place to find either at Grandma Nettie’s was in a cabinet over the sink, but all she found was red sherry for cooking and a vat of apple cider vinegar.

She checked the news, half expecting a report about her own wreckage, tiny sedan smashed to nothing in the streets of middle of the road Georgia. She had lived, which was something like luck. Her car was likely totaled. She couldn’t imagine what had caused her to stop when she should have gone.

The fault state led her to her old bedroom at the end of the hall, where she had grown up listening to Grandma Nettie snore at night and sing the gospel first thing in the morning. The room had never looked much like it belonged to a child. No toys, or pinks, bright yellows, or greens. The bedspread and curtains hadn’t changed in fifteen years, both as brown as the framed painting of Black Mary holding Black baby Jesus. Tina had painted it in an art class back when she was Marbles and still had all ten toes. Grandma Nettie loved it the second Tina brought it home. She found a spot to hang it and called it holy, never seeming to notice the wolves outside the barn doors, their eyes green and the rest of them darkness.

Ra'Niqua Lee writes to share her particular visions of love and the South. Her work has appeared or is forthcoming in Cream City Review, Split Lip Magazine, the Bitchin' Kitsch, and elsewhere. Every word is in honor of her little sister, Nesha, who battled schizoaffective disorder until the very end. For her always.