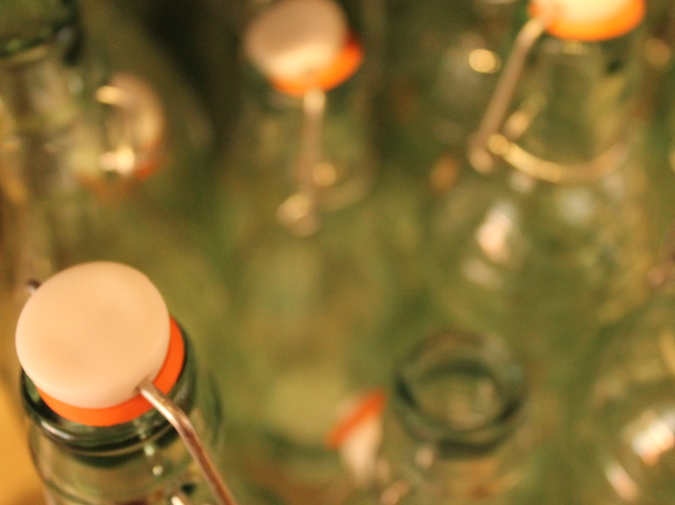 In my phone sex voice I say, the quesadilla of the day is caramelized onion and chorizo. Chef makes ‘em special. Sure, I say: $5 house wines, $2 off apps. Would you like to start a tab? I nod a lot. Sometimes I remember to smile. Rocky says, check out the tits on table 20, and indeed, there are sizeable tits on table 20. He hands me two fingers of an Old Vine Zin and we tap glasses, agree that it’s too sweet. Later he passes me a Post House Penny Black, a big South African red with legs for days and we know damned well we should let it breathe, but we throw it down anyway—a necessity in this small town where a little money goes a long way and everyone thinks they’re rich. Rocky whispers, not it—I went to high school with that d-bag—and I look up to see a guy wearing a tee painted with metallic angel wings, a garnet visor pulled sideways over his ears, and say, of course you did. Before the pop, I draw penises on the backs of the bev naps—one with a papal miter, another with the long curls of an Orthodox Jew, one holding The Book of Mormon—and at some point, every person at the bar has a blasphemous cock on the underside of his napkin, a secret that tickles me so much that I almost forget that I have a PhD, $100k in student-loan debt, and a smattering of job applications sent to colleges in states I’d rather be dead than live in.

We expect to be busy—it’s Friday, after all—but tonight’s different, worse, because the Noles will play Clemson tomorrow, and that’s the word of the evening—Clemson—the two syllables ticking off of the tongues of everyone who clearly forgets they’re in a winery—not on the strip—and Jägerbombs their way to yet another war chant. Mostly I want to stand on the marble top and tell the lot of them how racist it is even to be called “Seminoles”—not to mention how bad tomahawking the air looks for all of us—but I keep making the drinks and the crowd multiplies and before I know it, we’re four deep, still pausing to wine ourselves every 30 minutes or so, sweating through the service at speeds no person should have to move at unless he’s being chased.

The hours leach into one another until last call is a precious few minutes away, and that’s when I see Troy, the bar’s owner, wobble in shirtless, his pasty face painted brown so sloppily it looks like he’s rubbed fistfuls of crap on his cheeks. Flanked by two interchangeable blondes, he’s sporting a full headdress, stopping and swaying every few feet to curl his lips into a small O, let out a single note, and pat his mouth with his fingers while throwing his other fist in the air. It’s Troy’s show, and he keeps cawing his fake war cry, hopping on one foot, almost falling, and everyone thinks it’s hilarious, a few even stop to steal drunken pictures, and Rocky’s elbow is on my ribs, his face all smile and for a moment, I laugh, too, but just as fast as my grin comes it’s gone when I see the lone black patron shake his head and make his way around Chief Troy’s spectacle toward the exit. I turn away from the crowd, place my palms on the cooler, and feel the bitter sting of the freeze against my sweaty hands.

I know I need this job, know we’ve sure as hell cleared more than $400 tonight, but for some reason my mind calls up Mikey Mole from middle school, a boy cursed with a matching name and appearance—a squat, squint-eyed specimen of dork with a pall of close-cropped fuzz for hair, all of it one perfectly gray hue despite his only being 11 or so. I can so clearly see his discomfort that morning when his mom pulled up to the bus stop in her dented green Subaru, a stereotype in hair rollers and a frayed pink housecoat, a white wand of cigarette swinging from her lips. She was a muttered soupçon of curse words before she fully stepped out of the car, then in front of the bullies themselves a South Philly growl of you little bastards wanna fuck with my son? and my insides gathered in a summersault of ambivalence—my desire to join her charge, to scream in the face of the shittiest boys who at the start of the year had chased me into the woods at knife point to make me choke out words in Greek so they could unleash the meanest middle school laughter at my difference. But I knew better: if I joined, the crosshairs would be on me for the rest of the year, a glowing red X on my back, and despite feeling sick with desire to stick up for Mikey, it was safer to slink into quiet. For the start of Momma Mole’s wrath, the boys looked stunned, fearful even, but then her Subaru began its movement, almost imperceptible at first, and then surely, absolutely, rolling away from us and back down the hill, the parking break either failed or forgotten in that woman’s heat of righteousness. I swear I saw in her face a flash of resignation to let the car roll so she could stand her ground, but she turned, and as soon as she began her chase, that flutter of housecoat behind her like a swarm of loose ribbons, I slammed my eyes shut and prayed over and over that she, with Bobby cushioned in her arms, would continue forever running.