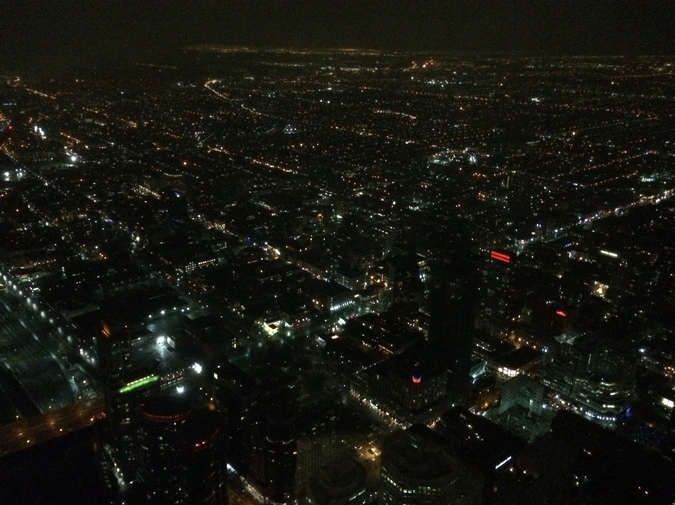 In the beginning all art was audible.

This accounts for the sea in the shell,
the cupped hands of echoes,

ears held against the gravel ground.

In Chauvet and El Castillo, the stomp of hooves.
In Gua Tewat, the scrape of praising palms.

Every man's condition is a solution
in hieroglyphic.[1]

Every man’s a shadow song.

Across cultures, cave paintings hang
in concentrated stains
at the points of best acoustic resonance.

An atlas of first notation

where the pulse clinging to the rocks
renews itself forever[2]

and learns to sing again.

The Boy Whose Every Word Was Song

At first it was just birdsong,
a garble or warble, a thin red thread
worried from his throat.

At first only his parents felt the blessing
and they kept tight lips, cherished their sleep
and the hymnal fount they had birthed.

But no one stays a child forever,
and in the streets these days
he sends up a life-stained balloon.

As he walks his daily route—
house to park to dark café—
he speaks and the streets swell and tilt.

He’s alone. It turns out
few can stand a life swung through
with constant serenade.

But strangers bloom around him endlessly.
Children follow too close behind.
The air above his head is licked with song.

And over the buildings and wires and flocks of birds,
he makes a mirror in the sky that doubles
the clamorous beauty of the living world.

I was born here,
long ago. Who

ripens in the wings
is gifted

always happens
to music. A child,

I disrobed a fortune
teller and found

my own body
dancing,

dancing wildly
in the stage light.

In the old neighborhood, a boy sucks music
through the straws in his limbs.

Another boy drinks light with his eyes.

Local news muted at the sports bar: “EMS Battles Lethal Cocktail.”
One metaphor carts another as though enough

language could lift away

the body.
My hometown

over the bar top clatter. A eulogy
ticker tapes the monitors. The sharper edge of nostalgia

is knowing how you barely got out alive.

Time turns low the house lights and the TV’s
switched to football.

And I’m dragged to the scene of a house fire

windows full of smoke and ash, windows full
of different versions of myself.

Russell Brakefield is the author of Field Recordings, forthcoming from Wayne State University Press in 2018. His poems have appeared in the Indiana Review, New Orleans Review, Poet Lore, Drunken Boat and elsewhere. He has received fellowships with the University of Michigan Musical Society, the Vermont Studio Center, and the National Parks Department. He teaches at the University of Michigan and works as managing editor for Canarium Books.