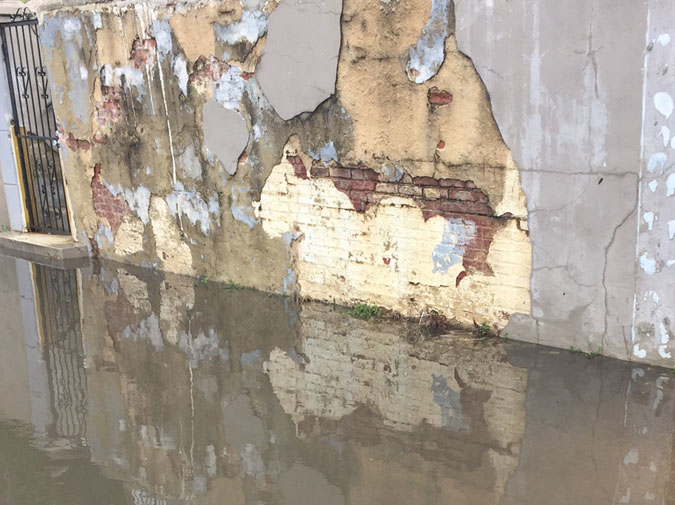 No one ever came out and said it, but I always got the idea that I was supposed to be seen and not heard.

“You’re being too loud!”

All phrases I heard from my dad.  My mother never tried to silence our voices, the voices of my sisters and I.  It’s because your dad hears noise at work all day, the adults said.  He just needs some quiet.

In the world of special effects, flash paper is a device that burns instantly.  When it burns, flash paper leaves behind no smoke or ashes.

I started talking late.  So late that my mother, who sat in her rocking chair while her pregnant body glided back and forth, back and forth while reading all of the late 1980s books on how to raise a child, took me to the family doctor when I hadn’t started speaking when the books said I should have.  As a first-time parent, she was worried that there might be something wrong with me.

Dr. Castaldi checked me over from head to toe, in my eyes and mouth and ears, and issued his diagnosis.  “There’s nothing wrong with her,” he said, reassuring my mom.  “She just doesn’t have anything to say yet.”

According to the internet, it is somewhat easy to make flashpaper at home.  Several sites offer instructions and cautions about mixing strong acids without the proper safety gear.  One website says that their instructions will leave you with “professional-grade material you can use to astonish your family and friends!”

An opportunity for voicing praise gone up in flames.

My favorite and usually only story of childhood rebellion usually involves learning how to speak properly.

In third grade, the school assigned me to speech therapy because I allegedly spoke with a slight lisp when pronouncing “s” sounds.  “Snake, sit, sand, spell,” the speech therapist said, exaggerating the ways in which her mouth made “s” sounds properly.

I saw nothing wrong with the way I spoke.  In fact, I was angry and upset that I was the only one of my friends, a group that largely consisted of kids who were labeled as talented and gifted, to be pulled out of art class every other week to sit in the scary windowless therapy room in the basement.  “Thnake, thit, thand, thpell,” I repeated back.

“I’m sorry, but there’s nothing we can do for your daughter,” the speech therapist told my mom at parent-teacher conferences.  “She just won’t cooperate.”

“That’s because there’s nothing wrong with her in the first place,” my mom said.

Eventually, my speech sorted itself out, not for the work of a speech therapist, but by way of me simply growing into the sounds I needed.

The key to making flashpaper do what it does is nitric acid.  The more scientific name for flashpaper is nitrocellulose, a combination of the nitric acid and cellulose (paper.)

Nitric acid is created by mixing distilled nitrates with sulfuric acid.  The resulting mixture is colorless or pale yellow in color.  The acid does not occur naturally and is only made in laboratories, but once mixed, has corrosive qualities and is said to react violently with materials not made of metal.

I’ve never been good at talking about my feelings.  Whatever the root cause is – fear, insecurity, my knack at internalizing everything – causes me to freeze when someone asks me how I’m feeling.  “Oh, I’m fine,” is my default frozen response.  When I thaw, the response begins as a trickle and slowly builds to a flood.

As a teenager, I took my feelings out on my body as a way of coping with them.  It was as if my feelings were things I needed to put away, and my body seemed to be the perfect and only place I felt I could put those things.  Now, the physical scars are so faded that they are barely perceptible, but the memory is still there.  Sometimes, I feel the invisible hands of my frustrations grabbing my arms and shaking me.  The urge to use my body as a place of destruction hasn’t welled up in years, but those arms and hands of frustration still find their way to me.

I hear the voice of a memory inside my head.  I drift back to the only time I allowed the blades of my razor sing across the skin of my stomach in the shower, speaking words that I could not say out loud.  The boyfriend, both of us in high school, seeing the two thin scratches the next time we fooled around, stopped.  “Please, don’t,” he said, pulling me closer to him as everything stopped.

I wonder why it is his voice that speaks my memory instead of my own.

To make flashpaper, one must first set up a well-ventilated workspace.  Put on protective clothing: gloves, apron, goggles.  Carefully mix nitric acid, sulfuric acid, and baking soda.  Use 100% pure cotton paper.  Soak the paper in acid.  Soak the paper repeatedly in water to wash away excess acid.  Another series of soakings and dryings that must always be maintained at a distance from the human experience that flashpaper aims to create.

The most important step is that all of the creating must happen underneath the ventilation hood, while the creator must not be under the hood.  The maker must be separate from the experience.

In graduate school, when I first discovered and read French feminist theory, there were a lot of things that suddenly made sense.  The idea that language is patriarchal and women’s experiences are unrepresentable by language systems clicked in my head.  The silence of women suddenly became loud with my newfound exposure to the theory behind what I had somehow internalized all along.

You make a lot of noise.

The more I read, the more about voices made sense.  Women’s voices.  The ways in which mine always seemed to stand out, too loud, against the quiet whispers of those around me.

You need to learn to control your volume.

You sure do have a set of lungs.

If I can hear you, you’re being too loud.

The realization that my voice was never meant to be heard was both devastating and motivating.  And as the world suddenly shifted and women’s voices were silenced more and more by the men in charge of Washington, I found myself speaking louder and louder.

To ignite a piece of flashpaper, this set of instructions suggests the following:

The key to experiencing flashpaper is distance.  The creator cannot be included in the experience.

“You don’t know what you’re talking about.  You haven’t lived.  I have!” my dad aggressively says as he points at his chest, leans forward, and tries to win any kind of intellectual debate or argument by speaking in a voice that, more and more, is less of a yell and more an attempt at raising the volume so he can hear himself.

The number one way to set me on fire is to tell me that I don’t know what I’m talking about.  In the moments that it takes the fire to ignite, I become guilty of intellectual snobbery and remind myself of all the years I’ve spent in school.  I ruffle my feathers and remind myself of the experiences I’ve had in my thirty-some years of life that I never told him about because I’ve settled on the idea that my personal life is something that cannot be communicated to him.  Patriarchal language deeming my experiences unrepresentable.

Most often, though, I walk away from the conversation.  The silencing of my voice washes over me.  One of the few times I speak up was on the way home from a June trip to Dunkin’ Donuts the next town over to treat him to an iced coffee and the promise of a free donut with his drink.  After he retired, he didn’t get treats like that very often.  As he munched and ranted about how he thought Pride didn’t need to exist to celebrate “people making stupid decisions,” I offered to let him walk the rest of the way home because, unknown to him, I was questioning myself.

Each time I feel the silence washing over me, and the realization that I know exactly what has happened settle in the silt of the waves, it happens once again.

A few clicks of anticipation.

The first lick of flame against the paper.

The awe of the crowd, except in my mind, half the crowd is speaking and the other half wonders why they aren’t being heard.

Ashley Anderson is an essayist, writer, Ohio native, PhD student and Creative Writing Fellow at the University of Missouri.  Her work has appeared or is forthcoming in Newfound, Hobart, Assay: A Journal of Nonfiction Studies, Wraparound South, Tahoma Literary Review, Badlands Literary Journal, SFWP Quarterly, The Manhattanville Review, and Peripheral Surveys.  She also holds MA degrees from Kent State University and the University of Cincinnati, as well as a B.A. in creative writing and journalism from Ashland University.