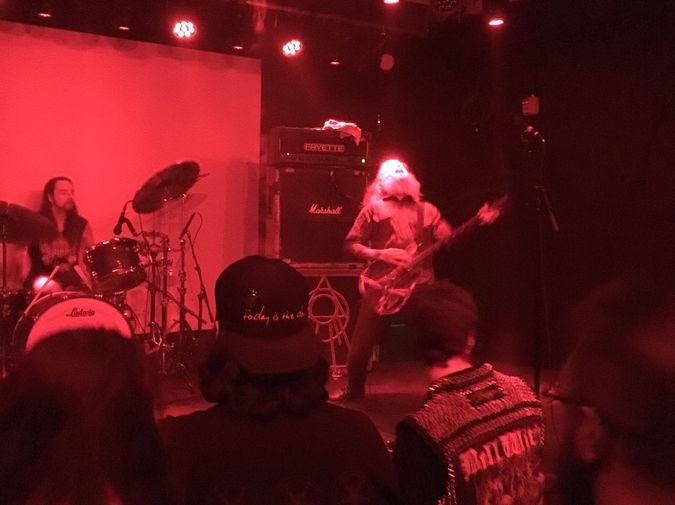 Curse the sun, you lonely king

of ash, of husks & of ruin. Howl
at the encroaching flood

as your tongue chokes on thorns.

from your withered hands.

in the dirt, the iron which held you

to the earth is broken into shards
of bright silver light.

No drought is endless. No horizon

is dark for all time. Walk freely
through crimson waters, and leave

hope in the furrowed arms of night.

a god with no gun

who howls from his graveyard

with a shaking voice

that makes all your old nightmares

& bombs falling from earth to sky.

The bodies of children washed ashore.

A prophet reaches out

his knife to the congregation

& they claw at their eyes in worship.

Cain tears out his mother’s throat

a broken colossus. A kingdom of sour blood

& venom swirling in the sky.

Somewhere above the mountains,

All glory to the broken machines

The ancient pull
of the sea. A celestial
cacophony

If we are anything,
we are black dogs
barking, crawling

blindly towards
our own extinction.
A kamikaze

cadence, gnawing
at the dust
in God's hands.

The broken god of man

monuments to splinters,
to ruins. a heavy crown

of desire. robes black as

a child’s dreams buried
in the earth.

& kneeling in light, we sing
for the flowers & the sadness,

for the forgotten & the heavy

of heart. for the sorrow that stirs
in us the half-belief that prayer

is not only the anticipation
of mourning to come. oh,

what joy! what stillness!

what blessed comfort
there is in the sky!

we weep from the pain of living
but glisten with light. we survive.

has the world ever been so brave?

It was how you danced

that struck me. A flicker
of sunlight through leaves,

as if your body was pulled
between the lighthouse

& the stones. Withered,
wearied, you scorched

the earth. Sparks to embers,
to fires, & you burned

with fever as I sketched
your portrait in the dark

with a heavy key. I pulled
god down from the sky

& you shook with indifference.
The script torn in half.

The sun gone vacant.
We buried our fathers

joys & fell into the water.
Like a dirge, or a release.

These poems are deconstructions of previously existing texts. Namely, the lyrics to various albums that have made an impact on me. I take those lyrics & run them through software that lists every word in alphabetical order, thereby stripping away the original context of the work, and I use that word bank to create new poems. I constrict myself to using only the words that appeared in the original work, and only as many times as they appeared.

William James is a poet, aging punk, and train enthusiast from Manchester, NH, and the author of 'rebel hearts & restless ghosts' (Timber Mouse Publishing). His work has been published in literary journals, punk zines, and the occasional vinyl LP. You can find him online on Twitter (@thebilljim) or at http://www.williamjamespoetry.com