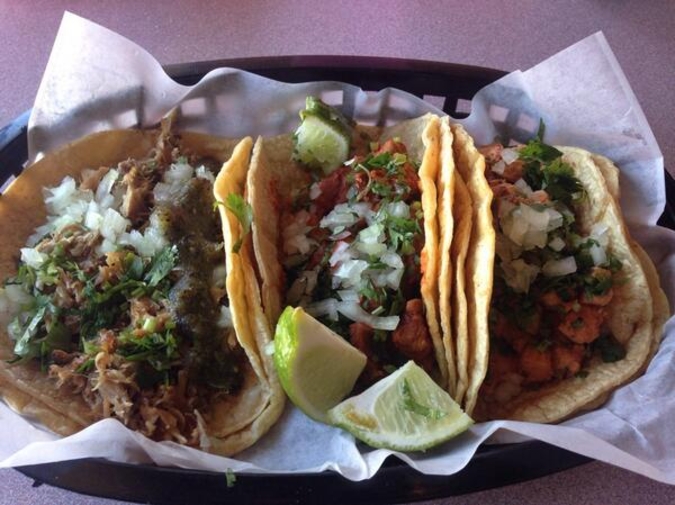 Now, usually I don’t do this, but uh… go ahead and break ‘em off with a lil’ piece of chicken…

Hank sets the deep fryers and says: Joel,
you piece of shit, you’re on the register,
I’m going to smoke. And Joel is awful

on the register. Like really awful.
But it’s not his fault because he’s in love
with Linda. Linda who works at Spencers.

When Joel sees Linda he forgets
how to count money. He forgets
that, we don’t accept American Express.

He forgets that Hank set the fryers
20 minutes ago, and that 20 minutes
is a long time for a cigarette break.

Inside the fryers: particles combust.
The frozen molecules are called back
to life. The waffle fries sing, and by now

the line of customers has expanded beyond
what Hank would consider acceptable.
He’d say something like, fuck Joel, go faster!

But Joel doesn’t care about Hank or this job
and it’s $8.35 wage. No, he lets the waffle fries
burn as a testament of his love for Linda,

and Linda loves it. She twirls her starburst
hair, and chews her bubblegum loudly.
She is stealing incense from the stockroom

and marking down the naughty novelty
gifts. She is staring at Joel and mouthing
something like, let’s burn this bitch down.

And for a moment, everything that could go
wrong, does: the sprinklers douse the hangry
patrons. The smoke detectors detect nothing

Sporting Goods. Mary, from American Eagle,
is talking shit to Staci who works at Old Navy.
This is the war we’ve been waiting for,

and Mall Security is short staffed today.
Fred is driving around the mall placing
parking cones in the handicapped spaces.

Sometimes he likes to leave fake parking tickets
on the windshield of Stephanie’s Ford Focus.
(Stephanie, who works the make-up counter

in Macy’s.) And it turns out, Stephanie doesn’t
like Fred, and Fred knows this, but he still thinks
it’s funny, so he keeps doing it anyway. Normally,

Jerry would have to work today, but he called off
sick. Really though, he’s got a job interview
at Best Buy. He’s had his eye on their employee

discount for a while now. Steve is supposed to be
in the office watching the monitors, but he went
outside to smoke with Hank. Steve doesn’t even

like smoking, but it’s a good excuse to go outside,
and Lord knows we need a reason to go outside.
Outside, Hank is done smoking. He is sitting on

the curb and rubbing small bits of gravel into
his palms. The lunch rush is almost over,
and he is singing his remixed song:

Sippin’ on coke, and chewing gum
I’m like so what? I’m done.
It’s the freakin’ weekend baby
I’m about to have me fun...

How to Successfully Run an Arby's Franchise (Post Hurricane Katrina)

When I die, fuck it I wanna go to hell - Notorious B.I.G.

Christina Aguilera might not buy
the Beef ‘n Cheddar, but that was before
Katrina, and things have changed.
There are more questions to ask,
like, how do you categorize a catastrophe?
Most likely not in sales, no matter how deep
in au jus you’re standing. And it’s really
not that funny if you think about it.
Running a franchise is hard and it doesn’t matter
how many times you’ve seen the music video
for Genie In a Bottle, or how many refills
of Pepsi products you’ve had in your lifetime,
there are some things in this world
that are harder than hell. So ask yourself,
what’s the saddest you’ve ever been
in your life? (And respond without shame.)
Chances are, you were 19 years old.
You had a Hoobastank t-shirt. Arby’s would
consider you a ‘modern day traditionalist.’
A martyr. A loner. The kind of guy who asks
for extra horsey sauce not once, but twice.
And there’s something beautiful about that.
Like the amount of courage that it must take
to ask for sauce more than once. And the fact
that you didn’t just park your Geo Prizm
in the parking lot and eat your curly fries
in solitude, no. Instead, you owned it.
You took your sadness inside and sat it down
in the booth across from you: talked to it
gently. Said, if someone could love me like that,
like you meant it. Like love was somewhere
on the menu like an unexplored map.
Like a place you used to love.
Like you’ve weathered the storm
straight outta hell, and damn. You’re hungry.

can you believe it?

of course not
and maybe that’s the point

and it’s not that I don’t believe her

I just don’t know
why she’s calling so early

and I just want to know
where this better place is

and I’ll believe you
like we trust each other

like we’ve built this trust
since I was sixteen

like you don’t even have to worry
about it
you know?

so why would I want to eat something
that doesn’t taste very good?

like something that tastes good
is all that matters

“I’ve got this thing, and it’s fucking golden. I’m just not giving it up for fucking nothing.”
- Rod Blagojevich

Became a Burrito Hater at Chipotle

Well, it happened today. I got the new trainee.

I told him no beans, and he put beans on my burrito. I said, I told you no beans! Don't you know what no beans means? Of course he apologized and started over, this time not placing beans on my burrito. But then things got worse. A lot worse. It was like that time my Alanis Morissette CD got stuck in my Geo Prizm. Fuck I hated that car. It would always break down on me at the worst times. But whatever. It was just a car, it's not like a burrito or anything.

So I was like, Tim I know this is hard for you, but I need you to make my burrito with half chicken and half steak. Do you think you can do this for me? Well do you Tim? Tim did not appreciate this tone very much. Tim is new. I probably should've held back a little bit. But Tim doesn't know I've just been listening to Tracy Chapman on repeat for the past 3 hours and I need this burrito to be perfect.

And yeah, maybe I don't respect Tim because Tim doesn't respect the burrito. Tim doesn't know the tortilla is like a warm blanket holding everything together when everything else is falling apart. And the thing is, I hate tortillas. They make me gag. But they're necessary, and I know I could order the burrito bowl but that shit is a mess, and I'm already a mess as is.

Standing behind me there's this girl ordering a chicken burrito with pinto beans. I want to tell her that's disgusting but I don't because I'm not looking to have a conversation right now, and Tim is still having trouble warming the damn tortilla.

And it's in this moment that I realize how petty this all is. Like when Jewel says that, "these foolish games are tearing me apart..." Tim, you're breaking my heart, and I'm already torn. I'm all out of faith. This is how I feel. I'm cold and I'm ashamed... But it's fine. Just rip my burrito as you try to roll it all together.

There are napkins on the counter and I'll just sit facing the window, wondering if you'll be working tomorrow. But really I'll be wondering if Alanis could eat a burrito with one hand in her pocket and the other one on her burrito. She was always crazy like that.

The show is full of circus stunts, all done in living color. Someone is playing a bongo. Another knits fabric patterns. On the road, a tour bus is driving towards the Garden. There is speculation that the show will end at a quarter past nine, but the first time the show played, Dave abandoned all sense of protocol and said, you know that Steve Miller Band song, Fly Like an Eagle? And it’s all like, time keeps on slippin’, slippin’, slippin’, into the future? That’s a great song. I fuckin’ love that song. So what do you say, we let tonight slip a little further into the future. The lights on stage lose focus on Dave. Outside, the moon says, we have a great show tonight. Please welcome a very special guest, and a very close friend of mine...

Dave calls for something more. Says, you look beautiful tonight Trenton, impress me. And no one cares that this isn’t Trenton, except for Trenton, and Trenton has been pissed for a long time. So, we dance. We dance like pinwheels without the aid of wind. We stand ornamented and stiff, reflecting how dead inside we really are. A door opens. A draft pools in. There is movement on all floors. Suddenly, there is a lack of moment. Suddenly, things stay the way they are. Suddenly, the people in the cheap seats can see everything. Outside, beyond the cheap seats, people see everything, and everything is naked. Naked and tied-up: tied-up and twisted, the way I’d like to be.