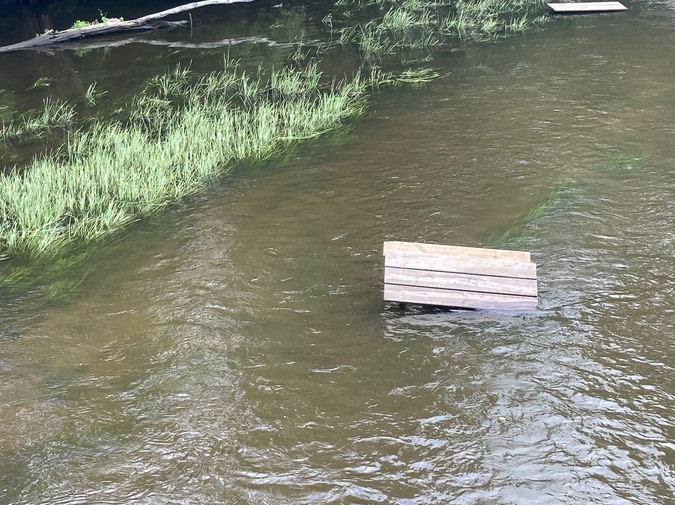 There’s always a man, somewhere, taking out the trash, his light blue jeans rolled above his ankles; waving at his elderly neighbor watering her tomato plants; picking up the morning paper and click-click-clicking his tongue at the new abortion law gridlocking Congress. Look at these fucking idiots, he shakes the paper at his girlfriend as she steps into her senior-management-approved pencil skirt, thank God we live in this state — which could be Oregon or New York or California but never Texas or Kentucky or Mississippi but maybe Illinois or Michigan or Colorado — somewhere Democratic and diplomatic. Riding his fixed gear through Portland, Brooklyn, Long Beach, Denver, Seattle and seeing her, in that orange pea coat; who wears orange? who does that? Removing old tires from new carbon steel frames, black and silver and magenta and cornflower blue and orange; who likes orange?; drinking two craft beers, dark ales, at lunch. She always wore that orange pea coat, everywhere. He has never seen here, anywhere.

On the weekends, there’s always a man, somewhere: throwing tennis balls up and down the garden path for his rat terrier; flipping vegan pancakes in an Etsy-fied kitchen; kayaking in the Willamette, the Hudson, the Puget Sound in orange rentals. That’s all they had were orange, all shades of orange: bright orange, burnt orange, red orange, rusted orange. Laying with his fiance in front of the bonfire, his rat terrier chasing sand crabs into the water; how many women have known his rat terrier? Holding hands with his fiancée while riding through downtown at midnight; how many women have slept with his dog’s rubbery paws wrapped around their ankles? There must have been eight women, at least. Eight different women who have slept between him and his rat terrier, and eight different apartment buildings he used to leave at dawn.

And eight different men who would bum a cigarette on their shared front stoops and say: Hey, man, fuck that bitch. Hey, man, you messed with crazy.

When it nears his wedding day, there’s always a man, somewhere: pairing cocktails with appetizers at the whiskey distillery in SoHo, SoDo, SoMa; deciding between traditional tuxes or atypical suspenders; wondering why his fiancée insisted on electric orange daisies for the table settings. Could he name all those women, all those he saw curled and cross-legged on shaggy bathroom carpets? His fiancée wanted matching electric orange roses for the bouquets and corsages, but he could never wear orange; she would throw on that orange pea coat over nothing but black panties to go out back and smoke a menthol. She would wear that orange pea coat in 80-degree weather. She would wear it as a bathrobe. She would wear it when she perched on her front porch railing and said she didn’t love him, and he didn’t love her either, but he didn’t want to allow her that choice.

It was not the eight women he had trouble naming.

Maybe this man, somewhere on the maternity floor of a hospital named after a Catholic saint, would think of those names he never named. Names like Chloe and Zoe, he always liked those two. Or how about something Irish, like Erin or Siobhán or Shayna.

It’s a boy! Grab the cigars!

And he was sure that some of those hidden children, non-children children had to be boys; boys with names like James and Colin and Christopher and Jason; boys with black curly hair and red curly hair and straight brown hair and wavy blond hair; boys with glasses and flat feet; boys with his weak stomach and her weak heart and her buck teeth and her bizarre pineapple allergy and her one wiry chin hair she would never tweeze. She would do that on purpose, knowing how much it irked him. He would want to rip it out, but there are only so many things you can rip out of a person at once.

Are you the new dad? The happy father?

He thought maybe they were all boys chasing after soccer balls somewhere, returning home at dusk in grass-stained blue jeans rolled up above their ankles like their father. Or maybe they would wear shorts, the khaki cargo kind, with half-a-dozen pockets to hold whatever it is the kids played with now. Was Pokemon still a thing? No, the boys played with iPhones. He would have to teach his oldest son, who would be 17 or 18 years old, how to iPhone responsibly.

On the back of playpen instructions, this man in a three-bedroom carriage house in some neighborhood of a mid-sized city rated highly on Zillow, makes a list:

no dick pics
no five-letter words that start with “b,” either
save that “c” word until you really mean it
they will remember what you say to them
they will use it against you
that shit lasts

But his 17- or 18-year-old may be too far gone. After all, wasn’t he too far gone then, having already contemplated a son — this son, this very son he was trying to warn. His 17- or 18-year-old son would roll his eyes and whatever-whatever and continue to scroll through his iPhone, favoriting the pictures of the 17- or 18-year-old girl he saw the night before, in the backseat of the Honda Accord borrowed from the girl’s mother. They did it to Pavement, a band he borrowed from his father. They were both soccer players and fairly popular. They both knew enough to know how their bodies worked so well together.

As he knots a tie for the first time since his wedding, this man, on the first day of his new corporate job somewhere in a steely overpriced financial district, knows he will need to start earlier. Maybe with his sons who would be 12 and 13 years old and discovering that the waxy women on their laptop screens existed in real life; that having a woman touch you was not a fantasy or performance. He would close his 12- and 13-year-old sons’ laptops and tell them how one day a woman will cross a bar in East Hawthorne, Capitol Hill, Retro Row and slip a condom into your hand, and you will take her behind Space Room or Fern’s and lose that condom wrapper along the way.

And his youngest, who would be five now — has it really been that long since they shared a joint while watching fireworks shoot off the Queen Mary? He told her that he kept having dreams where she nurtured him, his head in her lap. He thought she said something then, wrapping her orange pea coat around her rib cage, but he doesn’t know what. He was newly heartbroken and she was so unattached, rotating from one L.A. man to the other. No one was her boyfriend. She was one of those feminists who didn’t wax or shave and fucked like nothing happens. His son needed a feminist like his wife, who was not afraid of hot wax; who joined an LGBTQIA knitting group and retweeted articles about sexual assault.

There is always a man, somewhere, looking down at his infant son, who is not James or Colin or Christopher or Jason. A man wandering a Whole Foods somewhere with pureed green beans and spit on his checkered shirt, talking to the eight fractured souls with parts of him that he denied, while his son wiggles in his orange baby seat, and wondering, What exactly do I owe you?

Why don’t I deny you?

Lauren Barbato is a writer based in Philadelphia. Her fiction and nonfiction have appeared in The Hopkins Review, Blackbird, North American Review, Cosmopolitan, among others, and she has received residencies and scholarships from the Virginia Center for Creative Arts, the Kimmel Nelson Harding Center, the Community of Writers at Squaw Valley, and the Sewanee Writers' Conference. She is currently a Ph.D. student in Religion at Temple University and holds an MFA in Creative Writing from Rutgers-Newark.