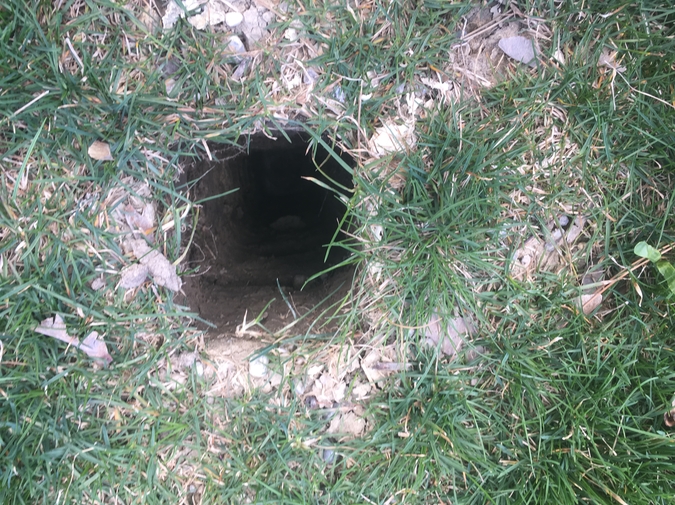 The gays have descended upon the Family Fun Center in a small town of West Virginia. Our children have been invited to a birthday party by friends. It is ninety minutes west of our liberal bubble in a suburb of Baltimore, and it’s probably fine. The only difference is we’re slightly more attuned to our queerness, the country music overhead, and the Big Buck Hunter HD Wild machine with its neon orange rifles. In fact, it’s totally fine. I relax. Then my daughter upchucks a gallon of Hawaiian Punch vomit all over the play place. Vomit is a great equalizer. We’re no longer the gays. We’re the people with the puking kid.

We don’t let the kids have sugary drinks at home. It’s not because we’re snobs who avoid GMOs and dyes and mechanically separated chicken parts. We’re not prepping sundried kale chips or Bento boxes with colorful displays of vegetables in the shapes of bunnies. But the kale eaters ain’t wrong: sugar makes them cray-cray. It super-charges them like atomic particles.

My daughter chugged down the Styrofoam cups of Hawaiian Punch like she was that cousin in Home Alone chugging the Pepsis. Afterwards, she looked like the Joker, her lips and cheeks smeared with Red 40. Gauzy, crazed, stoned soul picnic. She is tiny, unlike her brother, who is three years older. He is built like an impenetrable brick wall. Not even the Kool-Aid Man could burst through. He handles his sugar like a frat boy handles a bottle of Boone’s Farm Blue Hawaiian.

The Family Fun Center birthday party is a Bacchanalia of sugar. The sugar comes out in courses.  First course is the pre-sugar: sodas, “juice,” and fruit snacks, a delectable appetizer trio of sugar. Course two is the cake and ice cream, the filet mignon and roasted potatoes of the meal. Save room for course three, the post-sugar course of party favor chocolates. Frat Boy slams an orange Fanta, eats the thick spackle of yellow frosting off the top of his cake, and pounds the cup of vanilla ice cream before asking if he can go back to the jungle gym.

Little Joker stays behind. She grips the cup of ice cream as though it is a cup of bone broth and she has the plague. She eyes us like a blue-haired chain-smoking gambler, leery we may snatch her cup of ice cream or the Thursday Night Biggest Ever Jackpot in the slot machine next to her.

The jungle gym is an ecosystem, more animal than vegetable, comprised of organic and inorganic material, symbiotic in nature. Plastic and puke co-exist. Children frolic in the belly, the guts and intestines, the ballpit. I kiss my son at the opening of the hellmouth, but my lips only brush the back of his head as the hellmouth slurps him in. It has an insatiable need to be fed. It whispers and reassures the parents, you can look at your phone. You may partake in the glow, the trance, the peace. Yes, I will feed the beast. Goodbye.

Into the labyrinth.  First comes The Ascent. My son climbs the triangular platforms with stress—out of duty, not play—as though he must get deeper to learn its secrets. The secrets yearn for him and he yearns for them. On the ground, his arcade tokens pulse in my pocket. Every facet of Family Fun Center lives and breathes. I am but a single cell in the organism. The jungle gym is the beating heart.

There is a platform for resting after the initial ascent. It is like Mt. Everest, the point where bodies are found preserved in their neon boots, frozen to the mountain. At Family Fun Center, those left behind are known by their remnants: Pom Pom Sock. One Mitten. Toy Car.   Those who are able, go on. Summit Fever.

Little Joker has finished her ice cream and entered the belly.

At the Summit, there is a nest of enclosed plastic tubing. Where Osh Kosh critters lurk in the daytime. Species like Dylan, Caleb, Riley, Bella. Age two, size 3T, hitter, biter, shrieker. It is a dead zone. Where no adult bodies fit. Sometimes Kathy, the manager, has to get in there with a broom to sweep out the crud at closing, when the kids call out. When Daniel’s mother couldn’t drop him off. Kathy suspects she’s a drinker. Fucking Alex was a no call no show again.

I have sacrificed my son and daughter. I am placated generously in return. I have checked my Facebook, my Twitter, my Gmail.

“Whose child is that?”

The spell is broken. I look up. They are gathering around as though there is a suicide jumper. I see Little Joker at the Summit, spurting up dairy and the partially-digested punch, now a farmhouse shade of pink, perhaps found at Pottery Barn. It is a potent variant of vomit. Another round comes up. They gasp. They whisper for the mother. Where is the mother? My wife is at the prize counter with our son. I will have to step out of my shadows to reveal my identity. I am not the mother. I am the androgynous, prefer-the gender-neutral Parent, and I am here to save the day! Or watch helplessly from below.

Parents are shouting everywhere now, screaming for their babies, pulling their children out of the burning of Rome. Kathy, who had been tending the prize counter, is donning the riot gear. This ain’t no job for the flimsy food service gloves. She straps on the orange heavy duty latex joints.

Little Joker, in her blue Eiffel Tower sweatshirt with ribbon accents, continues to vomit casually. That’s how kids vomit, casually, without the begging, without the sweating and offering repentance to the Gods for the sins after a raucous night at the Cancun Cantina. Little Joker pukes like a home science kit, a tiny plaster volcano spurting up baking soda.

I search the beast for possible ways up. I could squeeze my way through the ascending platforms or try scaling the gigantic slide. I take the slide. I make it halfway up before it becomes too steep, before I become a spectacle. I feel overweight and gay and middle-aged. I try to coax Little Joker down, who is afraid of the slide. It’s useless. I’m dying in front of everyone in Family Fun Center in West Virginia. Please God, not like this.

Frat Boy appears, adorned in a neon glow necklace he just cashed in his tickets for. This places runs a goddamn hustle, ten dollars’ worth of tickets for a two cent necklace. He wraps his beefy arms around his sister and heaves her toward the slide. They slide down together, triumphantly escaping the belly.

Had just about enough of family fun for the day. We gather the kids, apologizing on the way out for bringing the puking kid, offering repentance and eating kale from now on. The Big Buck Hunter glows. The beast slumbers. Kathy calculates how fast she can Clorox this bitch before the next party comes in.

M.M. Carrigan is the alter ego and blogger The Surfing Pizza, and is the Editor Grande Supreme of Taco Bell Quarterly, the literary magazine for the Taco Bell Arts and Letters. They enjoy staring directly into the sun and hula hooping.