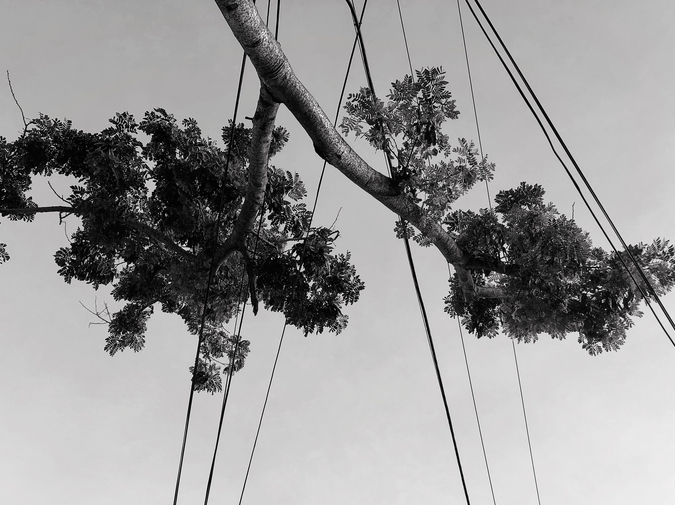 During the month of October, my daughter, Delilah, was asked, by her third grade teacher, to complete a family tree with at least nine members. I hate these kinds of assignments. What they assume. What they demand. The day she received the assignment, she told me in the car on the way home that she had to interview someone.

“Well,” she sighed. “We’re supposed to ask about a family member that we didn’t really get to know because they died.”

My knuckles tightened on the steering wheel.

She’d heard me only a few weeks before talking to my mother on the phone for the first time ever. My mother called on a Saturday. I was driving my daughter and my son to the pool at Mills College. Late September and deep warmth already radiated off the pavement at noon. I answered when the phone rang through the car audio system, “Hi mom. I’m in the car with the kids. So, you know, keep that in mind.”

My mother’s voice filtering through the car speakers was as surprised as mine at this sudden connection of sound after 10 years of silence. I promised to call her when we got to the pool. I imagine she must have needed so much faith to hang up the phone knowing that I was there, alive and participating on the other end of the connection. The space between us crackled and sparked with everything that we couldn’t say and all the ways we were afraid to break the tenuous peace that sprung between us.

Delilah’s voice floated to me from the backseat: “Was that your mother?”

I could not find the words to continue. To say: Yes. My mother called because my father died yesterday. Friday, September 13. My father is dead.

What other choice was there but to drive in the sun and the heat to the pool? To remain silent? To say only the one word, Yes?

“Who do you want to interview?” I said, fingers squeezed around the wheel.

“You,” she said. I exhaled my held breath in a rush because I knew she would ask this of me in the way that mothers can tell what their children need before they need to say it. I’d spent nine years learning her cues, figuring out how to care for her. “I want to ask you about your father,” she said. I expected this, too.

If the death of my father has done anything positive, it has pushed ajar the door between my mother and me. I spent an hour on the phone with her the Saturday after my father died. I sat on a blanket in the shade. I watched Aidan and Delilah splash in the water, swim in zig zags from one side of the pool to the other, dodging all the people who were also trying to escape the late East Bay summer. I held the phone to my ear and told her about everything she’d missed but wanted to know.

“Well, you always were such a good writer.” When she says this, I think about the way she took me to the library every Saturday afternoon. I’d walk in, arms laden with books that I’d finished, and leave, arms stretched full of books I’d yet to open. And her voice, “What are you going to do with a writing degree?” when I shared the glossy portfolio I’d received in the mail my senior year of high school from Washington University in St. Louis.

My mother tells me how my father died. I’d learned only a week before that he had gangrene in his toes because of a sore he’d let fester. I knew he was not well. I did not know that he rarely left his bed, that he’d moved into my old bedroom, that cataracts had covered his eyes, that he could no longer see the guide on the television screen, that he needed my mother to scroll the channels for him and read the titles.

I wrote a poem about the tree in the front yard of my childhood home—employed its spiked bark and shockingly pink flowers to my poem’s benefit. I needed to see pictures to guarantee for myself that I was remembering it clearly because it seemed too perfect, even for poetry. I google-earthed my old address: 4285 North Mountain Drive. I don’t know what I expected.

An error message. An inkblot on the map.

But the house is there, embedded in the satellite image and imbued still with everything the house held then, when I was a child.

“You want to know about my father?” I asked Delilah. She stayed quiet in the passenger seat next to me. In the silence, I thought about how I’d spared her from meeting him. How she’d never needed to shrink from his raised voice, brush away the tears forming at the corners of her eyes before he sees and promises to give her something to cry about.

I flinched when she said, “I just.” Her voice pulled me back into the car. “I just,” she started again, “I never got to know him.”

A week later, we sit on the couch and she asks me to help her fill in the family tree handout. “What was your mom’s name?” she asks. Then, “When was she born?” I have to pull out my birth certificate to remember that my mother gave birth to me when she was 29 years old. I count backward to 1958. I count forward to 2019 and realize that my mother is only 61.

“And your Dad?” Delilah asks. I tell her his name, count again to find his birth year. “What else do you need to know?”

“No.” When I push, she explains that she asked her father the interview questions about his father, her Papa who she doesn’t remember well but exists in her memory as someone good. I am relieved that my husband has saved me from having to explain.

My children have picked up in bits and pieces that my father was not kind. “But your dad wasn’t nice to you, right?”

I say as little as I can get away with. I see in myself so many of the faults I attributed to my father. When I am angry, when I am callous. I, too, can be unkind.

“People aren’t perfect,” I say in response. “He was less perfect than most.”

I try to be kind to his memory even when his memory is unkind to me. I am afraid that one day soon my children will ask me to be honest with them.

When I told my children, “My father died last weekend,” Delilah placed her hand on top of mine, looked into my eyes, and said quietly, “I’m sorry. That’s so sad.”

I did not know what I would feel when my father died. It had been years since I heard his voice on messages I deleted without responding. The silence stifled my memory, pushed the traumas of my childhood into a quiet room.

Twelve years ago, my older sister said to me, “You’ll regret this if he dies. You’ll look back and wish you had talked to him.” There is a part of me that thinks she might have been right. He’s gone and there is no going back, no way to find the answer to the question I could never ask.

I conjure my mother’s voice, the smell of her, the weight of her arms around my shoulders. I wonder now if my mother and her home that I left have changed enough that they and I will be alien to one another. I don’t know where to place my mother and my father on the family tree. I peek through the open door, waffling. What would it take to walk through? A single pink bloom. The tip of a white thorn. A voice, “Hello?"

Kari Treese is an MFA candidate in prose at Mills College where she is the managing editor of 580 Split. Her work has appeared in The Los Angeles Review, Pithead Chapel, Lunch Ticket, Rivet, and others. She is a fiction reader at Atticus Review. Kari’s a fish person, for whatever that’s worth.