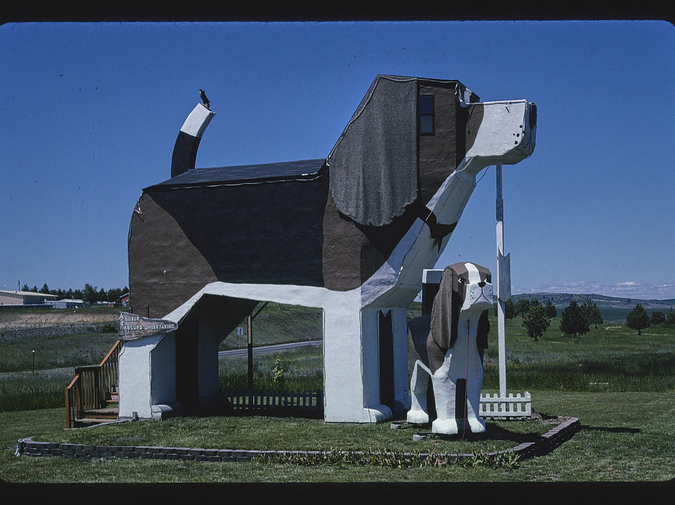 I was three years old when, after careful consideration, I named my tortoiseshell kitten Princess. She followed me everywhere and preferred to be carried the way I held her, upside-down. She disappeared when I was nine.

My family suspected the boy across the street, who was rumored to shoot cats with a bow and arrow, then dissect them. The cops said this was legal if the cat was on his property.

To replace Princess, we got a two-week-old kitten, white with a splotch of gray on her forehead. She loved people; we believed it was because she was bottle-fed. One day, when Dad picked me up from ballet class, he asked me if I’d seen her. I said no. We drove home in silence and I thought of Princess. Dad found Daisy under the deck, a speck of white in the dark under the glare of a flashlight. I can picture this as if I saw it myself, even though I was inside, still in my leotard.

We thought it was the wiener dog our backyard neighbor, Chip Watson, had given us. We were close with the Watsons, so close we’d built a door in the fence between our yards. So close they’d given us a dog. But the dog had never liked Daisy and we’d never liked him.

We were not a family that liked little dogs, not until Aunt Karen visited us with a four-week-old Maltese. The whole family fell instantly for her coal-black eyes, contrasting her snow-white fur. We loved her more than Daisy I, more than we’d thought it possible to love. Chip, who stayed at home on disability benefits, watching my mom all day and suggesting they have an affair, said that if he saw Mom carrying that little dog around one more time, he would kill it. He was crass but jovial in a way that made us not take him seriously. It was easier that way, since we shared a property line.

When Daisy started having seizures, I picked her up, and she foamed at the mouth and peed on me. She died on the way to the vet, in Mom’s arms. The vet said it was probably rat poison. I was eleven. I tried to understand what murder was.

We cried on the floor of the upstairs hallway. We said we would never get another pet, would never love again as we had loved Daisy. I wanted to throw away the pants she’d peed on, but I didn’t have many clothes, so I washed them.

This is what we believed: Chip had had enough of Mom spurning his advances and was working his way up, killing everything she loved. Surely her children would be next. We stayed with my grandparents until an arbitrary amount of time had passed and it was deemed safe to go home.

Even with the door in the fence now sealed, I was afraid to practice piano because when my back was to the room I was certain I could feel him behind me.

A couple of days after Daisy II died, we got another white kitten with gray splotches on her forehead, one who needed to be bottle-fed, to make sure she turned out like Daisy I. But this cat preferred running wild outside to cuddling. After a year or two, she also disappeared.

Chip’s wife, Vicky, had divorced him by now and he’d moved out. Mom stood on a chair to talk over the fence with Vicky, and they discussed in detail what the big, poorly trained dogs in our other neighbor’s yard had probably done to the cat. I ran to my room. They called after me but didn’t follow.

Just in time for my teenage years, I got my own dog, an eight-pound ball of fluff, flop, and spunk. Whenever I picked Molly up, she hooked her head on my arm and let out a contented sigh.

Because Molly was mine, I had to make sure she was breathing. I woke up in the night, panicked, and checked as she slept by my feet. For years, I constantly checked, and she was always fine.

After I’d grown up and moved out, I began to doubt: Chip Watson couldn’t be a villain, he must have been a figment of my family’s collective imagination. How could our family have such bad luck, such evil neighbors? We lived on a cul-de-sac, after all.

Mom was at home alone when the SWAT team knocked on her door, requesting access to her backyard. Chip Watson had returned to his old house, with a gun. Vicky got away from him so he turned the gun on himself. It felt like a confirmation: this man really had done bad things. But exactly which things he did, we would never know for sure.

A year later, I came home to say goodbye to Molly. She was so excited to see me that she vibrated off the floor. She was fine, I said, she couldn’t die today. My voice cracked. In response, Mom showed me a blood-spotted doggie pad: proof of illness. But I still didn’t know when pets were supposed to die.

The vet came to the house. When I picked Molly up, she rested her head on my arm and sighed. The vet gave her a shot and Molly yelped. Then she was still in my arms but she wasn’t there anymore. Our unrestrained sobs made the vet uncomfortable; she slipped out the door.

The probable murderer of my childhood pets was dead, but this had happened anyway.

Dad put Molly in a plastic container filled with blankets. Before I left, I stroked the soft fur of her cheek, still ignorant of the thing pets are supposed to teach children. All I’d learned about, from them, was people.

Soon, my parents would turn their attention to a new puppy who looked just like Molly.

Shannon St. Hilaire lives in Portland, Oregon. She serves on the board of directors for an arts organization, The People’s Colloquium, and is an editor of their anthology. Her work has been published in Entropy, X-R-A-Y, Déraciné, and VoiceCatcher. She can be found online at www.shannonsthilaire.com.