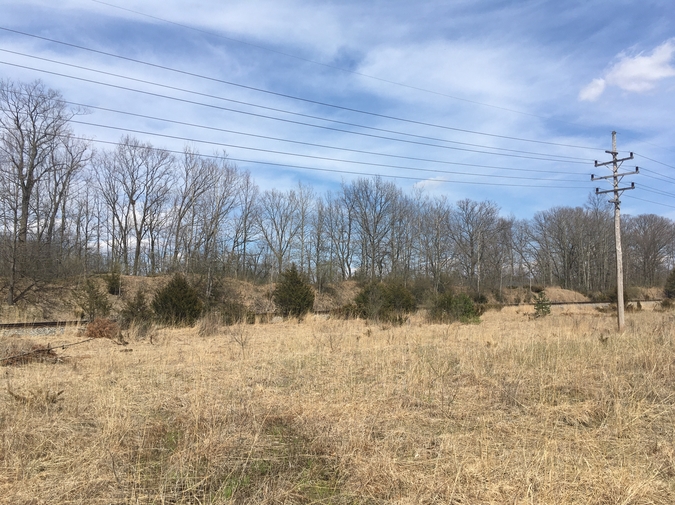 You are a person who claims you’d rather die young than spend your whole long life in Kansas, but as you hit thirty, you shrink away from this ultimatum. It isn’t as though you haven’t held death in your hands before, contemplated what being rubbed out would mean to the rest of the world, to those you love, but those black hours are years behind you now. You tell yourself, at least you didn’t stay in your rural dirt-heap of a town, at least you upgraded from central Kansas to eastern Kansas and you only feel ungrateful every other day for your contempt against the world that bred you.

You spend ten years in the only truly blue town in a red state, even though ten years teaches you there’s cruelty in every town, venom running through the pipes. You vacillate between the poisoned, poisonous, and the resistant every year, until you no longer wonder whether you are a good person or a bad person or some unsatisfactory middling actor. You dowse poor drivers in curses, but sometimes you let them pass on unchallenged. Sometimes you are the one treating stop signs like yield signs, because who cares about that distinction against the uncertainty of life? You trade the two constantly, hoping reality might come charging in to right everything you’ve done wrong.

Through the years, you are a vanishing college student (whose presence lessens until you are but a memory to your professors and classmates) and after you somehow manage to graduate, you are a barista, a game-store clerk, a clothing-store clerk, a grocery-store clerk, a typist and a call-center drone, you are an editor and an occasional journalist and though you had dreams of being an artist and though you still scribble on palm-sized slices of paper before crumpling and devouring them, you hold onto the idea that art can be anything, that according to Beuys, every human being is an artist, and this keeps you from dropping everything and moving to New York and being even more unsuccessful there than you are in eastern Kansas.

You live in eight different dwellings in a decade, which isn’t unusual for a town brimming with underfed, alcoholic students who are never willing to stay still longer than necessary. There are too few houses and five hundred homeless people, 1 in 200, and for every moldy or sinking or infested house/apartment/studio you pretend will be long-term, your rent goes up, no matter what, no matter where. Landlords force you to switch units so that the foundation can be fixed but they still use this opportunity to add eighty dollars to your rent or show up unexpectedly and take your prohibited, gold-eyed kitten and truck it back to the shelter, or send you and your neighbors weekly emails about dog-shit-stained sidewalks and old condoms in the shared laundry-room dryers. They remind you of the need to call the cops (which you never do) on the homeless people who rifle through the dumpsters, including the elderly Korean woman whose small nose and rose-petal mouth remind you of your long-dead grandmother who you’ve only ever seen in photographs. The woman is only ever seen with a small backpack and a bicycle, basket always empty. She searches and searches but she always come up empty-handed.

You become transfixed by one neighborhood, which you live in for four years, though you migrate around its streets. It stretches a mile in each direction, and is the oldest cropping of houses left in this town, which was burnt and branded and raped so brutally a century and a half ago that all this land could only be haunted. That your houses lack incident convinces you only that your ghosts are of the truest Midwestern sentiment, too polite to say anything, to cause an inconvenience. First, you live in a house deep in the heart with nine bedrooms and a servants-quarters of an attic and a deep mildew-wrought belly of a basement where the cave-crickets are always swarming, devouring their injured own. Then you live in a two-bedroom house with shaggy carpet laid over undulating wooden floorboards and a sinking patio. Then an apartment in another ancient house. Then an apartment in a twenty-building complex just on the corner of the neighborhood, far enough away to feel always like you are missing out on something treasured and private in those broken brick streets and massive, unkempt gardens.

When your thighs begin to swell and your stomach strains against your jeans, you decide on running. Just for thirty minutes, an hour if you can make it. Though the streets are uneven and unlit, and though there are too many sexual assaults for a town this size, and though you hate fluorescent clothing and careless drivers (who accelerate to 40 in a 20 and speed past stop signs, don’t even pretend to yield), you wind through the many roads of the neighborhood close to midnight, when the cold gnaws the fat right off your arms. Occasionally, you see the elderly woman, always at midnight, walking her bike, never riding it, and only once does she meet your eyes and only then do you feel you might love someone in this world.

You fuck openly in a park and on top of the overlook tower outside of town and in the back office of your old game-store job. You hold month-long and year-long and half-a-decade long relationships, but you are always backpedaling, always telling yourself things have gone too far, reverse, reverse, reverse.

You attend twelve, yes twelve, employee holiday parties in ten years, because for two years you have two jobs. These holiday parties are always really Christmas parties blushingly stripped of their single-religion fixations, not that you’re complaining. Gift exchanges are always the best way to get to know your fellow baristas/grocery-store clerks/game-store clerks/call-center drones. You receive a cat-faced mug, a giant bag of fresh-roasted coffee, a Triforce beanie and a tiny plastic sword to add to your key ring, so that you are always armed, always safe, rapists beware.

A mass shooting happens. Five people are shot and another three die. It happens downtown right before the bars close, in front of the bro bar where you first tasted Jager (and decided you hated it) and considered hooking up with a similarly bro friend, and are forever grateful you didn’t, because your closest college friend ends up marrying him. Three black men from Topeka are arrested, and the trial rolls on for years, long after the town has forgotten. Stripped from your memories like the burning bodies found out at the lake. Every few years, a car pops up at the most remote camping lot, drowning in lighter fluid and filling the air with acrid black smoke, so that every time you go camping there or step through the spidery forest trails or sink your feet into the soft mud lining the lake, you swear your smell a fire, you swear there’s someone’s poor corpse being destroyed, until you search all the normal spots and find nothing but a cockeyed squirrel charging toward your soppy, black feet.

They blame Topeka for those murders, too, crack down on crime, on black men, but we all know the truth. The violence isn’t coming from them, it’s coming from within, from this blood-born town.

When you run, you feel the world is at its most honest. You can’t define it. The chill, the quiet, the black spotted with dozens of porch lights whose warmth will never reach you. The loneliness, the occasional passerby, searching for another truth. Often, drivers sail by you, their mirrors inches from grazing your arm. Often, they play oblivious to the ten stop signs lined down the breadth of the neighborhood, and always you shiver with rage and bare your teeth, and always, though you know it useless, you speed up. You break into a sprint, but you are always left in the red wake of their taillights.

It is exactly midnight, the campus bell tolling, when you find her. She’s placed perfectly in a street’s black middle, so far from the sparse streetlights at each street corner. You don’t find her until you run right into her back wheel, left spinning in the wind. Under the glare of your phone light you see she is beyond helping, you see that whatever or whoever struck her is long gone, that you are utterly alone. Before you call 911, and before you cry and lay down your useless curse at whatever driver killed her, you see that for the first and last time, she has found something worth taking, that inside the overturned bicycle basket lies a dollhouse, all plastic and glitter, just big enough to hold a bedroom, a kitchen, and a bathroom. The pink and green. The brilliant blue.

Before the cops arrive, you hide the dollhouse behind someone’s car. They carry her off without attempting resuscitation, because they see what you see. They ask if you are okay, and though you don’t know what to tell them, you nod.

After they and their bombastic parade of vehicles leave, you retrieve the dollhouse and run faster than you have ever run before, back to your apartment.

You make a place for it on your bedroom dresser, empty of tenants, its kitschy front facing the wall. You inspect its rooms every night before you sleep, watching for movement. You hope, you pray that hers is the kind of ghost who discards propriety, the kind of ghost who likes to make noise.

Chloe Chun Seim's work has appeared or is forthcoming in North American Review, McNeese Review, Yemassee, and Potomac Review, among others. She won the 2021 Anton Chekov Award for Flash Fiction from LitMag, and her short story collection was named a finalist for the 2021 St. Lawrence Book Award. She holds an MFA from the University of Missouri-Kansas City and lives in Lawrence, KS.