Dinner on the Moon 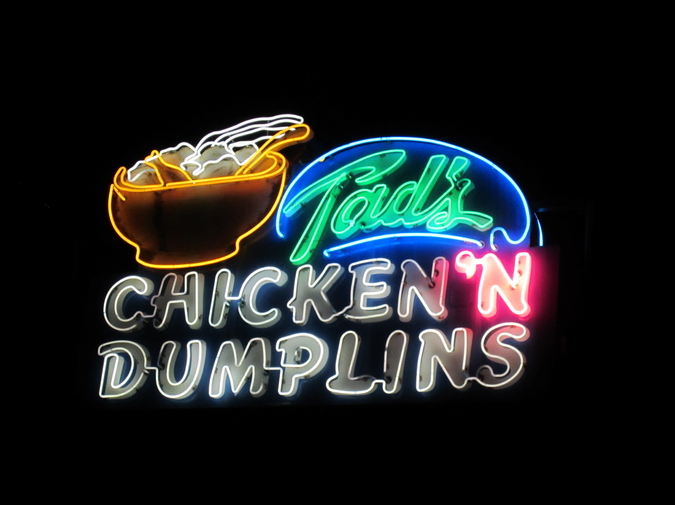 Meals out have become almost impossible. Friends have dietary requirements—they are vegan, allergic to wheat, allergic to gluten, only eat raw foods—or they cannot be in bars, won’t eat anywhere that a television is displayed, require Wi-Fi connections everywhere they go, bring their feral children who demand to be the center of attention or sit in sullen stasis unable to make eye contact; can’t bear to be in large crowds, need eye candy to peruse.

We text message one another, making plans, retracting, rescheduling, and canceling them. It feels like friendship because it’s built on repetition: a series of rain checks and head checks, and check-ins. One friend and I hadn’t spoken on the phone—he said he saw it as antiquated technology—or in person for nearly six months. We live three miles apart. When we finally did meet for lunch it had the off-rhythm of a job interview. I was pretty sure I wouldn’t get hired.

Some of them are from quiet, slow-moving towns with Rapids in their names. Others from places that conjure up shorthand identities: cheesesteak sandwiches, world-famous chili, beer brats. The whole map reads as a menu.

I watch Denny’s hands, smooth as a girl’s, move about like happy birds, never perching or landing. They illustrate the story, sometimes they become the story. I don’t know why I’m here with him watching those hands, and the way they brush his shaggy hair across his forehead like drifting sand. I know why I used to be here with him and why I followed him around: I thought it might lead somewhere, that I might end up in bed with him, but the thought, the whole consideration of such a night and the morning after it and the life after that, are now simply strange, antiquated as a telegram: Stop.

I eat small bites of dinner while my tablemates text and retrieve messages. Their faces glow in the lambency of screens. Fingers peck. Brows furrow. Eyes scan typed words. Relaxation is work is relaxation. Somewhere it said work will set you free. Maybe they can look it up and tell me how that ended up.

They are back in some “species of now,” spearing their food and laughing at a joke I’ve missed—or have become. Tired words come from bright mouths. Did Denny have his teeth laser whitened? They look like a satellite photo of coastal villas.

Someone is showing the table a slideshow of his infant son, passing his phone around at dinner. As I scroll through the smiling snapshots of the baby in the living room, the baby playing with toys, the baby with car keys, the baby oddly asleep in the midst of a party, I go too far and the slideshow photos become something that at first I do not recognize. A strange shape engulfs another. It is almost sexual, almost human, almost inhuman. As I focus and concentrate I see the photo is a small snake eating a pink mouse in one absurdly jaw-widened bite. My eyes graze from the screen to the table with its empty and half-empty plates waiting to be cleared. Pieces of rare steak sit in puddles of pinkish blood juice. The rawness of life feeding on death, the baby, the snake.

I scroll back to the baby and pass the phone to the man on my right and excuse myself to the bathroom where I cup a handful of water to my face and feel the accelerated thump of my heartbeat and smell the ripeness of my armpits. I fall into a small, hushed mantra: It’s only dinner. I dry my hands and my face and as the door opens and another man enters the bathroom I step back into the darkness and the noise.

All of these relationships are like vivisection, pointlessly confirming what I already know.

The conversation has taken on the sensation of a late-night freshman rap session with improbable questions, a kind of truth-or-dare without the dare; everyone trying to achieve some semblance of verity. The question is posed as it has been before on similar nights in similar rooms by similar people who also thought they were getting at something deep and real: How would you like to die? I say I would like to die like Robert Mitchum did: in his sleep and as Robert Mitchum.

I smile, doggy and friendly. “This dog needs a walk,” I say, but it’s loud and no one hears me. Denny is back at his phone, peering down the phosphorescent cave.

“What are you up to this weekend?” Denny says, not looking up from his phone. Nothing, but I say something to return the volley, allowing him to spill his plans: A warehouse party, a dinner, dancing, shopping, brunch, and the gym. I smile and nod. “Busy weekend,” I say. But he’s laughing at something someone sent him.

The waiter drops the bill. It’s printed faintly, ghost numbers. I squint and then hand it to Denny.

Nate Lippens is the author of the chapbook Mince (Bridge Productions, 2016). His short fiction has appeared in Queen Mob’s Teahouse, Blue(s), and Erratum, among others.  He can be found on Twitter @NateLippens

image: "Ready When You Are" by Martha Clarkson