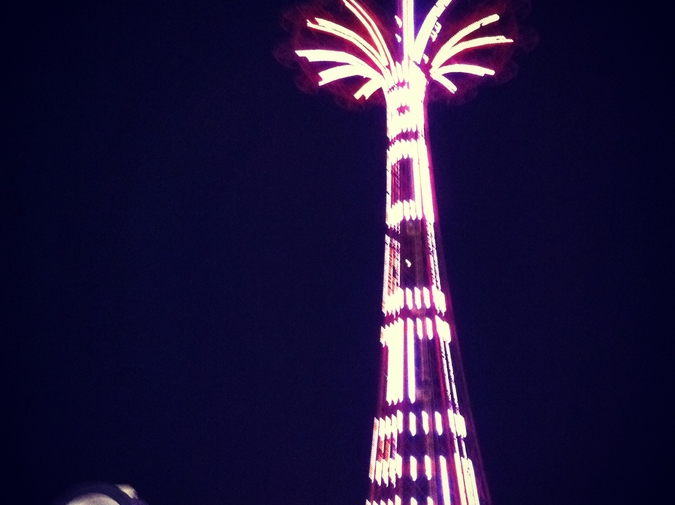 The first time I saw Cymbals Eat Guitars play live was at South by Southwest, six months after they released Lenses Alien and a week before I was scheduled to see a psychiatrist. I had come to Austin with my university’s radio station, but had spent most of the week (the month, the semester, the half-year) alone, or convinced I was, and so even though my flight was the next morning and my phone was dying and I had neither a charger nor anyone else’s phone number written down, I went to the show, alone.

I listened to the album constantly after it was released. I was about to begin my sophomore year studying a subject I would learn to resent, spending all my free time at a radio station I would be convinced, in the midst of a months-long paranoid frenzy, resented me. I had enjoyed Cymbals Eat Guitars’s debut, but Lenses Alien felt like an articulation of the anxiety that clung to me, tar-like, that year.

When the band started playing, I was the only person up close and the rift between me and everyone else felt endless. Their set was not fun, but Lenses Alien was not a fun album. It was entrenched in its obsessions, too self-serious to care if it was understood.

As the band packed up, I asked the singer for an interview, and he said yes. As I waited for him to pack up his equipment, I half-expected him to wordlessly slip out, as several other musicians had done earlier in the week. I wouldn’t have blamed him for that. But he came back.

I lost the interview several years later in a computer-cleaning-gone-wrong, but I remember it being short, less than ten minutes. I read every interview I could find so my questions were unique, so the interview wouldn’t feel like a waste of his time. He answered my questions seriously and deeply even though he was clearly exhausted, and I was elated. I felt recognized, possibly, even, appreciated. I left the venue immediately after the interview, positive that even though I was alone in a strange city with no phone and no number to call, my friends would find me.

Matthew Mastricova is a fiction reader for Third Point Press. His work can be found in apt, Cosmonauts Avenue, Electric Literature, WhiskeyPaper, and elsewhere.