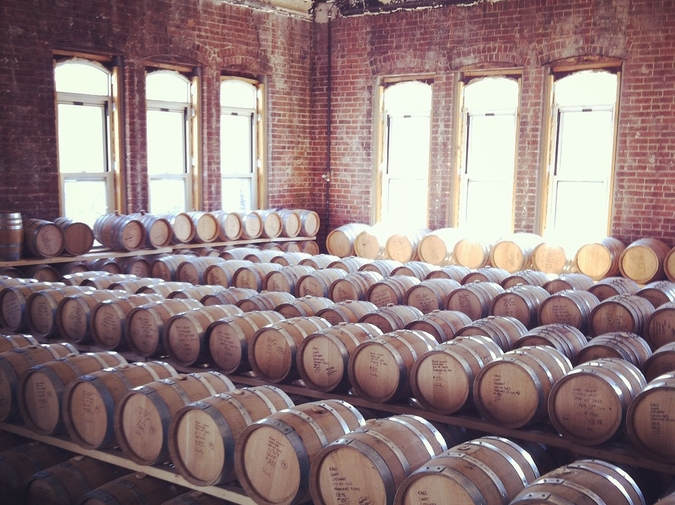 I’m allowed to love The Lumineers because I live in New York City. Hear me out. There are now more than 8.5 million people in this city. Meaning, we’re all searching for an escape most of the time. We get up even earlier than the early-birds so that we can run the path next to the river and only see 2 or 3 others for 45 whole minutes. Listen to “Gun Song” on the Lumineers’ new album, Cleopatra: that’s what we’re singing when we want to escape. “La-la-la-la-la…la-la-la-la-la”

It’s been four years since The Lumineers put out their first album, full of anthems and floor stamping. If that album was a road trip to the west, this album is actually living there. Where the first album had a lot of backup vocals, this time it’s largely just Wesley Schultz, and he can hold his own. This is serious stuff. Ache, and lament, and weariness, but still with energy. There’s more at stake here. “I was late for this, late for that, late for the love of my life, and when I die alone I’ll be on time…the only gifts from my lord were a birth and a divorce.” These songs are basically saying, “Look I’m flawed, do you want me or not?”

A few weeks ago, I went to the Kings County Distillery, in the gated Brooklyn Navy Yard. The simple brick building used to house the paymaster, where the Navy boys picked up their paychecks…and usually went and bought booze. As soon as you walk in you smell mash and fermentation. It’s beautiful. Out back you can sip whiskey and be still and the breeze from the water perfectly dampens the sunbeams. For a minute, you’re not in NYC. You’re in a backyard where The Lumineers are playing, and all the bullshit is just fine. It’s been a tough four years, but now you’ve got better stories to tell, and a more vivid melody, worth playing over and over.

Flashes of Life (Hobart Handbooks) is Micah Ling's most recent collection of poetry. She teaches in the English department at Fordham University in Manhattan, and is also a dog-walker. micahling.com