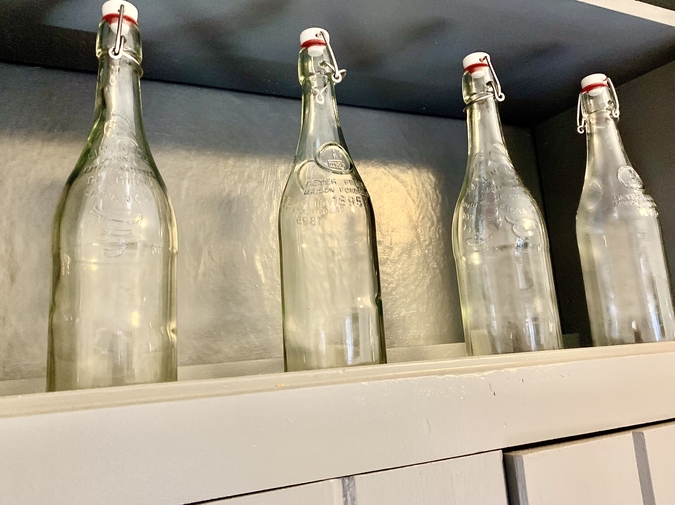 I get so bored sometimes that I think about getting sober. It never lasts that long; inevitably Charlie comes back again and I find myself with a cold nose and shaking hands just one more time. I guess it’s a pattern, one I don’t really like, especially since my therapist told me I’m only supposed to take drugs once a year on my birthday. If it were special occasions only, then it might not be so boring.

When Charlie’s gone I go to my therapist once a week, like I’m supposed to, like I promised I would. If I don’t have a good distraction, then an hour of talking about myself is as interesting as it gets. My therapist doesn’t notice if I don’t show up, just assumes that I got back to my life and to getting high again. Once I missed three phone calls in a row from her, asleep and sober enough, and she told me at my next appointment that she thought I had overdosed and died. When people stop doing drugs and start them again, she said, they do too much and their hearts stop. After that I thought I had better not quit anymore, at least until I’m done with my heart.

Charlie’s cocaine tastes like Christmas morning when it drips down the back of my throat. It’s so clean that I think she might make it herself, as if that’s where she goes when she disappears for weeks at a time. When she comes back she never just wants to drink gin on a Tuesday night and wake up in the middle of the day to catch the matinee showing of whatever superhero movie has just come out. Charlie likes the secret bar, the one where you have to knock in a special rhythm to get in and half the time they charge you fifty dollars cash at the door because they know there’s nowhere else for you to go at five in the morning. Charlie likes to blink slowly at the nice-looking girls and see if they’ll kiss her and see if they like the color pink and see if they can dance after half a bump.

Charlie found me like that, dancing. She used to hold my head back and pour drinks in my mouth when I was blue, but all that did was make me a bit green. You can’t water down blue. Charlie likes to kiss my forehead, like I’m a cat that’s just pawed her mug off the counter and let it smash against the tiled floor. She finds me all the time now, not dancing but alone in my apartment next to a graveyard of empty bottles.

She’s been gone for a week this time and I’m bored half to death, thinking about how much longer I really want with my heart. I’m supposed to go to my therapist today, but it seems like a lot of work to drive there. Charlie left me three little vials, a gram each, cute and small like they could go in a doll’s house. I’m waiting for her to come back, so I line them up on my sink and stare at them while I brush my teeth at two in the afternoon. I wonder for a minute if this is going to be the final time, the time she doesn’t come back. But then there’s a knock on my door, so I spit into the sink, run the water, think about putting on pants. The door opens before I get the chance, since Charlie knows how to pick the bottom lock with a credit card and I always leave the top one unlocked in case she wants to come in.

Charlie nudges a bottle out of the way, silent, looking down at my bare knees. She has a pink backpack and a pink dress and she’s dyed her hair again, bleach blonde with pink tips. Her teeth are white when she smiles, her gums showing at the top like she hasn’t gotten her lip flip Botox redone in a while. Charlie doesn’t talk a lot, because she knows I know what she means when she starts unpacking her backpack. The lines are on the table before I register what’s happening. For a second, I think that this will be the time I don’t give in. I could still make my therapy appointment if I left now. But Charlie holds out a drink, because she knows I don’t like to do lines until after I’ve had some gin, and I take it. I hope, desperately, that this time it’s interesting.

Rachel M. Beavers is an American living in England, where she is currently pursuing a masters' degree in creative writing and publishing at City, University of London. She spends her free time rambling about tennis to anyone who will listen and trying to pet dogs in the park.