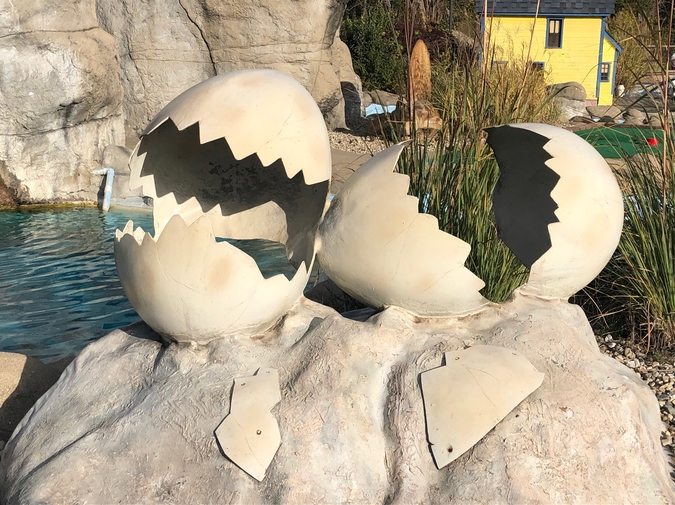 In my Sunday dress, I suckled water from the Baskin Robbin’s water fountain — the one nearest to the men’s restroom. My father sat at a table a few feet away, writing notes in his Bible for his next sermon. The fountain must have been kid-sized, short enough for me to reach without any help. I let the water fill my mouth before swallowing it in a big gulp. It was so cold that I could feel it make its way down to my stomach and mix with the lingering chill from my recently devoured cup of ice-cream. This is my first memory of pleasure.

This is my first memory of pleasure, but some parts are blurred. My dad must have said something about my overzealous drinking, perhaps about the fishes and drying up the oceans. I can almost hear his voice, cracking from the hours of ministering he’d done just before, calling over to me — “You about ready?” To which I would have wanted to respond, “No.” Maybe he said nothing, but that is hard for me to imagine. This is one of my few memories in which he does not say a word.

I hated that dress. I have no clue what it looked like. I imagine frills that barely covered my butt, leaving my legs concealed only by white stockings. I imagine shoes that had scuff marks on them, tight around the toes. I’m sure it was a pastel color, something feminine and easily stained. It had wrinkles from being wrangled into an old suitcase. There is no way that I wasn’t wearing a dress.

There is no way that I wouldn’t have ordered ice-cream. My dad took me there after church as a means of giving me something to look forward to. I’d sit still for hours as he preached. Ice-cream. I’d pretend to read along in my stepmother’s Bible. Ice-cream. I’d run up to the stage and give him a hug when it was over. Ice-cream.

Pleasure is hard to come by in a church — the most austere office of them all. I’d sit at my father’s desk, coloring, listening to his printer sputter out his typed-up notes. I’d abandon my artwork only when it was time to go sit out in the pews until the service started. One time, I tried sitting on the stage where my father was, but when some of the other kids saw me up there, they decided to come too. They sat on top of me, or at my feet. I wanted to remind them—"I am the pastor’s daughter. Not you,” as if that made me more worthy of sitting on a stage. As if I wasn’t just in it for the ice-cream.

I don’t think the church kids knew who I was except for the fact that I was a kid just like them, who sometimes came to church and sometimes didn’t. I was pretty terrible at being the pastor’s daughter. The divorce left me in a constant state of being passed between borders, my parents driving me back and forth from Alabama to Mississippi, from Mississippi back to Alabama. Some Sundays, I was with my dad inside of a Baskin Robbins after several hours of being at church. Most Sundays, I was not.

The Sundays that I was with my dad inside of a Baskin Robbins felt different from all the other Sundays in which I was not — like I was playing a part. I was the pastor’s daughter, who loved her dad, whose mother packed her a pastel dress and sent her off to war.

I couldn’t complain. I didn’t know that I could.

Maybe it isn’t fair to compare divorce to war. Maybe divorce is just a battle where both sides lose and have to pay reparations. Maybe I, the daughter, am the reparations.

I thought I wanted ice-cream. What I really wanted was consistency. I knew that whenever I made it to that Baskin Robbins, the water fountain would be there, waiting for me. I knew that every sip would be refreshing and good.  I wanted to feel cool to the core, to rinse out all the sugary residue left to rot in my mouth. I embraced the challenge of knowing when to pull away, of being able to decide when I’d had enough.

Since childhood, I have found only one picture in which both of my parents are smiling. In the photo, my mother is pregnant with me, and they are both laughing at what appears to have been a really great joke. My dad towers over her, grinning, mid-punchline. I look at them both, young and dressed in their Sunday best. I try to forgive them for making a life with a love that didn’t last, a pleasure that disappeared like an arch of chilled water.

Micaela Walley is an MFA candidate at the University of Baltimore. Her work can be found in Huffpost, ENTROPY, and Okay Donkey Magazine. She currently lives in Hanover, Maryland with her best friend--Chunky, the cat.