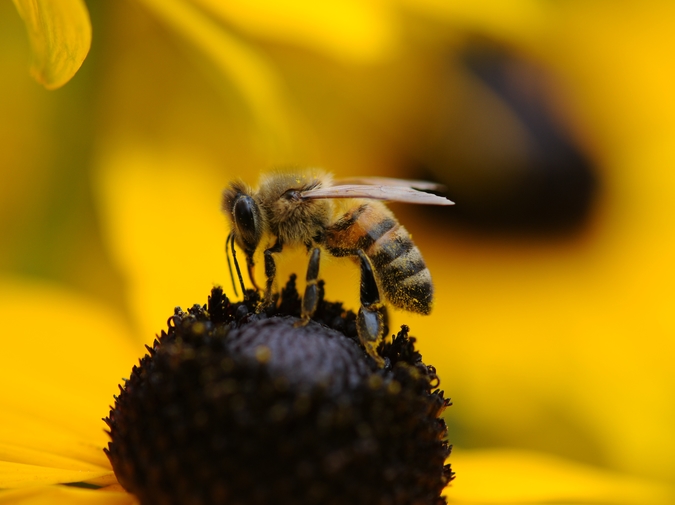 A bee flew up my nose yesterday.

I was looking for bodies in the old sunflower patch out behind my second favorite Papa John’s. It seemed like a pretty nice place to get murdered, so I figured someone probably already had been. But all I found was this bee and a sunflower that didn’t even smell that great.

I’ve always considered myself a pacifist, especially when it comes to bees, because of the whole pollination thing, and because bees sting when threatened, and because they die shortly after stinging, so I just let it wriggle further and get comfortable and tried to breathe through my mouth, hoping it would find its way out soon enough. But after three hours of increasingly desperate Google-ing, it was clear the bee would be spending the night. My only hope was that it would leave quietly and painlessly in the morning.

And that my snoring wouldn’t kill it.

I woke up at 4 AM with a migraine and a buzzing sound in my throat. When I opened my mouth, the buzzing got louder. When I closed it, the buzzing funneled through my nose. Then I heard the other bees. There were dozens, flying in through a crack in my window and hovering two feet above my head. And another, flying out to meet them from between my lips.

“Finally,” I said, but the continued buzzing in my throat swallowed the word.

I toed my way to the bathroom. The other bees, who were now a swarm, followed me, but none seemed interested in stinging. They were just really loud.

I looked up my nostril in the mirror. Instead of one bee, I saw three. There were four more hovering between my tonsils. The original—which in retrospect was a queen—was deep inside my nose, having already reworked the snot for her purposes. An egg oozed down my throat and was quickly taken back up by one of the workers.

Then the swarm descended.

Becoming a bee sanctuary wouldn’t have been so bad, if it wasn’t for all the buzzing. I support the cause, and everything. But what they don’t tell you is that bees sleep in shifts. By the time the workers broke through my ear drum, I couldn’t hear anything anyway.

I’ve decided I’m going to go lie down in the sunflower patch to give the bees a better chance at pollinating and filling my brain with honey. I hope it doesn’t take too long.

Alexander Cendrowski is an octopus, lemonade, and socks enthusiast from some beach in Florida. You can find him in PINBALL, Cleaver Magazine, Word Riot, and anywhere else, as long as you believe hard enough.