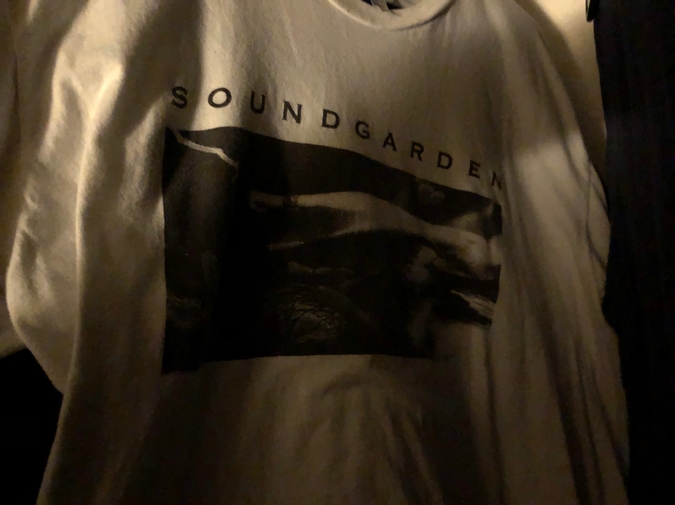 When I first heard the song “Mind Riot” I thought I was in for something trippy and psychedelic. Like most of Soundgarden’s catalog, my preconceived notion was destroyed when I heard the first notes. I heard Chris Cornell sing, “I was tightrope walking in two-ton shoes,” and realized that in one line he explained what it was like to feel the anxiety of everyday life and the weight of depression. Making it feel like you’re in slow motion, barely able to move forward. In “Jesus Christ Pose” I was prepared for five-plus minutes of pure blasphemy, but what I heard was a condemnation not of Jesus, but of a culture that was using Jesus for its own gain. Badmotorfinger wasn’t the first time I heard Soundgarden, but it was the first time I really listened to them.

When Chris Cornell died in 2017, a legion of fans mourned him, and undoubtedly new fans were made. As with any celebrity death, the demise sparked a curiosity of the life that was lived. What didn’t happen, as far as I could tell, was an outpouring, or even a trickling, of love from the literary community. It seemed odd that a community which embraces vulnerability, sensitivity, and talent, denied recognition to such a poetic lyricist. In literature we are often spellbound by tales of depression and addiction, and applaud authors “brave” enough to write about such things. Chris Cornell confronted those demons in his music, but didn’t do so in a way to make you pity him. Somehow the listener hears the struggle in his voice, and is given hope. In hearing his pain, we recognize ours and know that someone else is going through the same thing, and is trying to make sense of it. We move forward because today quickly fades into the past, and the future exists within the present. Through his music and lyrics, his art, Chris Cornell helped us realize that.

Drink: Guinness Draught out of a can, poured slowly into a pint glass.

T.L. States lives in Tucson with his wife, daughter, and middle-aged dog. He spouts nonsense on Twitter as @tlstates78.