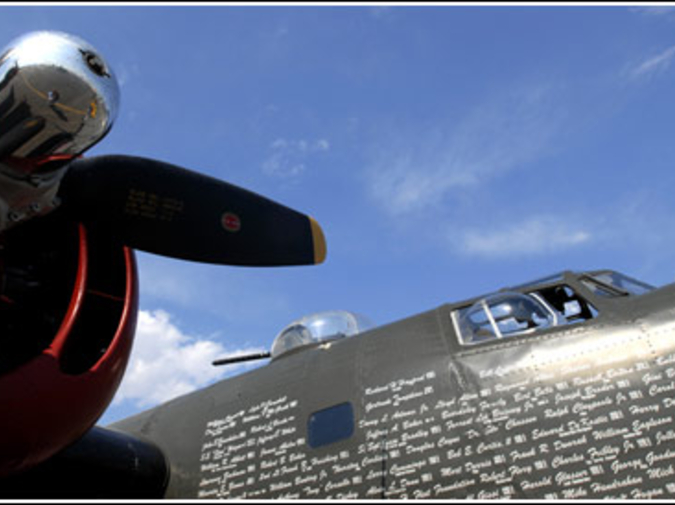 The boy found the helmet perched atop a bag of trash set out in front of Mr. and Mrs. Traska's house across the street. Well, only Mrs. Traska lived there now. A few weeks earlier, the boy had watched Mr. Traska get wheeled out (on what the boy's mom told him was called a gurney) and folded into the back of an ambulance. Mrs. Traska, wearing only house slippers and a yellow gown that she kept batting at like it was on fire, climbed in with him and then the ambulance drove away. The boy asked his mother why the ambulance hadn't turned on its lights and blown its siren, and his mother said, "I don't know, honey."

The boy liked it when his mother called him honey.

A few days later, the boy's mother pulled him onto her lap while he was watching cartoons. "Honey, do you remember when the ambulance came to pick up Mr. Traska?"

"Uh-huh," the boy replied, not wanting to be distracted.

"Well, Mr. Traska was very sick. He died in the hospital."

The boy said, "Oh," because he didn't know what else to say. He could tell that his mother believed that this news would bother him, but it didn't. The boy understood that people stopped living and that they got buried in the ground and were gone forever. Animals died all the time. He saw them in the road, their insides on the outside. Besides, the only thing he knew about Mr. and Mrs. Traska was that they talked funny--they sounded like Dracula or the Nazi soldiers in movies--and they didn't like it when he rode his bicycle across their lawn.

"I made Mrs. Traska a meatloaf," his mother said. "To make her feel better. Do you want to go when I take it over?"

"Okay." The boy said this because his cartoon was over, and he didn't like the one that came on next.

At the door, before they knocked, the boy's mother handed the dish to him. "Maybe you should give it to her."

The boy's mother knocked, and they waited for Mrs. Traska to answer. The boy breathed in the smell of the meatloaf, and he stared at the cracked paint around the doorknob.

When Mrs. Traska opened the door, she said, "Why, what a sweet boy you are."

The boy placed the dish in her hands, which were bony and shaky, and he worried that she might drop it. But she didn't, and then she invited them in. She led them to a soft, dark couch in the middle of the soft, dark, and funny-smelling living room. The boy wondered why Mrs. Traska didn't turn on any lights or pull open the curtains. Mrs. Traska sat in a chair across from them. She didn't say anything. The boy looked up his mom, who said to Mrs. Traska, "I'm so sorry about your loss, Mrs. Traska." Mrs. Traska nodded her head and rubbed her hands together like she was washing them with soap. Then she started shaking her head back and forth very slowly. The boy looked up again at his mother, who raised her eyebrows at him, but he didn't know what this was supposed to mean. Then his mother said, "We should get out of your way, Mrs. Traska. We just wanted to give you our condolences and bring you a meal." Mrs. Traska nodded.

The boy took the helmet from atop its perch on the bag of trash and inspected it closely. It was covered in tan cloth, and it rang like a sick bell against his knuckles when he knocked them against it. The inside was stained, and it smelled weird--like dirt and medicine at the same time--but he didn't care. It was too big when he put it on, but it fit well enough that he knew when he wore it to play Soldiers next time, his friends would be impressed, particularly Allan Blevins, who always wore a hat of some sort.

"Okay, where'd you get that pith helmet?" his mother asked when he walked through the door. She was watching television and drinking a glass of iced tea.

He shrugged his shoulders. He could tell from the way she had asked him that she would get mad if he told the truth. He wanted to ask her why it was called a "pith helmet," but like with the truth, he knew from the squint in her eyes that this wasn't the time for it.

"Mr. Traska's used to wear a hat just like that when he worked in the yard," his mother said. "You need to take that over to Mrs. Traska. She'll want it back if it's his."

"But it was in their trash," the boy said, forgetting already about not telling her where he'd found it. Plus, he'd never once seen Mr. Traska wearing it when he worked in the yard.

"So you do know where you got it." His mother chewed on a piece of ice. "Get your behind right back on over there."

The boy wore the pith helmet over to Mrs. Traska's because he knew this would be the last time he'd ever get to wear it. He liked how it felt on his head, how it shielded his face from the sun, how it made him feel like someone other than the boy he was, like a jungle explorer or a safari hunter.

When he knocked, he reminded himself that he needed to ask for the casserole dish back if Mrs. Traska was done with it, as his mom had directed him to do on his way out. When Mrs. Traska opened the door, she immediately snatched the helmet from his head. "What do you mean by this?"

"Nothing," the boy said, surprised at how frightened he suddenly was. "It was in the trash. I didn't think you wanted it. But my mom said I had to bring it back."

"You're an awful boy to do this," Mrs. Traska said, pointing a shaky finger in his face. "An awful boy. I wanted it away from here. And you bring it to me to make me remember again."

Mrs. Traska slammed the door shut, and the boy returned to his house. His stomach hurt.

The boy ignored his mother and ran to his room, where he cried soundlessly until the pain in his stomach faded and he fell asleep breathing the hot air of his soggy pillow. When he woke, his cheeks stiff with the residue of his tears, he wondered if maybe he really was awful, and if all that had been needed was for Mrs. Traska to point at his heart and name it as such.

Eventually, however, all of this faded from his memory: the gurney, the ambulance, playing Soldier, Allan Blevins, the meatloaf, and even the pith helmet. He grew up believing himself to be a good person. And the people who knew him--his wife, his children, his friends--believed him to be a good person, as well. But occasionally, in fleeting moments of darkness or drunkenness or despair, he heard a strange voice that he no longer even recognized as Mrs. Traska's, and it spoke to him with a mysterious authority that struck dead everything that he held true, causing him to feel as if all that was him had been scooped out and tossed away:

But then the voice would die off, the shadows would dissipate, and his world would return with its customary freshness and light.

Kevin Grauke teaches at La Salle University in Philadelphia, where he lives with his wife and two children. His fiction has appeared in numerous literary journals, including The Southern Review, StoryQuarterly, Quarterly West, and Hayden's Ferry Review.