At My Husband's Funeral 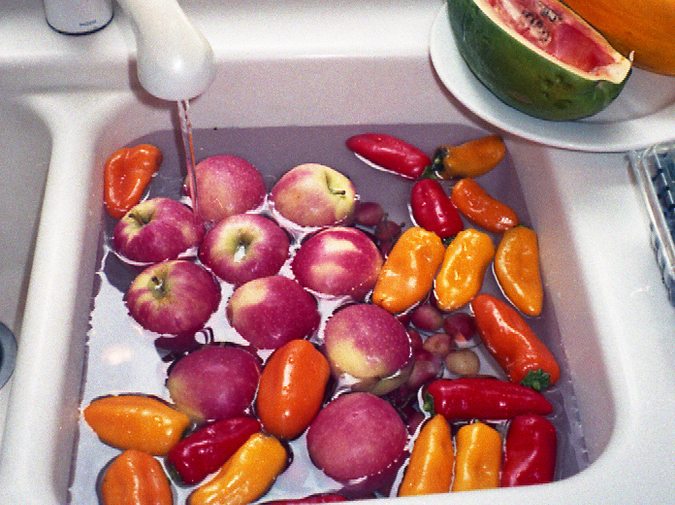 At my husband’s funeral, we drank Moscow Mules. I served them in copper mugs, just like you’re supposed to, and everyone thought it was adorable and heartfelt. My husband’s ability to make the perfect mule was well-known. We drank them several times a week, but only at home. No bar could make them like he could. Not too sweet, a little spicy, heavy-handed with the Icelandic vodka we both preferred.

My husband hated copper mugs, though, and nobody knew that but me. He thought they made the drink taste metallic. So I handed them out, smirking at his rolling eyes behind every mourner. He thought the copper mug trend was stupid and cloying, and that people who followed trends were stupid and cloying. He also readily admitted that both he and I followed many trends. That we only strayed from beer and wine to this one cocktail a couple of years ago, after reading an article about it in The Washington Post.

“You’re a phony,” I said to him, once my sister-in-law had finished leaving a wet patch of tears on my shoulder.

“You just heard that somewhere and you thought it sounded cool,” he answered, as his father stepped through him to place a callused hand on my cheek.

That night we fucked, though he called it making it love. Still making love, thirteen years and a child and even death into this union, and still—I loved fucking him. I loved it more than I did even when we were young and dramatic and going at it in club hallways, behind cigarette machines. On stairways at parties. In the kitchen at a friend’s dinner gathering. I loved that now he kissed my eyebrows gently, drawing sparks from tired skin.

Sometimes, before, I had wished he loved me less so I could withdraw. But my attempts at crawling into myself were only tolerated for so long before he would love-lasso me out.

“I missed you,” he said, pulling me close.

“I was only checking Facebook in the bathroom,” I answered.

We made a child nine years before he died. A son so similar to his father that it was as if he had simply shot out a small branch and I’d clipped it, repotting it in the smallest amount of my soil. I could see me, somewhere in there, but mostly it was my husband. And like his father, he was a funny mixture of island and tsunami. I was the swimmer caught at the crest of their waves, pushed toward shore, hovering over the solid earth but not making contact. Never dunked or scratched up. Occasionally thrilled at the height and view. Always tired.

“He’s pretty messed up,” I told my husband, touching our son’s eyebrow after his twitching legs finally stilled and his breathing became steady and rhythmic. “Your funeral was too much for him.”

“Eh, he was messed up before I died,” he answered.

Our son was silent at school. But at home he exploded with stories and ideas. He yelled at the dog and demanded my constant attention. When I didn’t understand what he was trying to say, he became enraged, accusing me of not listening. His father’s son.

“You don’t feel anything I feel!” my son said to me.

“I don’t even feel what I feel,” I answered.

It amused my husband to see me struggle like this with our child. He understood exactly what our son felt. It was so clear to him, so obvious – you could hold it in your hand, if you just looked closely enough. But I was too tired to focus my vision in that way. Loving them was a steady drain, and I had to shut down certain functions to avoid napping for hours or refusing to feed anybody.

My husband watched over my shoulder as I put our son to bed two nights after the funeral. He offered commentary on the gray hue to his skin and the bags under his eyes. He needed to go to bed earlier. He needed a week off of school. Maybe we should go to the mountains. Maybe I should speak with his teacher about reducing his workload.

“You are really not in a position to boss me around,” I said.

“You’re so defensive,” he answered.

I lay in his arms that night. Listening to the purring of his inhales and exhales. My right ear pressed hard to his chest. He had the body of a sixteen-year-old, firm and lean, even as I grew softer every year. We were opposites, wrapping around each other, and I had no identity outside of that.

And I listened to his breathing all night, sinking under the wave, inhaling and exhaling to match him. Breathing in water and fish and seaweed. Growing gills to stay there. Convincing myself that being a mermaid was the same. Better, even.

He wasn’t in bed when the alarm went off. I heard my son peeing in the hallway bathroom. I heard the dog’s nails on the wooden floor, stopping outside our bedroom door, squeaky jaw yawning.

“I wish you would take the dog out for once,” I said.

Hannah Grieco is a writer in Arlington, VA. Her most recent pieces can be read in Washington Post's 'On Parenting,' Huffington Post, Barren Magazine, Lunch Ticket, and Arlington Magazine.