And to Dust You Shall Return 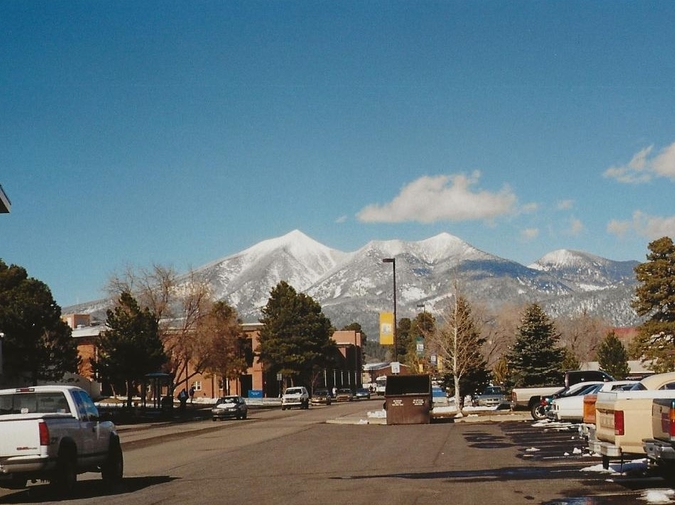 When the curtains open on my debut performance of Girl Whose Brother Died, I pay particular attention to stage design. I have a vase of dead roses on my cruddy dorm room shelf. I didn’t hang them upside down to dry, so they droop on their stems, dusty heads hanging over the computer I stare into day and night. They were blood red when I stuffed them in the vase but are now congealed brown, like a scab but less attractive.

Girl Whose Brother Died is, among other things, a tortured writer. Three times so far, I have typed and deleted a story about a sister who takes flowers from her brother’s grave and, later, when she’s ready, crushes them into a fine powder, spreading them like ashes somewhere he would like. The story lingers incomplete on a 3.5-inch floppy disk while I try to think of a poetic place to release the flower dust. Somewhere that will make a reader cry.

I haven’t cried. I was told I did once, when my bartender boyfriend got me so drunk at his house that I couldn’t walk straight for two days, staggering to my on-campus job still humming snatches of songs I couldn’t remember. They sent me home, let me down easy, sent an e-mail about my divided attention and my clear need to focus on other things.

My favorite high school teacher got me the job I lost, but Girl Whose Brother Died doesn’t need supporters. I hold a match up to my eyes and watch the bridge burn. It feels good to ignite this link to my prior role of Pleasure-to-Have-in-Class, to cut the ropes on my own safety net. Which is to say it feels like something.

My brother—half-brother, don’t oversell it, he was so much older and we didn’t grow up together—had two children, had a wife, had a life whose contours I couldn’t pick out of a lineup because it wasn’t mine. When his heart stopped, I didn’t feel it. I was climbing off a Greyhound bus in Arizona at the time, blinking in the glimmering sunrise. I called my parents in Virginia to say I’d arrived to start college, and my dad’s voice broke in a way he denied, which meant something bigger was broken.

I fell to the ground when he told me, like something you’d see on television or in a movie. The big dramatic moment. The tray of crystal glasses shattering on the floor.

The drinking that started right after feels performative too, until it feels like nothing, which feels better. I am guilty of milking this tragedy, guilty of making it about me, guilty of skipping classes and citing loss, big loss, much sadness.

I’m launching this performance in the town where I grew up, but I want to be a different person. My family isn’t here now, just me, so I can be someone else.

I light a whole box of matches and set every thread of connection aflame. Cut off my hair and dye it red. Seek out those who will mistreat me, a bloodhound for self-inflicted wounds. Shrug when my best friend tells me she can’t watch anymore.

My performance is not for everyone.

I board another bus for winter break. I pack light—a backpack, a notebook to record my brilliant musings about cross-country travel and the characters I meet—because everyone is a performer and no one is a person. All the world’s a stage and the players are Heading Home for the Holidays, everyone acting out a movie I scratch onto pages that will make me cringe years later. I write my stories in broken French, assuming no one will be able to figure out I’m scribbling their caricatures between my butterfly covers.

I disembark into an ice storm. It is unreal to my desert eyes, every tree branch encased in glass—that’s beautiful, write that down.

I slip and fall on my ass.

After holiday break, I step off another bus into another semester of college, where my grades are threatening my scholarship. My parents want me to move to Virginia, where they live now. I think I should, too, which means I absolutely will not.

One morning, I feel a fuzzy smoothness on the back of my skull, a pointed, itching patch of prickles. My hair is breaking off in clumps, abandoning my head in a crushed spiral, crop circles giving way to bare skin. Campus health is mystified and calls a dermatologist’s office that is booked into the summer. “You need to cry,” the nurse says. “Ask for a cancellation.”

The terror feels performative. The tears are real.

Alopecia areata is an autoimmune condition. Psoriasis is an autoimmune condition. Your body attacks your hair, attacks your skin, makes less of one and too much of the other. Your body does not recognize itself. I sympathize with that sense of strangeness as I find clumps of too-red hair on my pillowcase each morning, the smear of purple eyeliner that never suited me, the contours of my skull emerging in a way that makes strangers ask if I’m undergoing chemotherapy, a perfectly normal question to ask a 19-year-old girl you’ve never met.

My grandmother comes to move me out of the dorm for the summer. I’d forgotten she was coming, forgotten the days of the week.

She waits as I shove my clothes into plastic trash bags I borrow from my bewildered roommate, a former cheerleader who has spent nearly a year in a twelve-by-twelve space with a melodramatic stranger who moved in late and said “my brother died” the first time she met me. I also melted her television and her microwave. I made such a mess of my side of the room that she draped blankets as curtains between the halves. I stripped naked in my sleep when the radiator was too hot.

Part of me fears she will tell horror stories about me for the rest of her life.

Part of me fears she won’t.

My grandmother asks to hold my hand when the dermatologist—who had a cancellation—uses a syringe gun to inject dozens of dots of steroids just beneath my skin, and I shake my head. I tell her I might break her hand.

I step onto a plane cooking atop a Phoenix tarmac in May, among low-slung buildings shimmering in mirrored mirages. I step off it into an airless Virginia evening, moist heat pressing against my prickling skin. Summer in the south feels like months spent wrapped in wet flannel while I wait for a chance to do things differently. In August, I reverse direction, fly back to my cruddy dorm room across the country, pay extra to live there alone.

I keep things neat. I tuck away the rosebud scabs in the depths of my jewelry box, making its velvet insides smell like grimy potpourri with an undernote of rot. I get another campus job, grow out my hair, and open curtain on a revival performance of Pleasure-To-Have-In-Class: now starring Determined New Adult in the lead role.

The role feels unfamiliar, but I think I’ve pulled it off. Now, I think, I can go home—home in the Robert Frost sense, in the sense that I have to go there, and my parents have to take me in.

Now I perform in a town where I didn’t grow up, but I want to be a different person. My family is there now, with me, and I can be someone else.

My dead brother—half-brother, don’t oversell it—squints his smile out of a frame on my desk, a picture handed out at his memorial because I didn’t have another one to frame. All the others are blurry and incomplete, printed from shaken film in a camera clicked by a hand almost two decades younger than his were. I always clicked the shutter too hard, cutting off the photo across his heart.

I tell my mother I don’t know why his death cracked me open.

She says the small parts of your life seem bigger when they’re gone.

I graduate college, graduate law school, walk down a path of years that leads to the age he was when he died. I am thirty-four the day I clean my jewelry box and find the roses crumbled at the bottom. They have become the dust I planned for that story. I cannot find the floppy disk, and I couldn’t read it anyway.

I think of Hemingway’s suitcase of stories, abandoned on a train. Narratives whose loss defined the stories that came after.

It was never about me. When you’re young, when your own sense of importance shapes the parts that others play, everyone is a principal or extra in the show that is your life. Growing up means learning your own performance is a bit part in other shows, and they all go on without us. He was a father, a husband, a son. He was a colleague and a neighbor and a practical joker. Among these many roles, he was my brother.

The parts were cut abruptly and too soon. That does not mean they ended.

My daughter loves my jewelry box, picks through the baubles and plops rings onto her fingers, necklace upon necklace around her tiny neck, a strand of hematite beads pinching her downy hair as she pulls it over her head. The silver stones are dusty with petals long since crushed into the velvet.

I tell her my brother gave me that necklace.

She asks which brother, because she has three uncles.

I remind her she has four. Remind her one of them died, long before she was born. I show her the framed picture squinting from the frame.

She asks if I will die, and I say yes, but I hope not for a long, long time. I wrap my arms around her. I tell her a story.

This, too, is a performance. But it doesn’t feel performative. It feels like setting another stage and watching someone else walk into the spotlight. It feels like throwing roses at her small feet. It feels like trying to predict when the curtain will fall, and knowing that you don’t hold the ropes, and whispering small prayers for a long and successful run.

Audrey Burges writes in Richmond, Virginia. Her debut novel, The Minuscule Mansion of Myra Malone, will be published in 2023 by Berkley/PRH, and her work also appears or is forthcoming in McSweeney's, Pithead Chapel, Cease, Cows, HAD, Fudoki Magazine, Into the Void, Slackjaw, The Belladonna, and other outlets. More of her writing is available at audreyburges.com, and you can follow her on Twitter: @Audrey_Burges.