An Uprising of Horses at the Schaumburg Medieval Times 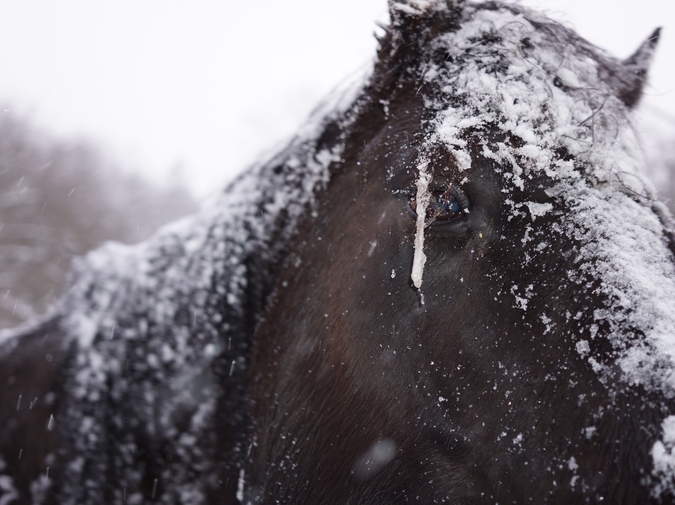 The first line in the Medieval Times employee handbook is “The King always wins” even though really it’s the Champion Knight who wins and every move of the nightly joust is scripted to ensure that always happens, to make sure it all always happens just right—that the Royal Falconer releases his bird on time, the Queen of Love and Beauty gets appointed, the Chancellor and the Princess announce the birthdays in the audience or the Boy Scout troops, that the Tournament all goes according to plan, that evil Lord Ulrich and his Herald are turned away and the kingdom is saved—but because all earthly events are connected and no joust exists in a vacuum maybe someone should have seen it coming that Friday night in June after I’ll Have Another got pulled from the Belmont Stakes for so-called injuries and, coincidentally, sold to stud for millions more than if he’d fallen back in the last leg of the Triple Crown, maybe someone should’ve expected it—the King, maybe, in all his foil-hatted majesty—that night here in sleepy suburban Chicago the horses might revolt and that night they rose up, bridled and half-blinded, and they toppled the King, tossed his foil-wrapped crown to the arena floor and they trampled the Princess too and the Herald and they got three rows into the crowd before Phil the Manager shot them dead—each and every horse—with the last-resort rifle he’d been told to load with tranq darts and with which several times in his office—usually already drunk or stoned, because he was 23 and still living at home and alone and sad—he’d tried to shoot himself silly and couldn’t—couldn’t pull the trigger—but who earlier that day had loaded real bullets into the company gun—branded on the stock, like everything else, with the serifed corporate logo—just thinking now maybe it’s time already to end it, to end this feeling, this gutsuck feeling of failing to do anything spectacular to move earthly events in his favor or even to pose some authorial impact on this show that repeats every night the same again and again by, say, letting evil Lord Ulrich win for once or by handing reigns of the realm to a Queen for once—and then here now with this chance to save the King and failing again but still taking down from long distance four well-trained, well-trod horses—real live horses animated by the heraldic power of one animal watching the glory of a deserving other denied—and the crowd sitting there horrified between courses, the music still going, and the King on the dirt—himself not more than 19 and also living at home, although yes he is the King—trying to understand what blood this is that stains his robe—his or the horses’—and how much they’ll charge him for the wash—they, Medieval Times, the company, because this is a pretty big franchise, a pretty big gambit at $84 a head for well-done steak, iced tea, and a show—and whether all of this—this whole scene—whether this is just what it looks like at the end of a history, at the end of an earthly event: a manager holding a spent gun and a King sprawled red and both looking up at a ceiling painted by numbers and crude to resemble an unidentifiable sky over a non-specific place at an unspecified time in history when four deaths in an arena wouldn’t be received as anything more than merely ordinary.

Matthew Fogarty is the author of Maybe Mermaids and Robots are Lonely (George Mason University’s Stillhouse Press, 2016), which Kirkus named one of the best books of 2016. The title story recently won a Pushcart Prize. He has an MFA from the University of South Carolina, where he was editor of Yemassee. His fiction has appeared in such journals as Passages North, Fourteen Hills, PANK, Smokelong Quarterly, and Midwestern Gothic. He can be found online at www.matthewfogarty.com and on Twitter at @thatmattfogarty.