An Accessory to the Orchestra 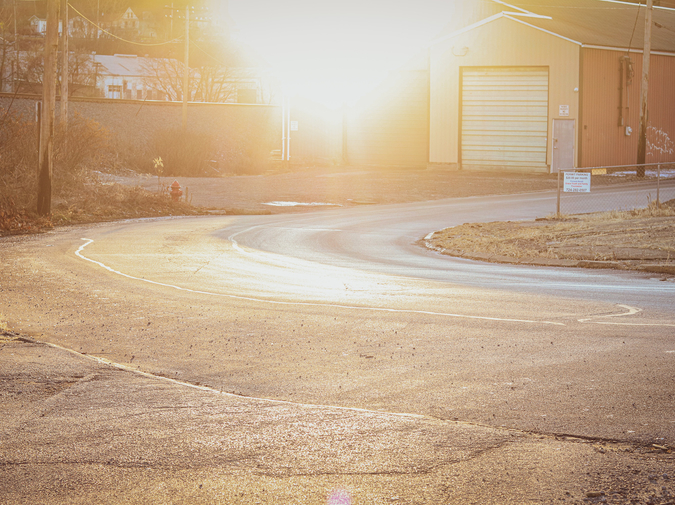 We don’t have time to be sad, I say, pointing to the pile of tarnished silver. There are teetering stacks of stuff everywhere. Outdated soup cans, the Campbell’s label peeling revealing the metal beneath, sacks full of yarn and quilting material, a murky aquarium, and movie memorabilia from the 1950s. The smell of rot and dust, and confinement whisky-ed across it all. Your nose already running, the tote bag from the local grocery hanging stiffly from your other wrist. A long way from those boys stealing candy bars and cough syrup.

Ain’t no time limit on being poor though. That stretches on for years and years until you find yourself robbing your old dead aunt. You pick up a butter knife and twist it in the dusty light of the medieval looking light fixture.

She ain’t got no will. They’ll sell all this just to pitch pennies at her debts. We’ll just take what’s yours and get.

We stumbled through the maze of junk; your aunt called herself a collector— of cat figurines, and stuffed pigs, and movie posters from the 1950s.  Her blackened fingernails pointing to a pseudonym in dripping letters— Katherine Whitetail—claiming it was her. We'd nod our heads, say of course, wow, you were a big star, but she never believed us. Acting didn't run in the family. And she'd throw us a fiver, and wish us away with her creaking wrist. She'd return to her black and white movie, sound blaring a high-pitched orchestra, and we’d be on our way to score a pack of cigarettes and a mountain dew.

Before the drugs. I couldn’t go there with you.

The habit you said was a one-time thing, that you’d never deal to kids, that you had everything under control. That you could see the million ways that you were fucking everything up, that your aunt’s death was inevitable. She don’t have needs like us, you said, pulling out the lining of your pockets, nose constantly running now, a dot of blood in the snot on your chin.

I don’t got the same needs, I reminded you.

You in it now. Our world spins together, Chase.

And goddamn, if I didn’t feel dizzy at the thought of your debts. Wondering how quickly blood chills once it’s outside the body?

I don’t want to fucking find out, you said, ducking in through the window of your aunt’s house, already casing the place, thinking of ways she could die.

Has to be a way to make it gentle, I said. Remember all those fivers she gave us. That bed you sweat in every night. Denver, I grabbed your shoulder, I can’t watch her suffer. You understand, right?

That was two nights ago, you finding me in the park near the pond, chucking rocks at the swans, their feathers ruffled like those things around kings necks during the Renaissance.

Do I even want to know?

And fuckall if you weren’t already haunted, eyes dulled and blazing; a whirling tornado, I was already being sucked into.

We hustled through the streets, sun bright, a searchlight, every window giving off the ghosts of our reflections, cameras documenting our hustle. Already I felt us separating, my mind working on my own choices, wishing I could learn more about those kings, car horns pinballing us through intersections.

The house was silent, those moments before a storm, the sun backlighting your shoulders as you pawed through the junk. Your aunt in that chair, her face slack, molded flesh turning blue.

She choked, alright, you said. Shook my arm, punched me in the shoulder. Alright?

I should have left, but I had already seen her. An accessory, and the way you were breathing, everything monstrous, I wasn’t too sure I hadn’t become a liability. Someone who might also choke.

I told you I’d call it in. Told you to get rid of the stuff as soon as you could. Pay it all off, man. Holler at me when you find someplace to crash.

Just another dead body in a city of dead bodies, right? This world is out to eat me, Chase. I feel the scratch of its teeth.

His arms loaded with a load of junk. A teapot, a klatch of real silverware, a wad of bills in one jean pocket, the other full of tangled jewelry, a turquoise bead jutting out like the head of a turtle. The rattle of pills. The pawnshop was only two blocks. He’d keep coming back until there was nothing left but the torn corners of yellowing movie posters, until the smell was too much, until he had enough money to beg for his life.

You gotta give it all up, man. Get clean. Sanctified, you know?

You dragged that arm across your nose, your eyes brittle like orbs of glass. Maybe you were already dead. Maybe we all were. A million decisions by our descendants reverberating throughout history, our balance knocked askew by the whirling planet, not caring if we had a grip.

I went out the front door, careful to wipe away my prints from the knob. Down the piss-scented stairs, dust and trash collecting in the corners, music blaring, the bass, a beat to retreat through. Headed back to the park, the pond, the ruffle of those feathers, wishing I had been born a thousand years ago. A king at the edge of the swampy water, throned by the sounds of nature, waiting to make that call.

Tommy Dean is the author of two flash fiction chapbooks Special Like the People on TV (Redbird Chapbooks, 2014) and Covenants (ELJ Editions, 2021). Hollows, A collection of flash fiction is forthcoming from Alternating Current Press. He lives in Indiana where he currently is the Editor at Fractured Lit and Uncharted Magazine. A graduate of the Queens University of Charlotte MFA program, he is currently working on a novel. A recipient of the 2019 Lascaux Prize in Short Fiction, his writing can be found in Best Microfiction 2019 and 2020, Best Small Fiction 2019, Monkeybicycle, and the Atticus Review. He taught writing workshops for the Gotham Writers Workshop, the Barrelhouse Conversations and Connections conference, and The Writers Workshop. Find him at tommydeanwriter.com and on Twitter @TommyDeanWriter.