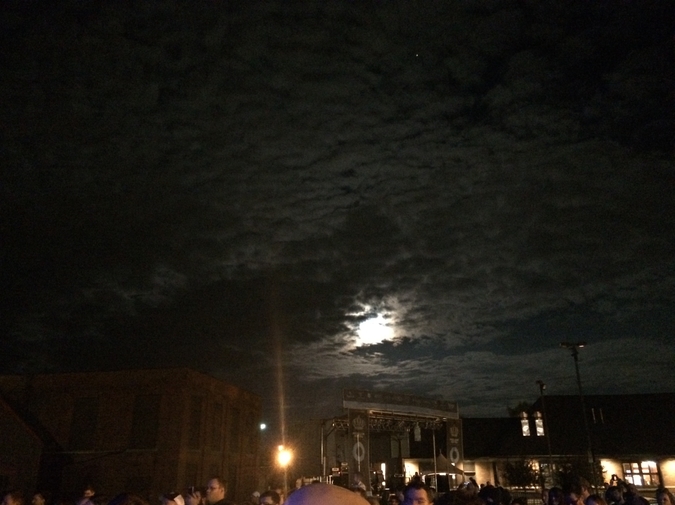 Kasper and I are smashing fluorescent light tubes on the ground behind the Dollar Tree, swinging them down like apes with clubs, the world itself our victim. We found the fluorescents sticking out from the store’s dumpster, then a handful of large, industrial bulbs which we treat like precious jewels, especially after Kasper lets the first one slip before he even gets a toss off; it falls with a depressing pop and it’s agreed that I will handle the bulbs, since I was fifth in the rotation freshman year until Mr. Gedtz found me huffing in a Port-a-John I forgot to lock.

“You decide where you’re going to school?” Kasper says.

“I’m going to Penn Mckeesport,” he says, handing me a bulb. “My parents say the degree is just as good as main campus.”

“How good is any degree that has pedophiles coaching football, though.”

“Because you don’t apply yourself,” I say, hurling a lightbulb so fast and gorgeous that it loses solidity for a moment. It leaves my hand and blends into the air—is of it—a burnt-out sun exploding against the Dollar Tree’s DELIVERIES ONLY sign, turning glass into stardust.

“Your parents haven’t told you you have to go to college?”

“They said I do have to do that, get a job, or leave.” I think of this and begin missing Amber all over again. Kasper and I copped a couple 40s of Hurricane from a kid we know who works at the grocery store. They were like drinking like sludgy acid, but it helped to laugh at the bottle’s backhanded motto: Brace Yourself for the Mellow Taste.

She’s probably forgotten me already, I think. Before she’s even gone yet.

“So they might kick you out?” Kasper picks up a half-smoked cigarette and smells it, winces, then puts it down, slowly. We’re both buzzed. “Where would you go if you didn’t go to school or have a job?”

“That’s probably the point. It’s like the Devo song, Freedom of Choice, where you could either have a handgun or a grenade.”

“You listen to weird music.”

“And you’re too pale to be Greek,” I say. “You’re probably adopted.”

I will pick grenade, I think, gently taking another bulb out from the dumpster and lobbing it, hand over shoulder, high up. It arcs above and falls a couple feet in front of us, but leaves no crater. Aside from us, there is hardly any sound nearby. It is so quiet we can hear stoplights swaying in the wind.

“Well, you gotta pick something,” Kasper says. He doesn’t get that my parents can’t afford to put me through school like his, so school isn’t actually an option because I’m not optimistic like other kids who are taking financial aid and think the country is going to collapse and everyone’s loans will evaporate. It’s cool to read online articles about the Pentagon preparing for widespread chaos from Seattle to Miami—how the ninety-nine percent will eat the rich—but none of our debts are going anywhere. None of us are going anywhere. This is all there is.

“I’ll figure it out,” I lie. We’re all out of lights so we launch our Hurricane bottles against the wall. I forget to take mine out of the brown paper bag so the collision is muffled.

“If I can get my own place off-campus, you can stay with me,” Kasper suggests. “Just say fuck it to all this.”

“That won’t solve anything,” I say.

“Maybe Amber would want to crash, too.”

“She’s going away to Bowling Green.”

I shake bits of glass out of my hair, dust it off my clothes. “It’s alright.”

“Seriously dude, you won’t have to pay rent or anything.”

“Neither will you.” I shove my dust-covered hands deep into my jacket pockets.

“Okay.” I stand in place, shifting my weight from side to side. Remnants crunch beneath my shoes. I think about kissing Kasper, even though I don’t want to. But I would kiss him, or anyone. I think that I don’t really want be here—or anywhere—but am, still.

Eric Boyd lives in Pittsburgh and is working on his first short story collection, Brownfields. His writing has been published by Joyland, The Masters Review, Guernica, The Offing, and Vol. 1 Brooklyn, among others. He appeared in the anthologies Prison Noir (Akashic Books) and Words Without Walls (Trinity University Press). He is the editor of The Pittsburgh Anthology (Belt Publishing). Boyd is a winner of Slice Magazine’s Bridging the Gap award, the PEN Prison Writing award, and was a semifinalist for the H.E. Francis award. He judged the 2016 Waldman International Arts and Writing competition.  His website is Eric-Boyd.com.