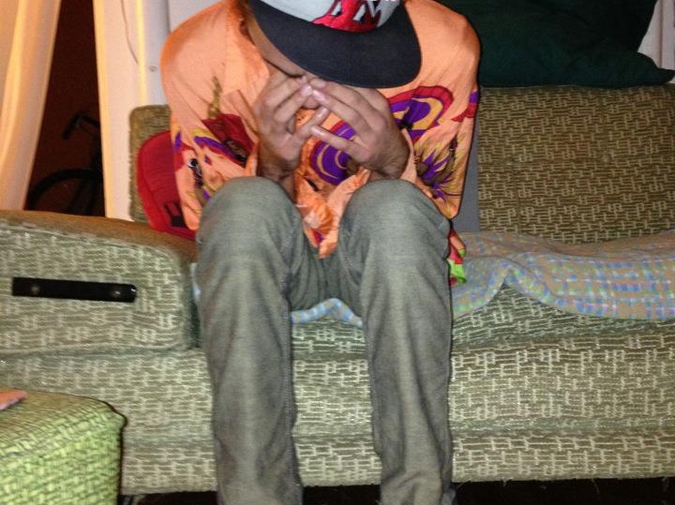 The first month after my ex-(now current)-girlfriend and I broke up I spent a lot of time driving aimlessly and sitting alone in my apartment listening to music and feeling sorry for myself. Here are some things I wrote about the albums I listened to during that time.

Runners In The Nerved World - The Sidekicks

I started listening to Runners In The Nerved World a few days before and immediately after the breakup.

I initially started listening to the album with the intention of reviewing it, but immediately felt dread via having subjected myself to listening to something I most likely would have otherwise "just simply" enjoyed had I not committed to reviewing the album before listening to it, combined with my very real fear of obligation of any sort - so I procrastinated on writing about it until I had the idea to review every review I could find on the internet re the album which "freed me," to some degree, from a certain pressure I was putting on myself, and allowed me to listen to the album in a pleasurable, non-goal-oriented manner.

I felt strongly connected, gradually, with the album, in a weird "cosmic" way that caused me to listen to it on repeat in an obsessive, vaguely meditative manner for a period of ~1.5 weeks.

Most Listened To Songs: [Every song equally]

Get Lonely - The Mountain Goats

I listened to Get Lonely in its entirety that night while crying and chain smoking. I felt a "deeper" emotional connection with the album listening to it this time as opposed to previous times I'd listened to it. It felt cathartic to hear certain complicated-feeling emotions that I could experientially relate with expressed in such a 'uniquely crafted, yet simple, in terms of words, or whatever, but somehow abstractly incredibly effective, to me' manner

I texted Ziggy thanking him for the Get Lonely recommendation.

I listened to this album a lot after that night, mostly while alone in my apartment. I repeatedly suppressed urges to text my ex-girlfriend recommending that she listen to it.

If You're Reading This It's Too Late - Drake

I read somewhere that Drake released a new album (mixtape?) but didn't listen to it until a week or so after hearing about it, due to not feeling ready to listen to anything other than Get Lonely or Runners In The Nerved World yet.

I decided to listen to If You're Reading This It's Too Late one morning while doing dishes. I listened passively until I heard the line "Fuck going online, that ain't part of my day" on the song "Energy," at which point I stopped doing the dishes and listened - and paid attention - to the first half of the album while sitting on my futon and smoking and texting some friends about it.

I started doing dishes (again) but stopped (again) to smoke and focus after hearing Drake repeatedly say "mama" on the song "You & The 6," which seemed interesting/funny to me.

I went to my friend John's house later that day and we listened to the album while doing things in his bedroom. Listening to it with John made me feel a degree of awareness re the absurdity of some of the things Drake was actually saying that I hadn't felt before.

John and I repeatedly said "It's so bad" and "It's so good," re certain lines, or the tape as a whole, while grinning and/or laughing, John often repeating a specific lyric while shaking his head. I remember one interaction going something like:

I listened to ~63% of All Turns Blue but I listened to the title track on repeat ~2 days straight, most memorably while driving through the Metro Parks in sunlight.

I remember telling different people at different times "I [felt] like if this song had been written like, in a different time period, everyone would know it. Like...it'd be a classic or whatever."

The first song I heard by Waxahatchee was "Swan Dive" and I instantly liked a lot and felt surprised by.

I listened to the rest of Cerulean Salt gradually, out of order, but ended up liking every song on the album a lot.

My friend Kevin has a job where he drives around ~2 hours/day checking/fixing rental bikes and sometimes I ride with him. He introduced me to Luca Brasi 2, which I've listened to, to varying degrees, on a daily basis since.

Jordan Castro (b. 1992) is the author of if i really wanted to feel happy i'd feel happy already (2014) and YOUNG AMERICANS (2013). He has a Twitter, Instagram, Website, and Tumblr. He lives in Cleveland, Ohio.