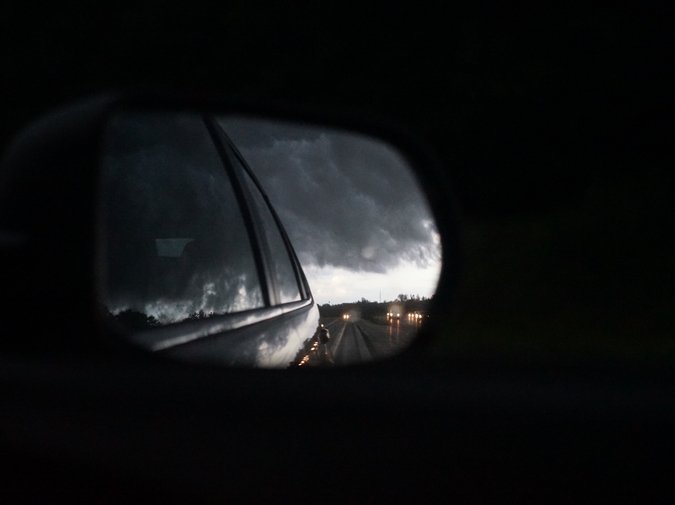 Recently, I went for an hour-long walk around my neighborhood with nothing but a watery Dunkin Donuts iced coffee in one hand and the bubblegum-punk rock cocktail of Hayley Williams’s voice in my ears. The new album is another shift in style for Paramore: the pop vibes are reminiscent of the 80s, mostly upbeat save for a couple of somber songs, and the lyrics across each track are thick with melancholy. Listening through the entire album for the first time, I wanted to dance and sway and sing at the top of my lungs; dammit, I wanted to cry.

See, I’ll be moving to a new apartment in a different neighborhood soon, so this walk was an extended goodbye to two years of a place that has just now started feeling like home. But while I am nervous for what’s to come, I’ve always found comfort in Paramore—whether I was: 15 and head banging to “Misery Business” during anime club; crushing it on my Rock Band drum set to “That’s What You Get”; fucking up at my first publishing internship with an earful of “Ain’t It Fun”; or lip-syncing to “Still Into You” in my junior year dorm room, at 4 a.m., when I was in denial about how in love I was with a best friend. And here they are again, like a welcomed hug from the past, to help me out in the middle of a year I’ve spent reevaluating old friendships, career choices, poor dietary habits, and what true happiness might look like, or if it even exists.

There may be a lot of good ahead, but certainly there will be hard times, too. There will be dreams I chase after, and those I’ll give up. I’ll display fake happiness for days, months, maybe even years, because I’ve never been great with moving on. (Load me up with enough bourbon and I’ll wax poetic about how I pushed the love of my life away; give me a shot of tequila and I’ll entertain you with stories about my college enemies.) With all of the ups and downs of living in a constant state of regret and reflection, preferring my past to the future or the unsatisfying present, feels cozy at times. Maybe even safe. But after listening to After Laughter, I feel capable of embracing something different.

Christopher Gonzalez is a Cleveland-raised, Brooklyn-based writer. His work has been published or is forthcoming in Split Lip Magazine, Modern Loss, The Vassar Review, and Chicago Literati, among other publications. He is currently an assistant fiction editor at Barrelhouse.