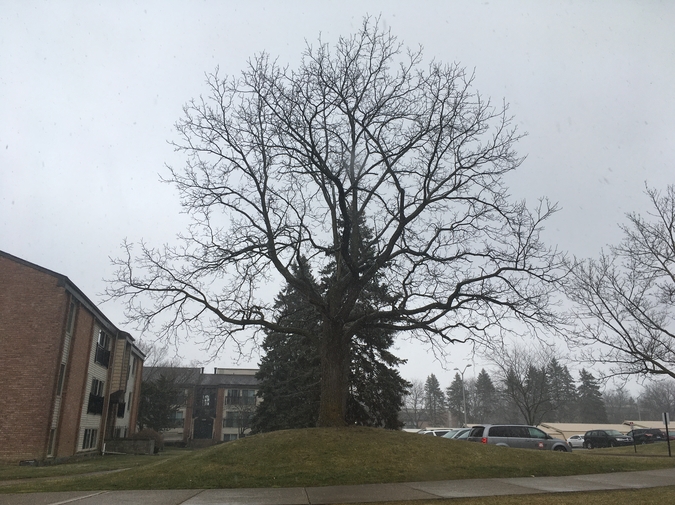 The first time I was called a chink was by another Asian.

We were on a school bus coming back from a field trip. It was late afternoon in late summer, and deep golden sunlight sat heavy like honey pooled on dusty brown vinyl seats, on dull aluminum bent around scratched plastic windows, on the warm smooth skin of a boy’s hands and face. We were in 6th grade, and our families were friends.

I laughed in surprise. But you’re Chinese.

The boy was on his knees, facing backwards to talk to me. Around us, other kids listened while pretending not to.

He blinked at me and let it go. The invisible attention shifted and dispersed on the bus.

Only two definitions show when I search. Innocent ones. Beautiful, poetic ones. I expand the results and scroll all the way down to find it. This is the opposite of how I feel. It will always be the first meaning for me.

There is something wrong with this definition. Chink is not a person. Chink is a weapon that can be used against me.

My mom tells me about every attack on Asians that she hears about from friends, from family, from the Chinese language news. Her friend was chased after buying groceries. He ran to his car and locked it just in time. They kicked the door so hard, it left permanent dents.

Never go outside, she commands.

A 76-year-old Asian woman fought off a man who punched her in the face.

The internet gloated that she won. You should see the attacker!

Instead, I see the woman—an elderly lady with dark purple bruises and rust red cuts all over her face, hands, and thin, translucent skin. Her right eye bloody and swollen shut from pain.

On a sunny Saturday afternoon, robbers shot and pistol-whipped Chinatown pedestrians two blocks from my home. I walked by as they lifted one guy into an ambulance. A dark red blossom expanded and expanded on his white cloth bandages.

What if I was there just a few minutes earlier?

I can never tell my mom.

I will never tell my mom.

She worries so much that she cannot sleep through these nights.

a chink in someone's armor — a weak point in someone's character, arguments, or ideas, making them vulnerable to attack or criticism.

“Chink in the Armor”

In February 2012, a sports editor was fired for using this phrase as a headline about Jeremy Lin, an Asian basketball player.

That phrase had been used over 3,000 times on the ESPN website.

That phrase had a meaning over 300 years before chink became a slur.

Once a word is used to hurt people, is that all it can mean?

The editor got hate mail and death threats. Thought pieces and protests sprang up within hours. Talk show hosts made jokes about him, saying chink many, many times on national tv.

The basketball player Jeremy Lin was loved for one season. Headlines proclaimed “Linsanity.”

make or cause to make a light, high-pitched ringing sound, as of glasses or coins striking together.

In my twenties, I was called a chink by a mom walking her son to school.

I was hung over and couldn’t walk straight on a narrow city sidewalk. She had tried to walk past me several times, but I kept staggering sideways in front of her, not realizing she was there. She cursed at me.

Her son looked up with big eyes. The mom looked exhausted. The kid kept looking back at me as his mom pulled him to walk away faster, not saying another word.

I’m sorry I annoyed you, I yelled. My heart felt small and tight, hardened up like a fist inside me.  I hope you’re proud of yourself, bitch.

In January 2022, a warning has been added to the top of the results page.

Chink is an English-language ethnic slur usually directed to a person of Chinese descent. However, the word is also often used indiscriminately against people of East Asian appearance in general.

What about the other meanings? The innocent ones. The beautiful, poetic ones.

The sports editor thought about killing himself. Strangers from around the world told him to. Then Jeremy Lin reached out.

It was a turning point.

I’m eternally grateful to him for his kindness, said the editor.

The 76-year-old woman slowly healed. Her right eye re-opened, and she could see again. People around the world donated nearly a million dollars to help with medical bills. Her family announced that she would donate it all to help others.

a narrow opening or crack, typically one that admits light.

We have the power to transform what we’re given.

In 6th grade, we used to blow paper wrappers off of clear plastic straws. The paper was so thin that it was translucent. The more force we used, the less it flew. If we were gentle, the paper would waver up into the air, circle the sky, and filter sunlight through its body as it spiraled down, down, down in long, languid loops.

The distance between the boy on the bus and me was so small that I didn’t see it. After he turned back around, I basked in the honey golden light. A curling breeze flicked my hair out the open window, in rhythm with the rumble of wheels moving us forward in a late summer sway.

Shirley Chan is an emerging writer focused on creative nonfiction and poetry, with a memoir-in-progress supported by Tin House (Summer Workshop 2022) and Writing by Writers (Tomales Bay 2022). She has developed editorial strategies for beauty and tech brands, ghost written a business book, and been published in The New York Post, Daily Dot, and NYC Midnight. When the words part of her brain needs a break, Shirley embroiders. Hang out with her on Twitter at @irleywrites.