A Hole in the World 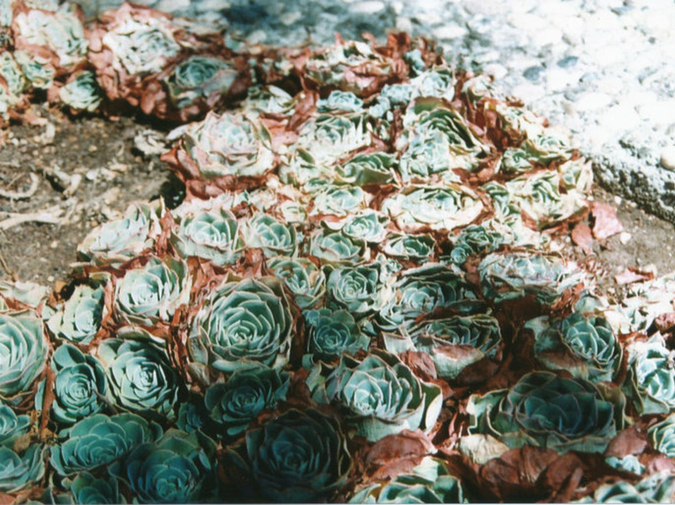 Prawin, I never knew how to say your name. Syllables hinge on a rustle of wings, but the difference of sound is the difference in friction between lips and teeth.

In discreet tones we asked your fellow Nepalis for a pronunciation. Each one mumbled it differently. We garbled it back. If, on the inside of your mouth, you made the shape of what your brother, mother, grandmother calls you, we could not repeat it.

I believed the first part was a hard sigh. So when I wanted to bring you up in conversation, I leaned heavy on the first syllable and swallowed the rest. When I wanted to get your attention, I pushed out the first PRA and masked the rest with dai, that suffix of casual endearment, and hoped that before the second syllable, you would already be looking at me.

Prawin-dai, you told us we could walk until morning, that you would take us to watch the city-states come into focus from a darkened hill. We were two American women, writers who had traveled to Kathmandu that December on university fellowship. Nandi and I hardly knew each other, but now shared a toilet and a portion of our foreignness. Walking the closed-in streets, Nepalis reached out to tug on Nandi’s short dreadlocks and commented shyly on her African skin. I was pale enough all over to be called blonde. The sacred valley had swallowed us, and we jostled for views from its interior, falling through its carved latticework arteries. Even the mountains’ thin-air vistas reflected all we would not see. In the white-bright mist, I saw only the discrepancies in my vision, the scratches on my iris.

We were surrounded, but Prawin (Pro-Bin?), you told us you would take us outside. You, young Nepali literati. You in glasses and scarf, college-educated in the U.S. You who shared our primary interests in writing and drinking. Prawin, I keep telling you things you already know.

The night I’m remembering was before we smoke hash at Christmas dinner, and you pledge to publish the book I haven’t yet written. This was before the astrologer tells me he sees no art in my future but lots of money, and you propose marriage. And I know you are teasing but blush anyway and everyone laughs but also nods as though it were not impossible but—considering my forthcoming wealth—almost practical.

This was after we read our stories and poems aloud over shots of raksi and platters of goat brains. This was hours after the book-talk in the garden by the apricot-skinned Ivy League ex-pat. The one wearing the voluminous hippie pants, who lectured in a long stream of hushed, smiling words. Who wrote the history and then summarized it, of a Nepali lama, famous in the last century or the one before. This important lama, the reincarnation of somebody else important, discovered the passageway to the next universe and led a hundred believers up a mountain to go through it. On this mountain, they huddled in ice-caves and waited for the opening, waited to walk through a hole in the world.

In the photo you clipped the next day from the social pages of the Nepali Times, I am sitting in the audience, rolling my eyes into my head, my mouth hitched up to one side. It was never a face I meant for anyone to see, and I tried to snatch the scrap as you passed it around the group.

You took us to a peephole Newari restaurant with woodplank benches and a toilet room that was nothing but a tiled black box, where I thanked the heavens there was no light. I believe Nandi and I both wanted to align ourselves with you, anyone but the lama lecturer. With you, I tried to drink away my implicit parallels with him—my Americanness, otherness, temporary status, yes, my whiteness, our assumed permission to speak and understand—the all-wrongness of the whole scene. You, who knocked back moonshine while lamenting your country’s 56 percent literacy rate, as though we could comprehend it. You, who told us our names each meant something in Nepali. Nandi is Shiva’s bull, mount and gatekeeper of the god. Katie sounds like keti. Keti means girl.

You told us there would be a political strike the next day, and the highways would shut down, that it would be impossible to drive to the village school as we had planned. That there was nothing to do but walk all night and sleep the next day.

So we followed through empty sidestreets, past black window after black window. The government shuts off the electricity at random times, and people in Kathmandu sleep when the dark comes. Except you, Prawin-dai. You walk and smoke and wink and rail. There’s a nice temple at the top of this mountain, you said. We’ll watch the sunrise there.

But what, I said loudly, what is his song? How do you strum pain? Did you hear this song is about Don McClean? You know, the “American Pie” guy?

You told me to shut up. A line of policemen in fatigues stood just over the rise in the road. Each one held a rifle.

We knew next-to-nothing about the history of curfews, of military rule, of the residue that reigns. We forgot our alibi. You spoke congenially to the soldiers in Nepali. The young men, faces shadowed even deeper in the already-dark by the brims of their caps. We don’t know what you said, but they let us pass. We kept walking out of the city, into the pines, where the earth tilted up.

We followed you up the empty road until our calves hurt. I was still silly and singing. It was Nandi who first grew impatient and called out to you. How many more hours until the summit, the sun? How much further? Where were you taking us?

This is bullshit, Nandi said.

What if the city did not shut down with the daylight? What if the car came in the morning and we were not in our beds?

The dark deepened and blurred. I took up Nandi’s doubt. Why did you tease us? Why didn’t you answer? Why wouldn’t you turn around?

Could I stand the climb and cold? Could I stand the not-knowing? If Nandi went back down the mountain now, could I let her walk alone? Could I risk that too? Would we be allies then? How much could I know her?

Before I said a word, you tightened your scarf and set off, quickened your pace. You said to trust you, but you walked as though you didn’t know us. Which, of course, you didn’t. I ran out of songs. I forgot why we came. The buzz wore off and the cold wore on and I realized I couldn’t stop you with a name. I tried out various pronunciations, curses, trying to pause you. Finally—

I tried to shout this, but my tongue failed again, and you didn’t seem to hear.

In the end, we said very little. You took the stairs two at a time, and Nandi and I turned around and without arguing, trekked back down the mountain in the still-dark, two young women alone with faces that marked us foreign, hoping we remembered the way to our cold beds. Hoping we could pronounce the words to ask for directions, if we met soldiers or otherwise.

You never turned. You kept climbing.

Later that week, at another book party, you say you expected us to follow. It really was a nice temple, you say. We go out drinking together. We stay out too late a few more times. On our last afternoon, you give us a tour of the alleys and secret courtyards of Patan Square. When you tell us that on the other side of a high wall is the city’s ancient garbage dump, we believe you. When we stand on tiptoe and peer over the wall, we find a fountain.

Before I leave, you still ask me to come back. You say I try too hard to please Nandi and everyone else. Perhaps you include yourself. You surprise me when you say you’re glad I’m leaving before you get used to me, before you fall in love.

Listen, Prawin, I am still getting it wrong. If I ever crack open your name, like a delicate puzzle-box, a vessel that buzzes and rattles like a scarab shaking loose its gold, I will be surprised, I think, to find at center nothing more than a vibration.

Katie Moulton's writing has appeared or is forthcoming in XOJane, Village Voice, Quarterly West, Ninth Letter, FreezeRay Press, among others. Her work has been supported by Indiana University, OMI International Arts Center, and the Vermont Studio Center. She lives in Bloomington, Indiana where she writes, works for an historic theater and deejays on indie radio.