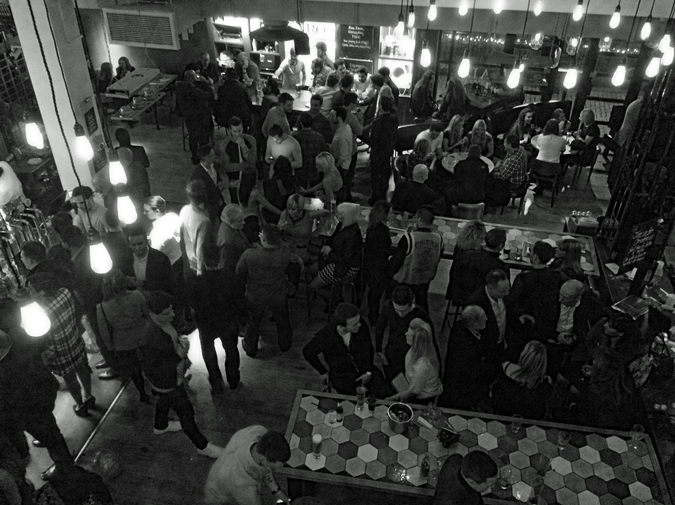 Today Leigh Chadwick’s horoscope is the memory of the night at the bar, the humidity from an open window in the women’s bathroom and her back pressed against the wall as a boy crawls through her, planting tulips in her spine, whispering every word that rhymes with mellifluous in her ear as his fingertips—calloused, swollen—trace the rhythm of the sea down her chest, and then she’s outside, standing in the middle of the gin-soaked parking lot, her head between her knees and her lungs scraping the enamel off her teeth as the crisp sheet of night covers whatever the boy next to her is about to say.

Leigh Chadwick scribbles an analogy on her bathroom wall: Dolly Parton is to Mother Theresa as orgasms are to _______ (think, never meeting a gun in aisle three at Kroger; think, the lump in the throat of your third lover). Leigh Chadwick closes her eyes and slides her tongue across the back of her teeth as she repeats her four favorite emotions over and over in her head: cactus, having sex with men shaped like men, marigold, the one Liz Phair album that doesn’t suck. She hoards any hope for eternity. She keeps her regret in the cupboard. She spends the seventeen minutes before dusk cutting her emotions in half. The next morning she sets up a booth at the farmer’s market off Kingston Boulevard, where she sells them for a pantry full of kites, a flirt of wind, a box of dust.

Leigh Chadwick is the author of the chapbook Daughters of the State and the poetry coloring book This Is How We Learn to Pray, illustrated by Stephanie Kirsten. Her poetry has appeared in a number of literary journals, including Salamander, Passages North, HAD, and No Contact. Her debut poetry collection, Wound Channels, is now available for preorder. Find her on Twitter at @LeighChadwick5.