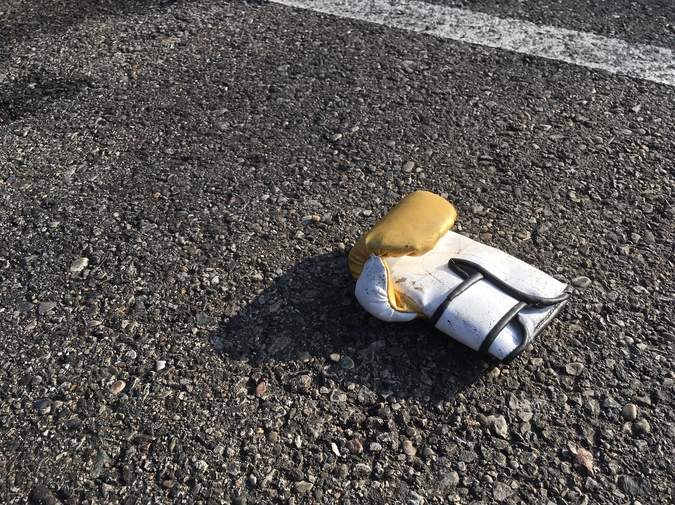 The King of the Suburbs

They know his name at Carraba’s.
He’s never gotten a parking ticket.
His Christmas display isn’t the biggest
but it still makes people weep in their Mazdas.
Hearing about his health insurance plan
would make you want to drive off a bridge,
so we’ll just skip that. He loves the way his daughter
does commercials for his dealership. His shirts
actually are wrinkle-free. He can offer to pick up
the tab without doing any mental calculations.
He’s never been afraid of what’s waiting
in the mailbox.

A Room to Myself

The American Pickers are in tears
over Aerosmith’s van and
upstairs in 525 they’re running
receiving routes with an anvil.

I should be back home trying
to open the wrong Prius
in the daycare parking lot.
I should be watching my son

wrestle an invisible version
of himself
because I asked him to
put on the wrong pair of socks.

The thread count on these sheets
is itch hundred and honestly, same
with the ones at home but those
at least smell bad in a familiar way.

I’d trade every quiet second
in this Holiday Inn Express
for one small pile of wet cheerios
decomposing into carpet.

Tonight should be my best night
of sleep in months—a room to myself—
but I can’t relax for the invisible version
of myself, asking me questions.

The Center of The Universe

The Center of the Universe
is a parking lot in downtown Tulsa
where you can say hello and the universe
says hello back in your own voice, louder

Select all squares that contain
The Center of the Universe

The Center of the Universe
can only be seen by staring
into the center of the screen’s
spinning rainbow circle.

Danny Caine is the author of the books CONTINENTAL BREAKFAST (Mason Jar Press, 2019), EL DORADO FREDDY'S (Belt Publishing, 2020) and FLAVORTOWN (Harpoon Books, 2020) and the zine HOW TO RESIST AMAZON AND WHY (Microcosm Publishing, 2019). His poetry has appeared in Lit Hub, Hobart, Barrelhouse, and DIAGRAM. He lives in Lawrence, Kansas where he's the owner of the Raven Book Store. More at dannycaine.com.