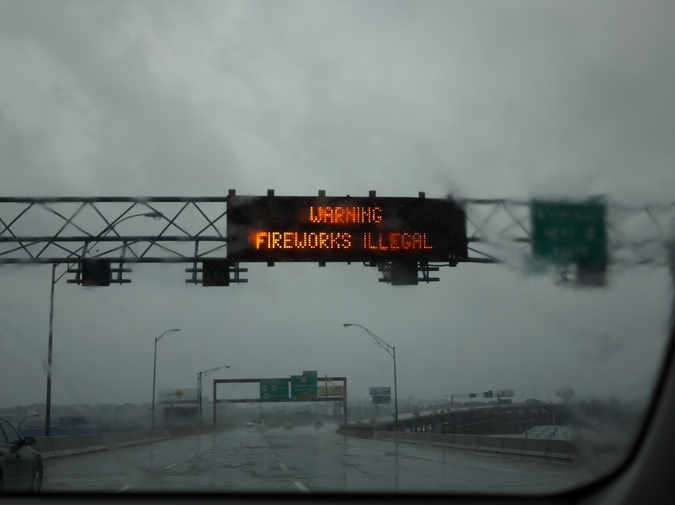 just a bunch of shit that’s happening. But no one ever told me much

about Saginaw when I was living in Saginaw, like how sometimes

were more people standing outside of cars than there were

sitting in them. If someone would have told me Go on, I would have

drinking stories, like the time me & J were chucking forties at a

tractor in a cornfield while Andrew was getting cuffed for

our weed in his car, or the time Donnie hid from the cops by

sliding under a car & getting all up in that shit, a move he said

he learned in Saginaw, like, the real Saginaw, sitting on his friend’s porch

listening to gunshots the way you’d watch a fireworks show.

Bet I won’t cut this V deeper, strut around your house like a moon in orbit. Bet these new shoes don’t slide on nice. Bet I don’t romp around like a motherfucker, feel up on every inch of these walls. I’m smooth now. Like ice on glass. I get my mileage—it’s high time someone strap on a pair of kicks & show you how to make it hurt. Every day I take one hundred and forty five jump shots. I run to the rec & I change my shoes on a bench & I shoot & I shoot & I shoot & when someone asks me to play I say No because it feels good to make things uneven. I sweat. My new skin is lube on ice on glass. Smooth like rain on raincoats. It’s like this: your hand was a storm cloud. I watched it blow away.

This Reunion Could Be Going Better

When you first see me, you gasp at my bones. I’ve gotten sharper. Your hands find the stick and mud of my shoulder blades & your sifting feels judgmental. What did you expect? I say. The skin melted fast without you. It feels so new, you say, and I wait for it to sound like a compliment. My fingers climb higher on a ladder of bone. I turn each disc in my hand, try to remember what I named it. One drops and bounces away on the hardwood floor.

You tell me you’re new, too, and for a second I think we’re going to compete. I’ve sweated through two bodies and an entire set of picture frames, you say. It shows. You’ve painted your walls a fluorescent collage. Your new friends wear slacks in the daytime and snapbacks at night. You talk about them like they’re superheroes. I wore snapbacks, I say. You wore baseball caps backward, you say. There’s a difference. A news anchor on the TV stops his broadcast, looks me dead in the eye and whispers, Go for the lumbago. It’s clear by now we’ve both forgotten the curves of our spines. When you call me your first guest in a new apartment, I just close my eyes. I was holding you when this poem started. Somewhere in the middle you slipped yourself away.

Justin Brouckaert's poetry and prose has appeared or is forthcoming in The Rumpus, Passages North, Smokelong Quarterly and NANO Fiction,among other publications. He serves as fiction editor at Yemassee and Banango Lit. Find him on Twitter @JJBrouckaert, where he tweets about writing, fantasy football, giant anteaters and Drake.