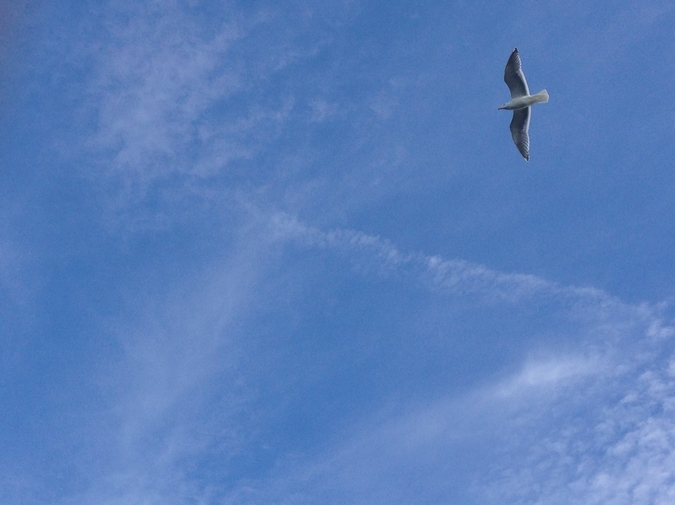 David Byrne is magic. Not, like, figuratively: really. He knows card tricks and makes bunnies disappear, and then reappear. He can cut you in half like it’s nothing. He walks on nails and coals and across water like they’re all cool valleys of grass. If you’re feeling weird, you might as well face this fact: we’re all weirder than the next, for sure. We’re all bouncing around in weird Jello, bumping up against other versions of weird, just hoping to be tapped out of a top hat like that, like snap. David Byrne was kicked out of choir as a child because he was weirdest of all. He’ll take your money: snatch your wallet right from your pocket; make you consider the value of having pockets at all. He’ll flip everything around: put furniture on the ceiling, and eat breakfast for dinner, always. He’s handy with a razor and with melody, reversed. David Byrne will rig the pipes to play music out of your showerhead; he’ll ask the furnace to keep a beat, and, of course, it will. And if anything ever starts making sense, or starts to get boring, David Byrne will shine a light turning everything into a bicycle built for ten, so that you’ll have to choose your nine favorite friends to ride off with, into the fog.

There’s actually no such thing as an adult. That word is a placeholder. We never grow up. We’re not supposed to. We’re born and that’s it. We get bigger. We live through great storms. We get soaked to the bone. We realize we’re waterproof. We strive for calm. We discover what makes us feel good. We do those things over and over. We learn what doesn’t feel good. We avoid those things at all cost. Sometimes we come together: huge groups in agreement. Sometimes we clap and dance. Sometimes we look like a migration of birds. We need to remind ourselves—each other—that we’re mere breaths. But, and this is important, sometimes we can be magnificent, to one person, even for a short time, like the perfect touch—the first time you see the ocean from the middle. Like every time you see the low, full moon. We keep on eating: chewing, pretending we know what’s going on. The secret is that we don’t. We don’t, and don’t, and don’t. Each day we’re infants: plucking flower petals, full of wonder.

I went to the art museum today, to get you
out of my mind, but my favorite band was there

playing a song full of sorrow, over and over
for six hours without stopping. And I stayed:

and was holding me, on display.
Tiny placard, name neatly typed with facts:

my life recorded for the audio tour.
It was comforting, actually, because being held

by a sharp thing, is still being held.
Even six hours of sorrow, even sorrow

with an encore of sorrow, comes to an end.
I didn’t feel like getting on the train, so I walked:

over a bridge and past couples holding hands,
graffiti, pool halls, record stores. I thought

maybe, I could walk forever. I thought, maybe
we don’t know what’s not possible

until we at least attempt it. In Indiana
I had an Akita. For months

I tried with all my patience to teach him
to say “eggs.” He wouldn’t. It was frivolous,

but I thought, if I could come home, ask him
what to make for dinner, have him answer

with confidence each time, then I’d be a little less
lonely. I made eggs anyway, and he watched.

I imagined a day when I’d have someone
who could answer me: look at me with moon eyes

and tell me, Eggs tonight, in a voice that knows
sorrow and doesn’t mind it so much.

Micah Ling lives in Brooklyn, New York where she works at a running shoe store. Her collection of poems, Settlement, was published by Sunnyoutside Press in 2012.