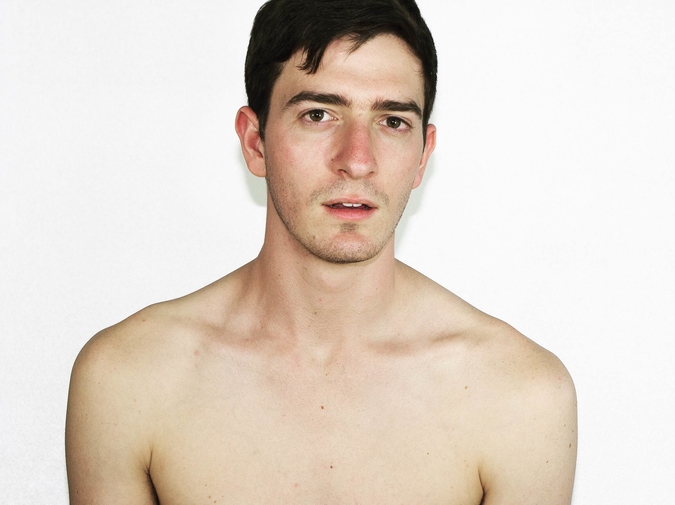 What a feeling to find yourself
wearing a nude thong
mounting a green motorcycle
on the internet: a new gif, and how
many spins through Tumblr already?
How many sighs of disappointment
when everyone wants authenticity
but I’m all we’ll get in Los Angeles?
Too many. The time for questions
is later. This is my line in the credits,
the audition’s misremembering,
and what I should be: a chance
to rethink our masculine monuments.
How long can we go on lusting over
what we’ll never be given?

How could one know he wants, Justin,
to be an island,

to be the thing you pointed at, nude,
on the bow of a boat, until you share online,
courteously, this wild

never learned.
How I’d rather wait for what’s to come—

but patience, impossible, how
everyone is bleaching their hair but
no one can let it fall in his face quite the way you can.

one man with both.          What
is wooing me is your “universality,” your lack
of distinctions, decisions, whatever

is going on in the beat of your new song.
The hours I’ve lost awake waiting for sleep

and still, here, the embarrassment of my age.
I had a man bun before Matt Damon.

but what do we mean?          Why can’t we listen?
When did communication become so prone

to damage, so ubiquitously obtuse?
My father claims never to know what my mother’s saying,
relies heavily on volume and classic rock.

And now he relates, tolerates your new beat
on our drive to the casino my mother told us to visit.

Who believes the cop didn’t actually catch you drag racing.
Who doesn’t love a bad boy.

while insisting on keeping the windows down.
Sometimes I can get what I want only

I admit.          My mother says we’ve got
to find something to talk about and my father

says little, so yes, Justin, I’ll learn
the lyrics, to dance to this beat,
to let it please my mother until it doesn’t.

Doug Paul Case lives in Bloomington, where he recently earned an MFA at Indiana University. His work has appeared in Salt Hill, Court Green, Washington Square, and Salon. He tweets @DougBTW.